VATICAN CITY -- Pope Francis praised the “heroic service” of health care workers during the coronavirus pandemic, but also took a dig at some conservative priests who defied safety measures — calling their complaints over church closures “adolescent.”

The pope made his comments June 20 at the Vatican while thanking doctors and nurses from the northern Italian region of Lombardy, which was the hardest-hit region in the one-time European epicenter of the pandemic.

The pope noted that most priests were “obedient and creative” in remaining close to their congregations in the difficult months of the pandemic, even when they couldn’t be physically near them.

“The pastoral zeal and creative concern of priests has helped people in their faith journeys and given them companionship in the presence of pain or fear," Francis said, according to Religion News Service. “They were fathers, not adolescents.”

Francis also criticized the complaints of some priests who spoke out against lockdown measures, calling it “adolescent resistance." 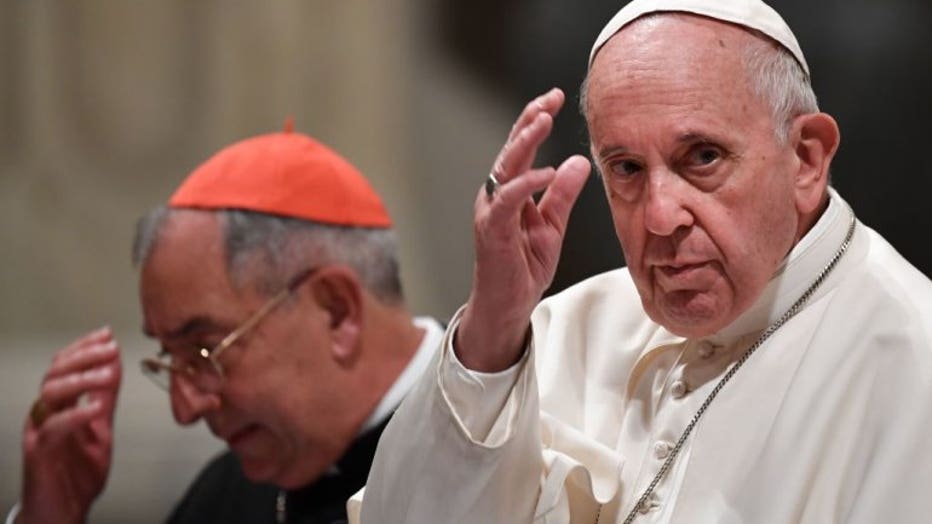 Some conservative members of the clergy blasted church closures as a violation of their religious liberty. At the height of the pandemic, Catholic Cardinal Raymond Burke published an open letter stating that access to mass and the sacraments must not be denied.

“Just as we are able to purchase food and medicine, while taking care not to spread the coronavirus in the process, so also we must be able to pray in our churches and chapels, receive the Sacraments, and engage in acts of public prayer and devotion, so that we know God’s closeness to us and remain close to Him, fittingly calling upon His help,” Burke wrote March 21.

During the address, which was only the second time the pope has welcomed a group into the Vatican since it locked down in early March, Francis pointed out that many doctors and nurses were included in Italy’s death toll. More than 40 nurses and 160 doctors died during the outbreak nationwide, and nearly 30,000 health care personnel were infected.

Francis said the country would remember them with “prayer and gratitude.” He added that Lombardy’s medics and nurses became literal “angels” helping the sick recover or accompanying them to their death, given their family members were unable to visit in the hospital.

Speaking off the cuff, Francis praised the “little gestures of creativity of love” they provided: a caress or the use of their cell phone “to bring together the old person who was about to die with his son or daughter to say goodbye, to see them for the last time...”

“This was so good for all of us: testimony of proximity and tenderness,” Francis said.

In the audience were the bishops of some of the hardest-hit cities in Lombardy, as well as representatives of Italy’s civil protection agency, which coordinated the emergency response and built field hospitals around the region. They sat well-spaced apart and wore protective masks.

As more countries begin to ease safety measures enacted to help curb the spread of the virus, Francis also urged people to not to slip into “self-centeredness” and forget how much they rely on others, according to Religion News Service.

“In these months, people couldn’t participate in person in liturgical celebrations, but they didn’t stop feeling like a community,” Francis said. “They prayed alone or with family, with social communications tools. They were spiritually united and aware that the embrace of the Lord extends beyond the limitations of space.”

He added that he hoped Italy would emerge morally and spiritually stronger from the emergency and the lesson of interconnection that it taught: that individual and collective interests are intertwined.

“It’s easy to forget that we need one another, someone to take care of us and give us courage,” he said.