Slip in security: Reports from three agencies show 27 weapons lost or missing since 2009

Slip in security: Reports from three agencies show 27 weapons lost or missing since 2009

MILWAUKEE — More than two dozen police weapons are missing or have been stolen from local law enforcement agencies since 2009. An open records request submitted to the Milwaukee Police Department, Milwaukee County Sheriff's Office, and the Wisconsin State Patrol shows 27 weapons, including guns, tasers and pepper spray have been lost or are missing.

Records show in December 2014, a Glock was lost at the Wisconsin State Patrol Training Academy. The weapon, which was issued to a cadet as part of his training, hasn't been found. 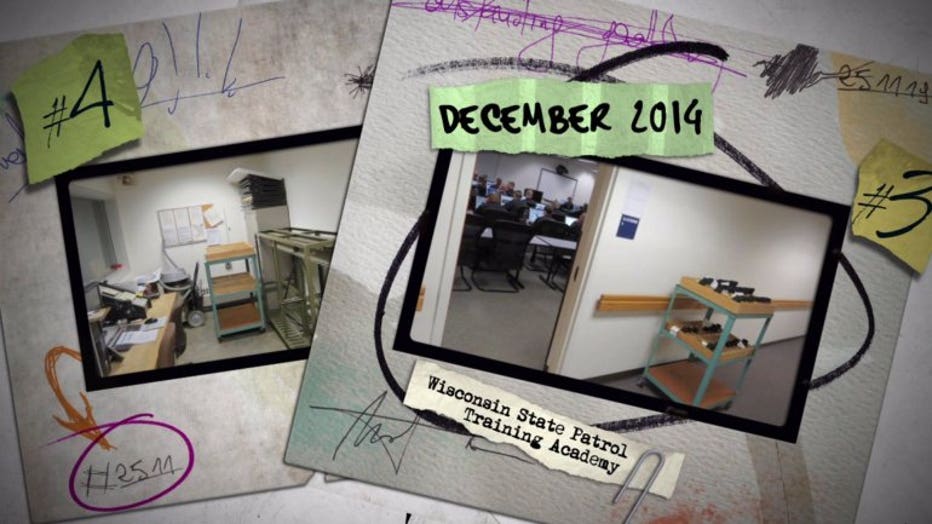 Records show in December 2014, a Glock was lost at the Wisconsin State Patrol Training Academy. The weapon, which was issued to a cadet as part of his training, hasn't been found.

Police officers accidentally left their guns everywhere -- from the hood of their car to the back of a toilet, according to the records. 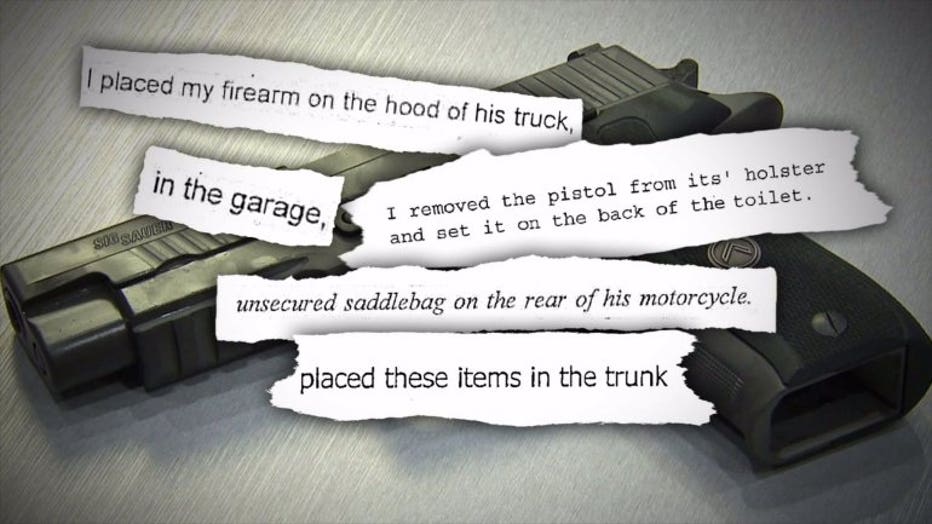 One officer, while on a hunting trip, accidentally placed his gun on the hood of his truck and drove away, not realizing his weapon had fallen off. He retraced his steps in the forest, but never found the gun.

Other officers secured their guns in the trunk of their cars while they went to get a drink after work, and their cars were broken into.

"I wanted to do the right thing and not carry my weapon on my person where I was going to the tavern to have an alcoholic beverage with my friend. I thought I was securing my weapon in the trunk of my car in a highly well lit area," one officer said. 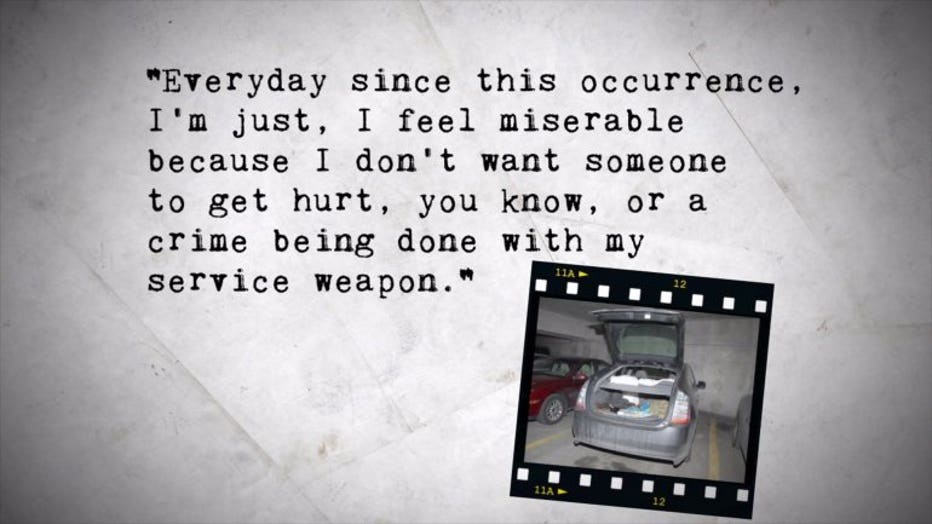 Officers, who are often disciplined for failing to safeguard department-issued equipment, expressed deep remorse in internal investigations and worried their weapons would be used to commit crimes.

"Every day since this occurrence, I'm just, I feel miserable because I don't want someone to get hurt, you know?" one officer said.

"I understand it's my actions and my reason that this gun is out there," another officer said. 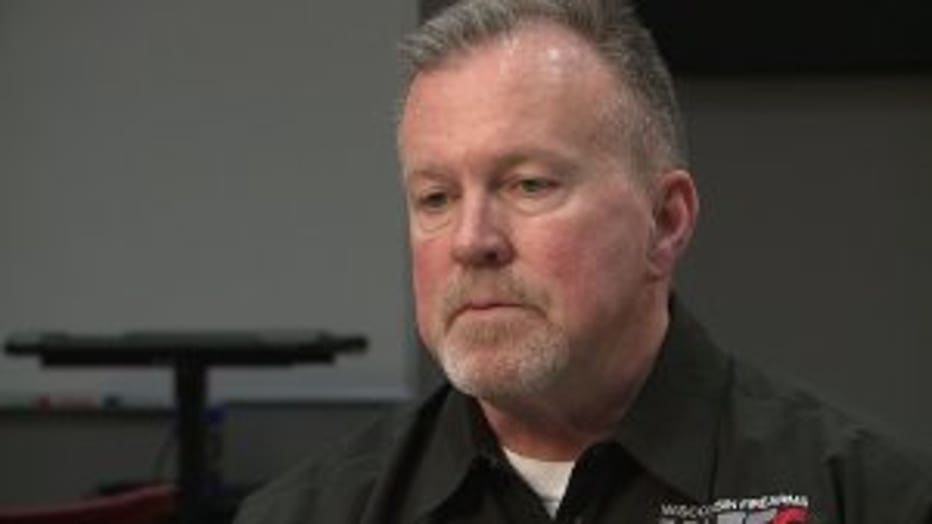 "One of the nightmares that law enforcement officers often have, whether awake or asleep, is that their firearm is taken and they or their partner is killed with it," says Jeff Smidt, a retired 32-year veteran of the Waukesha County Sheriff's Department.

Smidt is now a training coordinator for the new Wisconsin Firearms Training Center. He teaches people about gun safety and the importance of securing your weapons.

"All firearms should be secured -- but because the nature of the business, you find that you’re carrying your weapon off duty quite frequently. Law enforcement officers can be victims of crime as well. Just because they have a badge on doesn't mean they're not going to be victimized," Smidt said. 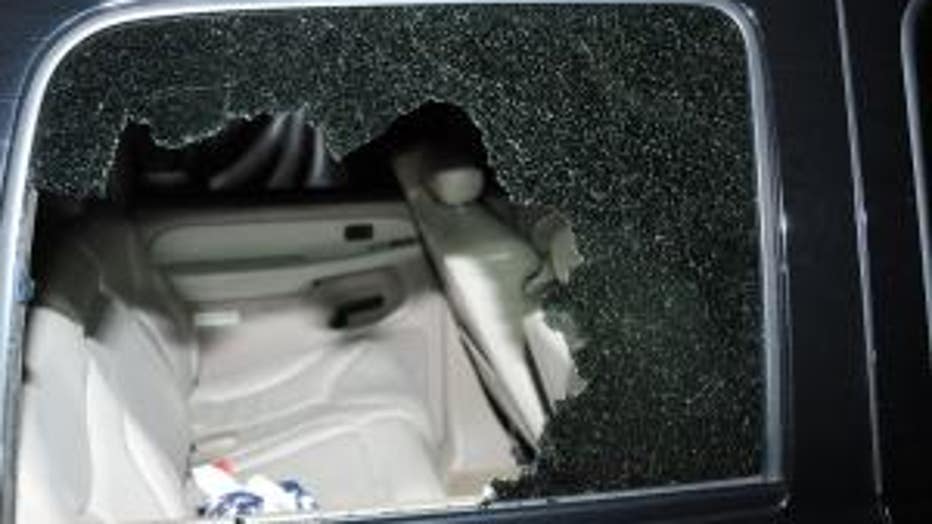 An undercover Milwaukee police vehicle is broken into, and an officer's gun was stolen.

Over the last five years, most guns were stolen from police cars or found missing during routine internal audits. While policy varies by agency, Milwaukee police officers are not supposed to leave their guns in their cars unless they have special permission or park in a special lot.

"Officers are held to a higher standard. Whether they should be or not, they are," Smidt said.

Jim Palmer, executive director of the Wisconsin Professional Police Association said losing a weapon is a serious issue, but with more than 3,000 officers employed by the agencies FOX6 News looked at, 27 "isn't a very high number." 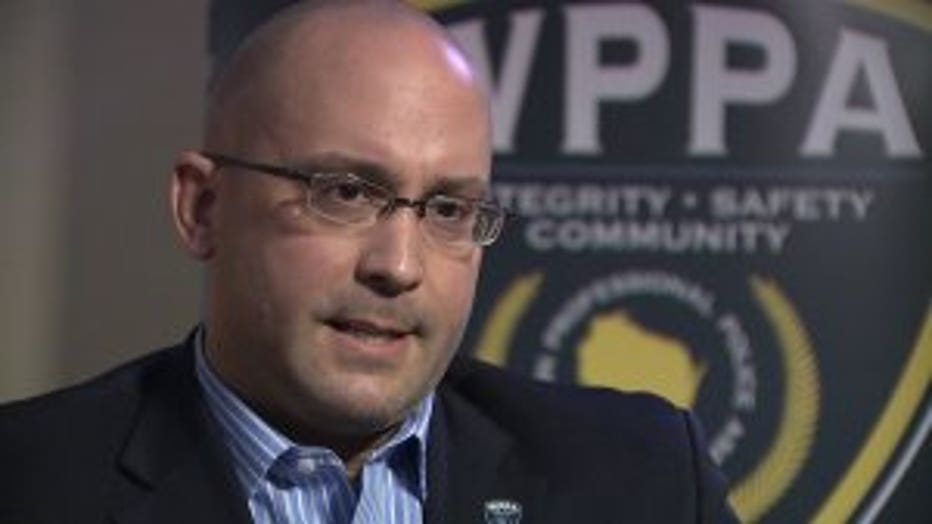 Palmer also pointed out that officers carry a lot of equipment, and it can be difficult to always keep track of it all.

“It’s not very common (to lose a weapon) and certainly that would be indicated by the numbers that you found. Any time a law enforcement agency loses, or a weapon gets lost or stolen, I think they universally consider it a serious incident," Palmer said.

Only one gun, stolen from an undercover Milwaukee police vehicle, has been linked to other crimes. That gun was potentially used in "a lot of downtown Milwaukee robberies," according to an investigation. 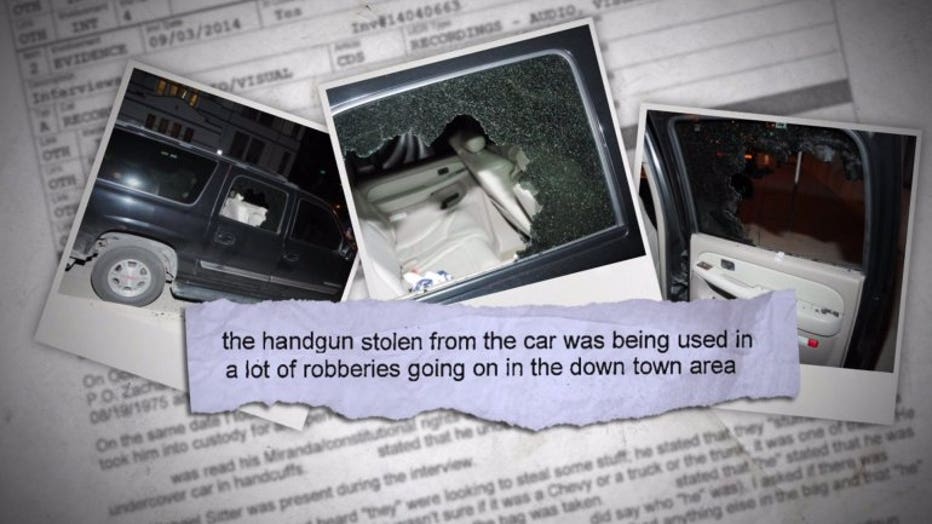 Many of the missing guns have not been recovered.

"The Milwaukee Police Department takes the loss of department equipment seriously. When an item is lost or stolen an investigation is initiated and great strides are made to recover the items.  An internal investigation is conducted and if policy violations are discovered, officers are held accountable and discipline is imposed."

Many officers are suspended without pay. 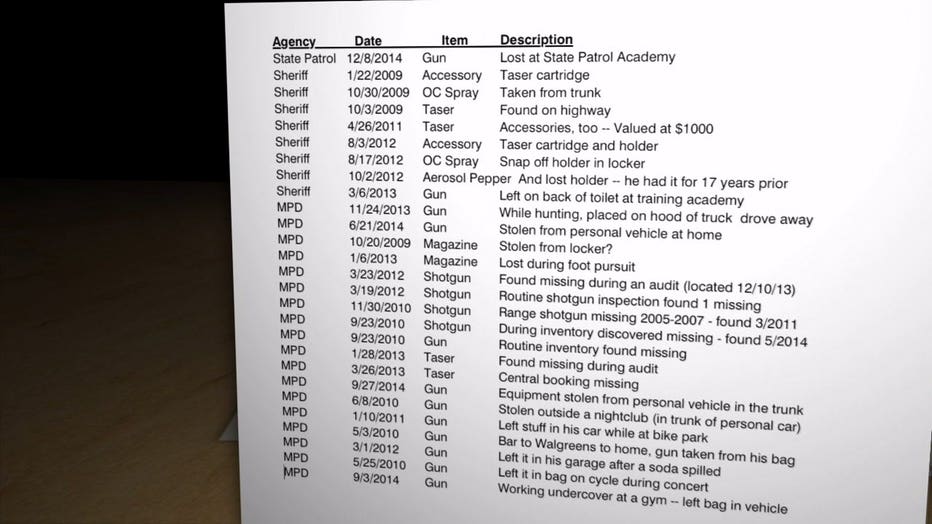 On April 13, 2013, the U.S. Army Criminal Investigation Division declined to investigate the case, but the serial number of the weapon was entered into the National Crime Information Center (NCIC) Database.

The cadet who was assigned the weapon in question successfully graduated from the program and is now a Wisconsin State Patrol officer. He was never disciplined.

As a result, State Patrol officials said gun security and storage measures have been increased at the State Patrol's training academy.

"Work is being done to upgrade the entire academy security system which includes the newly-designed weapon storage system," said Scott Erdman, spokesperson for the Department of Transportation Division of State Patrol.

They have also added a new computer-based weapon inventory system to monitor and track their weapon check-in and check-out procedure.