Police warn of scams that lead to home burglaries

Police warn of scams that lead to home burglaries

NEW BERLIN -- A warning for homeowners: Police say the number of daytime burglaries in the Milwaukee area is on the rise, and police say some of these crimes are starting with a scam. Police in Mequon say two recent burglaries occurred during the day, or the early evening. And these crimes haven't just been happening in Mequon.

It starts with a knock on the door. And then...

"If no one is home, they`re going to try and burglarize," New Berlin Police Sgt. Daniel Hanlon said.

That's what police believe happened in New Berlin recently. A woman who had been driving a black SUV walked up to a home, knocked on the door, and when someone answered, she reportedly asked for Amber. No one by that name lived at the home.

"If someone is home, they`re going to try to come up with a reason or excuse that they`re there -- and obviously it's not legitimate," Sgt. Hanlon said.

Tom Wildt has lived in New Berlin for nearly his entire life. He says he's never heard of anything like this happening before -- but now, he says he's on high alert.

"It's scary. You always have to look over your shoulder -- make sure we watch out for one another, make sure there`s no one suspicious moving around the neighborhoods," Wildt said.

Police are encouraging neighbors to be observant and report suspicious behavior. Especially because there are more tricks thieves are using.

"A group of individuals will come into a community and they`ll start asking homeowners if they want their driveway paved, if they want some service done at their house, roof. They`ll offer a deal on that. While they`re talking to them, lots of times they`ll try to distract them," Sgt. Hanlon said.

While one group distracts the homeowner, a second group will sneak into the home through the back and steal credit cards, jewelry and other items.

"We are definitely getting more requests to get into the subdivisions and make extra patrols," Sgt. Hanlon said. 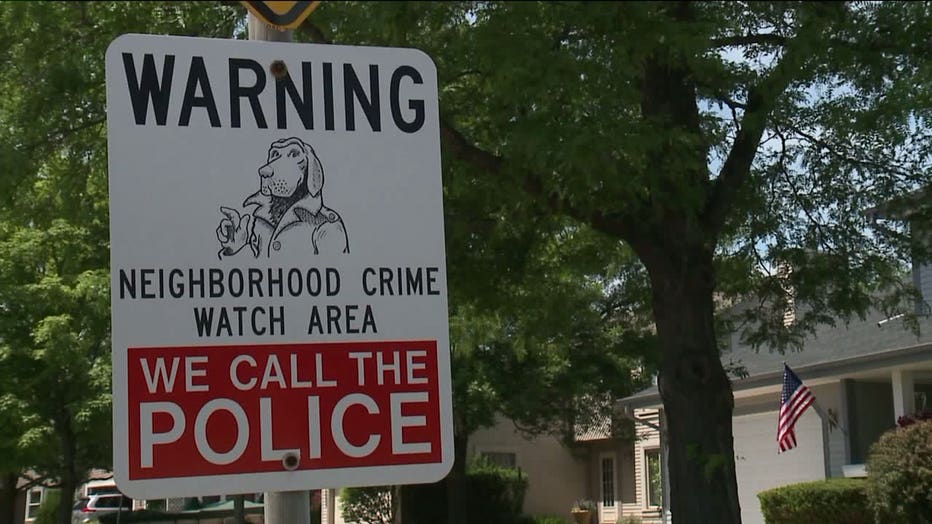 Again -- police encourage homeowners and neighbors to call if you see anything suspicious in your neighborhood.

Additionally, if someone comes to your door during the day and you don't recognize them, you're asked to bring your phone with you -- and don't be afraid to ask questions. For example, do they have a seller's permit? Do they have a business card? Is there a boss you can contact? Anything that can help you learn more about why they may actually be at your door.