AURORA, Colo. — A police chief in suburban Denver fired officers who smiled in photos as they reenacted a chokehold that their colleagues used on Elijah McClain, a Black man who died after police stopped him as he walked down the street last summer.

Another officer received a text with the photos taken at the public memorial for the 23-year-old and replied, “haha."

The Aurora Police Department released the photos Friday as a visibly shaken Interim Police Chief Vanessa Wilson assailed the four officers involved. Three were fired, and the officer who was seen mimicking the chokehold resigned this week.

“We are ashamed, we are sickened, and we are angry,” Wilson said. The officers may not have committed a crime, but the photographs are “a crime against humanity and decency,” she added.

McClain’s death got new attention following nationwide protests over police brutality and racial injustice, and several police agencies have taken swift action to punish officers, including those involved in George Floyd's death May 25 in Minneapolis.

Facing increasing pressure, Democratic Gov. Jared Polis last week ordered the state attorney general to reopen McClain's case after prosecutors last year declined to charge the three white officers who confronted him. It's not clear if those officers are now on leave.

Word of the photos emerged soon after that announcement. Aurora police launched an investigation last week after another officer reported the photos that were taken in October near where McClain was stopped in August — a site that’s now a memorial. 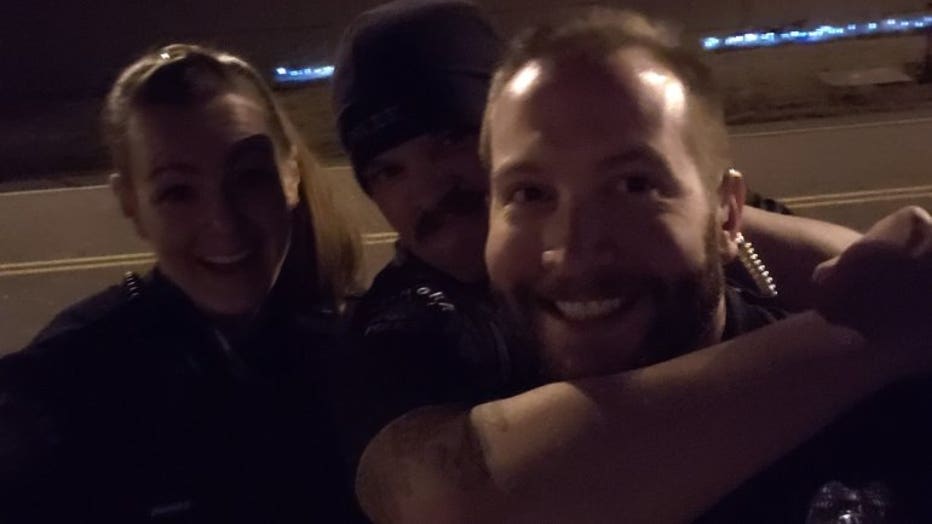 “The fact that three on-duty, in-uniform police officers thought that it was appropriate to reenact the murder, jokingly, shows that the department is rotten to the core,” said Mari Newman, the McClain family’s lawyer who saw the photos before they were publicly released. Elijah’s mother, Sheneen McClain, also saw them.

“For her, it was just devastating to see that people were mocking the murder of her son,” Newman added.

The Aurora Police Association, the union for officers, said on Facebook that the investigation took nine days, while a standard internal affairs case takes months, calling it “a rush to judgment.”

Officers stopped McClain, a massage therapist, after a 911 call on Aug. 24, 2019, reported him as suspicious because he was wearing a ski mask and flailing his arms. Police said they had a right to stop him because he was “being suspicious,” and he begged them repeatedly to let go of him, according to body-camera video.

Police placed him in a chokehold that cuts off blood to the brain, and paramedics administered 500 milligrams of a sedative to calm him down. He suffered cardiac arrest, was later declared brain dead and taken off life support.

A forensic pathologist could not determine what exactly led to McClain’s death but said physical exertion during the confrontation likely contributed.

The U.S. attorney’s office, the U.S. Justice Department’s Civil Rights Division and the FBI announced this week they are looking into whether to launch a civil rights investigation. Federal authorities said they also were considering an investigation into the photos.

Prosecutors decided in November not to pursue criminal charges against the officers who stopped McClain. District Attorney Dave Young recently called the young man’s death “tragic and unnecessary” but defended his decision. He said he couldn’t charge the officers because the pathologist wasn’t able to determine if their actions caused McClain’s death. 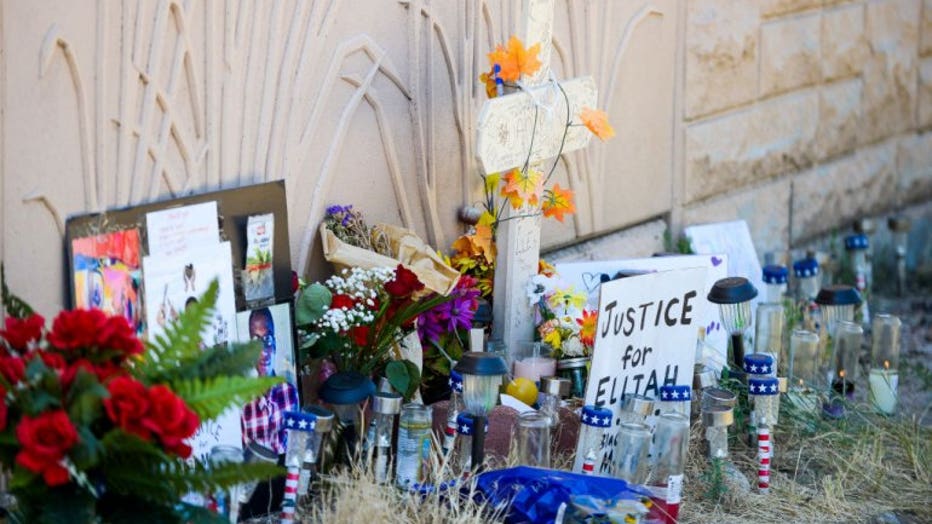 Police body-camera video shows an officer getting out of his car, approaching McClain and saying, “Stop right there. Stop. Stop. ... I have a right to stop you because you’re being suspicious.”

In the video, the officer turns McClain around and repeats, “Stop tensing up.” As McClain tries to escape the officer’s grip, the officer says, “Relax, or I’m going to have to change this situation.”

As other officers join to restrain McClain, he begs them to let go and says, “You guys started to arrest me, and I was stopping my music to listen.”

Aurora police have said McClain refused to stop walking and fought back when officers tried to take him into custody. The officers used a chokehold that cuts off blood to the brain — a tactic recently banned in several places following Floyd’s death.

In the video, McClain tells officers: “Let go of me. I am an introvert. Please respect the boundaries that I am speaking.”