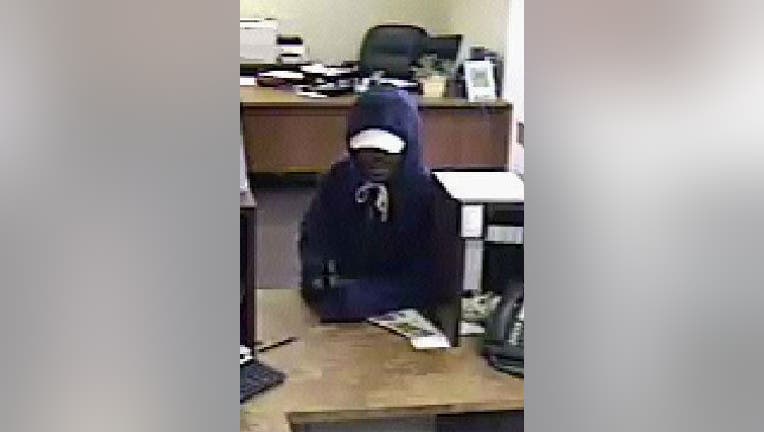 WEST ALLIS (WITI) -- The AppleTree Credit Union is offering a reward up to $10,000 for information leading to the arrest and conviction of the suspect(s) responsible for a robbery that occurred Thursday, May 2nd.

According to West Allis police, an African American male entered the AppleTree Credit Union around 11:03 a.m., placed a woman's purse on the counter, pointed a semi-automatic handgun at the employee and told her to fill it up.

The employee put cash from her drawer into the purse and the suspect fled the scene on foot.

AppleTree Credit Union is offering a reward as follows:

Up to $10,000 reward for information leading to the arrest and conviction of the
person(s) who robbed AppleTree Credit Union, 11333 W. Greenfield Avenue, West
Allis, on May 2, 2013.

Anyone with information regarding this incident or the identity of the suspect, is urged to
contact the West Allis Police Department at (414)302-8000.