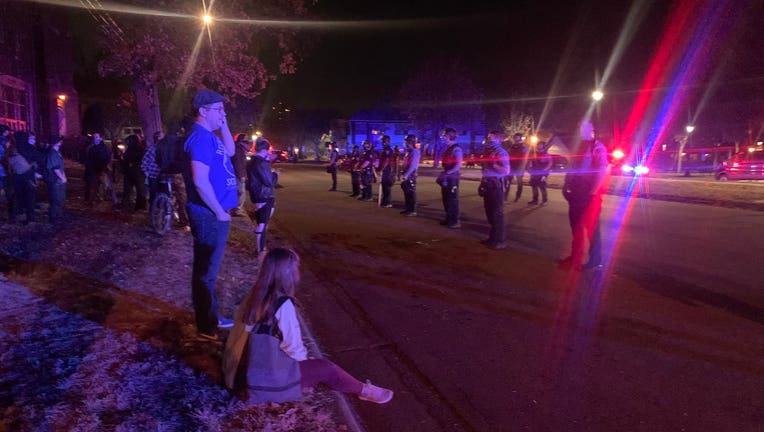 MINNEAPOLIS (FOX 9) - More than a dozen people were arrested Tuesday after protesters gathered in Uptown Minneapolis.

According to police, at about 9:20 p.m., a large group of people were reported to be gathering in the area of Lake Street and Lyndale.

Police said the group proceeded to march down the road, blocking traffic and shooting off large fireworks. They also spray painted the exterior of businesses and threw debris and traffic signs into the road. Police said fires were seen and appeared to have been set by the group.

Authorities said that as officers approached, people shot the fireworks at officers and failed to obey commands. One man and 13 women were arrested.