CALEDONIA, Wis. - A pair of suspects are on the run after a traffic stop led to a police pursuit – one that extended from Caledonia into Milwaukee late Thursday, Feb. 10.

According to a cleverly written release on the Caledonia Police Department Facebook page, a police officer spotted a car turn west on Seven Mile Road from State Highway 38 – it was having "a little difficulty," the release says. The officer ran the temporary plate that was displayed – and learned the car was reported stolen out of Chicago about a month earlier. The officer activated his emergency lights and siren to conduct a traffic stop.

The release says the driver of the car "attempted to get onto I-94 and slid to a stop after striking the curb. The squads tried to avoid a collision with the vehicle." The driver drove at the squads, but turned and fled northbound onto I-94.

The vehicle drove northbound in the right two lanes unplowed lanes, while officers followed in the left and plowed lanes. The officers requested the aid of both Oak Creek Police and the Milwaukee County Sheriff’s Office. The release says the persons in the car finally gave up and crashed into the barrier at Rawson Avenue.

At this point, the persons in the car took off, scaled a fence, and ran towards a nearby movie theater –- where they found a running unoccupied car. Officials say they jumped into the vehicle – and fled north. 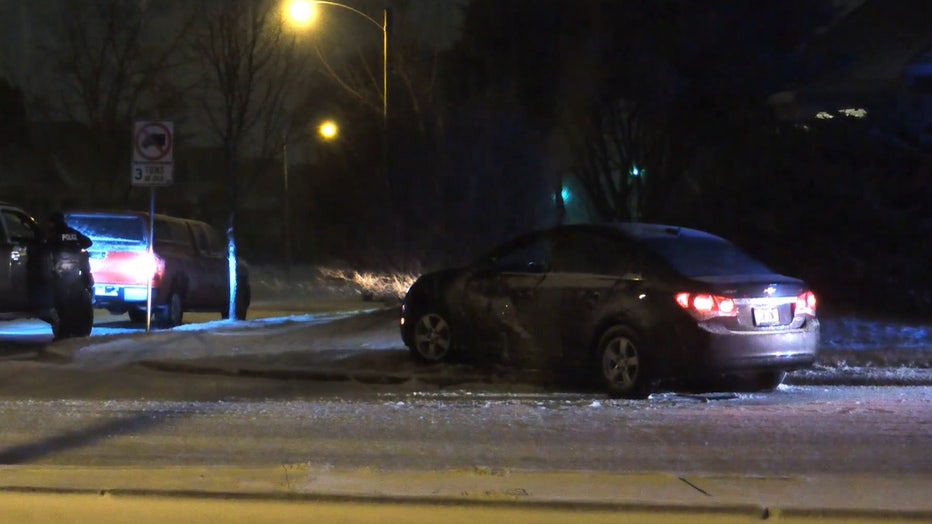 Milwaukee police later found the stolen vehicle crashed in the area of 9th Place and Morgan Avenue. But the suspects were gone.

But that's not all. Caledonia police say, "The story does not have a happy ending as the criminals got away. However, like Cinderella, the shoes of one of the bandits were recovered in the car and near the fence of the freeway. The barefoot bandit, his cold feet and his companion have not been located." 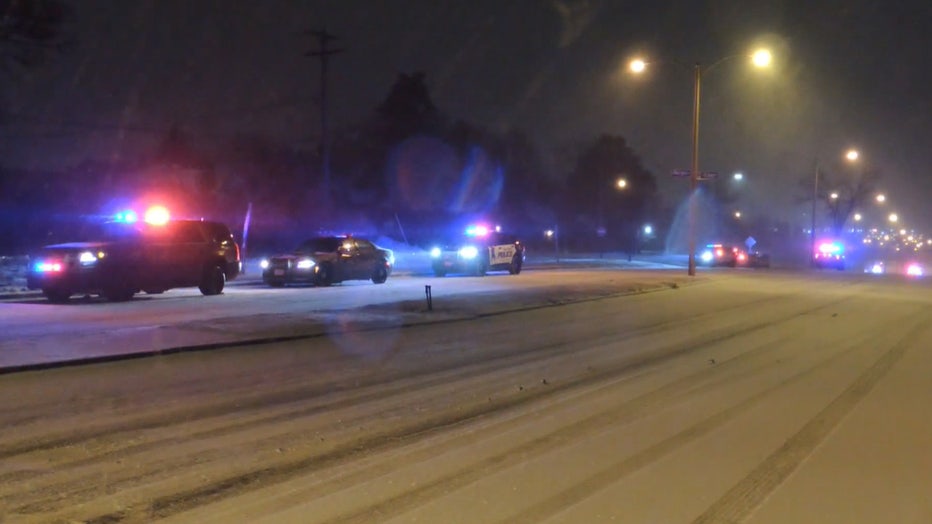 Police announced the arrest of a 30-year-old Milwaukee man in connection to a shooting threat at South Division High School earlier in the week.

Milwaukee from above; city's beauty captured by artist with drone

A Milwaukee artist is celebrating the beauty of the city -- showing off some of Milwaukee's most gorgeous angles.