ROTHSCHILD — Police in northern Wisconsin say an officer and three other people were killed in what apparently began as a domestic dispute in a bank.

Everest Metro Police Chief Wally Sparks said the slain officer was from his department. Sparks did not release the officer's name. The names of the other three dead also were not released.

Sparks said a suspect was in custody.

The violence in the small town of Rothschild began shortly after noon on Wednesday, March 22nd after police were summoned to what they called a "domestic situation" at Marathon Savings Bank.

They say they arrived to find two people with gunshot wounds and the suspect gone.

Authorities say a second shooting happened soon after at a law firm and a third at an apartment complex. 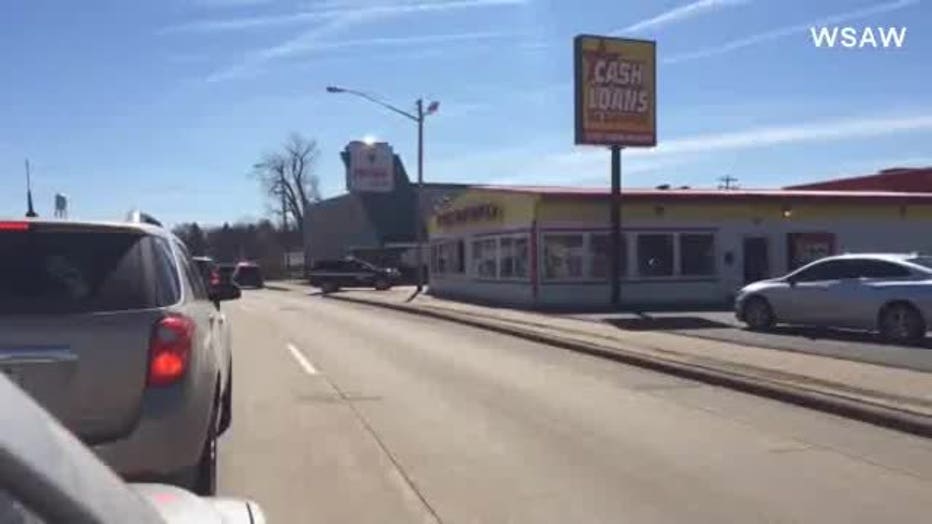 A witness to the shooting of the officer said he was hit moments after arriving at the apartment complex in pursuit of the suspect.

"I thought, what is going on? I know what a gun sounds like, and thought 'This isn't good,'" Hanson said. She said she stayed in her apartment until about 4:45 p.m. when she heard a volley of about 10 shots and began to "freak out." Authorities eventually let her leave her apartment.

Kelly Hanson said she looked out her apartment window in the small town of Weston about 1:15 p.m. to see a squad car approach, and a few seconds later heard a gunshot and saw the officer fall. She said other officers then drove in with an armored vehicle to retrieve him.

"It's tragic that had to happen, but I think they did a good job out here today," Hanson said.

Susan Thompson, a resident of the apartment building, told the newspaper she heard gunshots and heard someone scream. As she left her apartment, police called to her to get inside and lock her doors. Thompson, 21, said she had her two-year-old daughter in the apartment. Officers later came to her door and helped her and her daughter outside, she said. 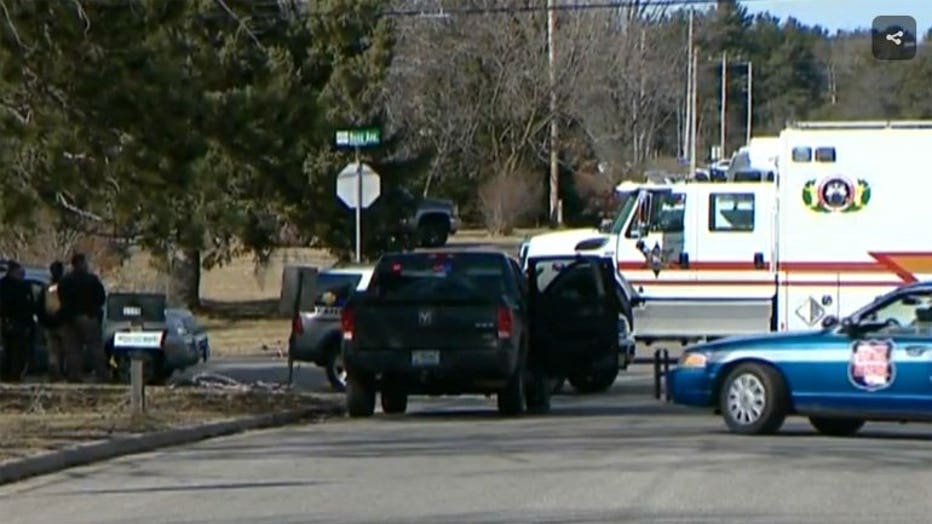 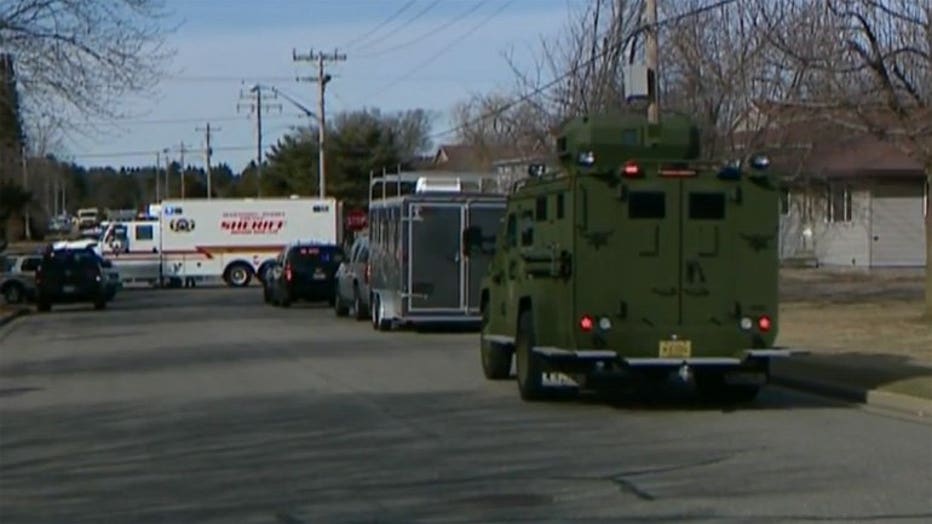 Dozens of police cars and emergency vehicles responded after the first shooting happened around 12:30 p.m. at Marathon Savings Bank in Rothschild. 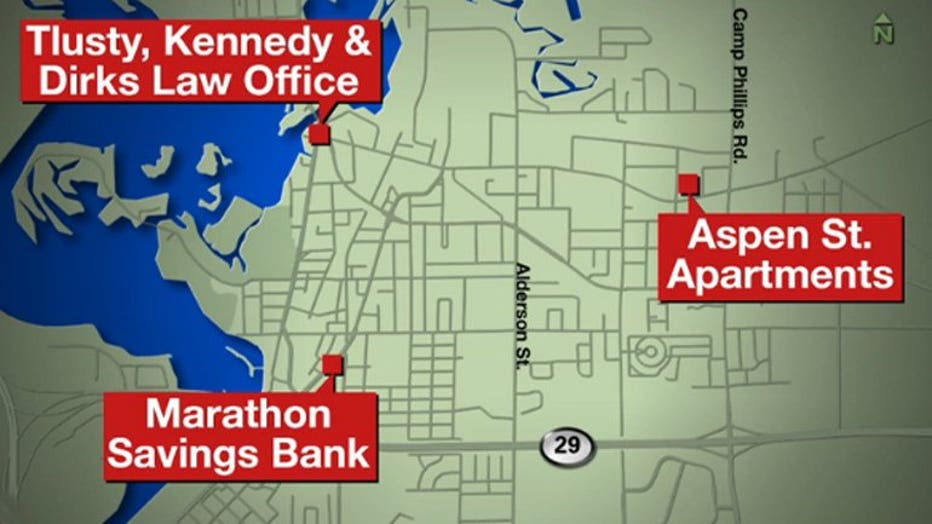 A second call came about 10 minutes later from the Tlusty, Kennedy and Dirks law firm in nearby Schofield, and then a third report came in at 1:30 p.m. from an apartment complex in Weston.

Nearby schools and a hospital went on lockdown. The lockdowns were later lifted. 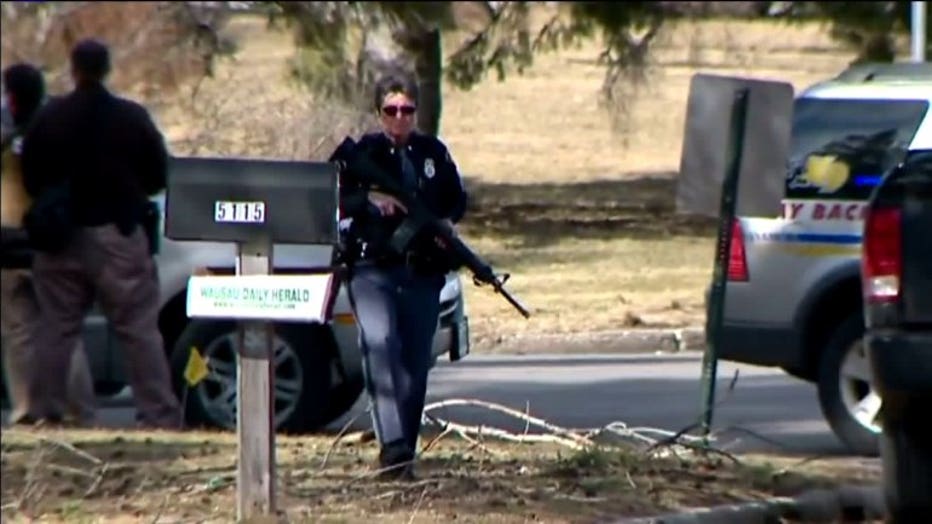 Below is a timeline of Wednesday's events:

12:27 p.m. — Police are dispatched to a "domestic situation" at the Marathon Savings Bank in Rothschild, about 90 miles west of Green Bay.

12:59 p.m. —Emergency responders get a call from the bank reporting that shots were fired. Police officers from around the Wausau area respond. They find two people with gunshot wounds. The suspect is gone.

1:10 p.m. — Shots are reported about 1½ miles away at the Tlusty, Kennedy and Dirks law office in Schofield.

1:30 p.m. — Police are called to the Aspen Street Apartments complex about 1½ miles east of the law office. Shots are fired.

2:02 p.m. — The D.C. Everest School District based in Weston reports that its schools were locked down.

About 2:30 p.m. — SWAT teams enter a building at the apartment complex.

About 5 p.m. — Wausau police Capt. Todd Baeten tells reporters a police officer was one of the people shot, but did not reveal the extent of the victims' conditions. He says officers are "in contact with a suspect" at the apartment complex.

About 5 p.m. — Students from the two schools are taken to a safe location under police security where parents could pick them up. 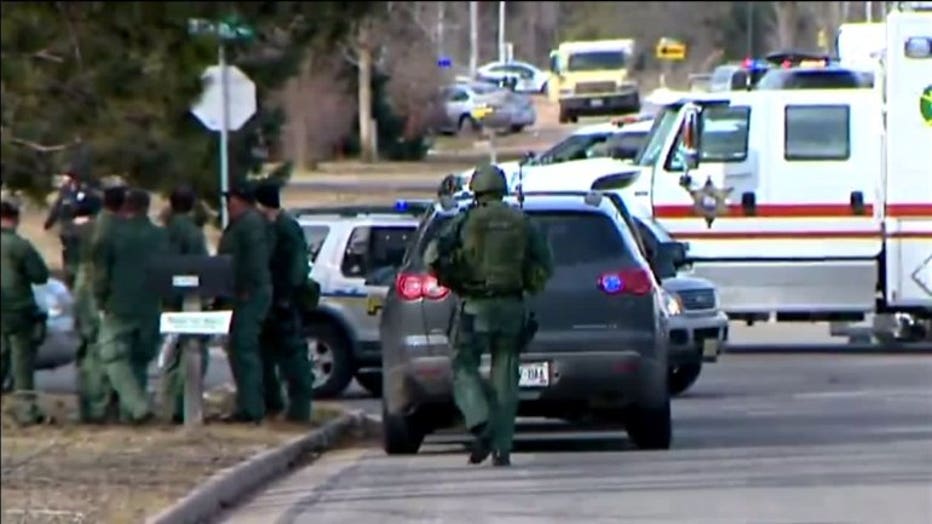 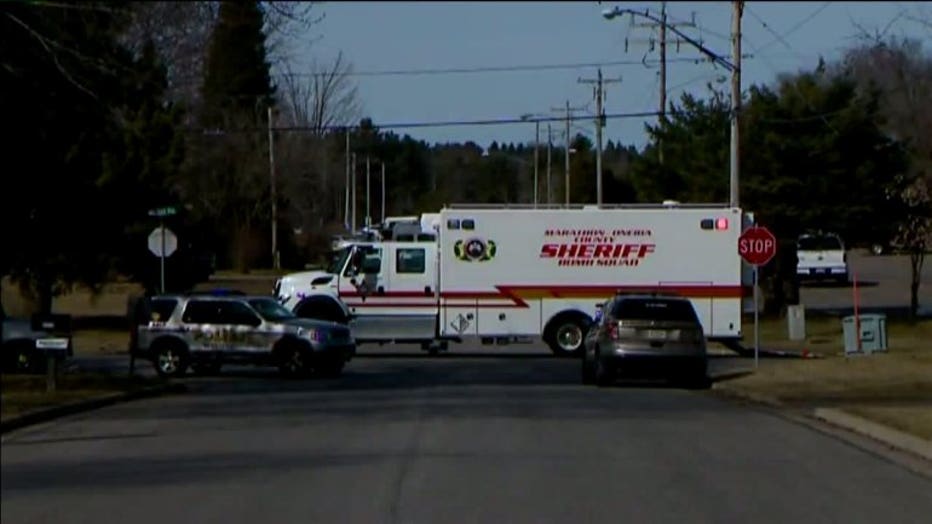