OREGON — A former Christian school teacher was arrested after her husband allegedly walked in on her having sex with a 15-year-old  student earlier this month, the News-Review reported. 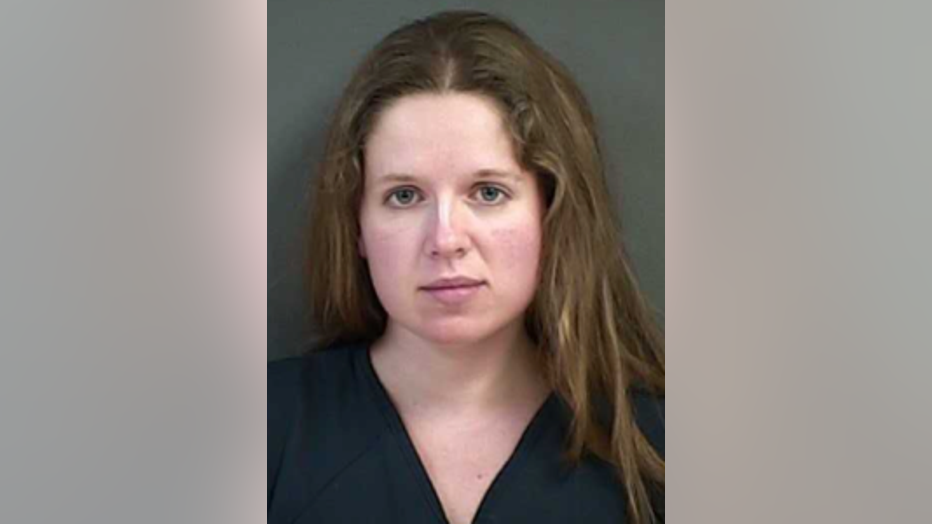 Andrea Nicole Baber, 29, of Cottage Grove, faces multiple charges including third-degree rape, third-degree sodomy, contributing to the sexual delinquency of a minor, first-degree online sexual corruption of a minor and unlawful delivery of marijuana to a person under 18 years of age.

Deputies say Barber began the sexual relationship with a 15-year-old male student in 2016, which continued "on a regular basis." She also provided the minor with marijuana and alcohol, according to court documents.

Shortly after the husband allegedly walked in on his wife and her student on Dec. 5, the boy's father reportedly received an anonymous email asking whether he knew his teenage son was in a sexual relationship with Baber.

Attached to the email were several photos of Baber and the boy in bed together, according to the paper.

Deputies said Baber is no longer employed at Logos Christian Academy in Springfield, where she was an instructor in the English Department. According to her biography on the school's website, she taught language and literature, writing and speech communication.