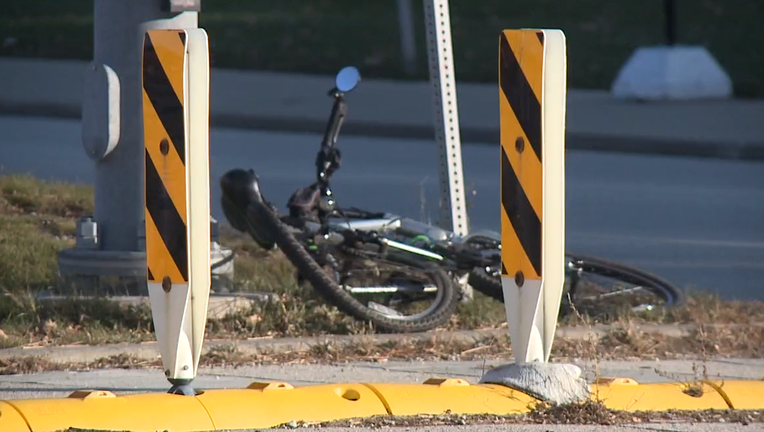 Scene of hit-and-run near 103rd and Bluemound

MILWAUKEE - A suspect is in custody for a hit-and-run involving a man on his bicycle, Milwaukee police said.

A 79-year-old man was riding his bike near 99th and Bluemound when he was hit by a car on Friday afternoon, Nov. 27. He was taken to the hospital and is in stable condition, police said.

Around 3:50 p.m., the striking driver was taken into custody -- roughly two hours and forty minutes after the accident was reported.

Criminal charges will be referred to the Milwaukee County District Attorney's Office in the coming days.

Milwaukee police are investigating a hit-and-run accident that occurred on Wednesday, Nov. 25.