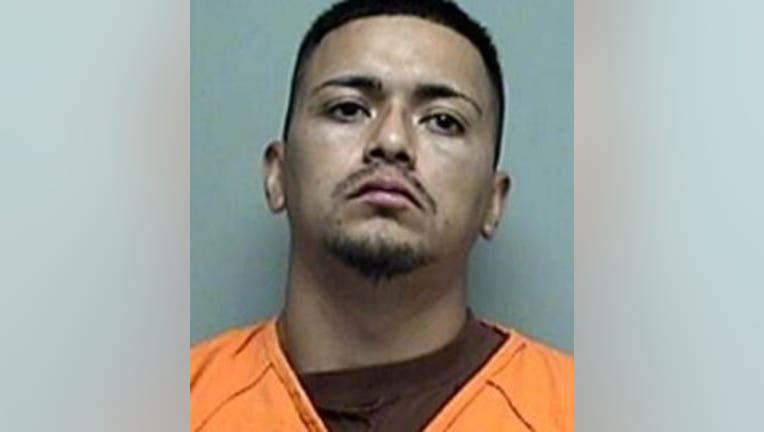 DELAVAN -- A Delavan man was arrested following a road rage stabbing and subsequent standoff in Delavan on Saturday, Aug. 17.

Delavan police said it all started around 6 p.m., when officers were dispatched to the area near Whispering Pines Drive and Pine Street, where they found a man laying on the ground with an apparent stab wound. A friend and witness were rendering aid. He was taken to the hospital.

Police said the stabbing was believed to have resulted from a road rage incident near 5th Street and Walworth Avenue. The victim was taken from that location to where police found him.

Multiple witnesses identified the suspect, who police identified in a news release Tuesday, Aug. 20 as Jose Arreola-Reyes, 27. His vehicle was found parked behind his home on 2nd Street near Matthew Street -- parked so that it could not be seen from 2nd Street, police said. Witnesses said possibly three people entered the home.

Believing Arreola-Reyes was inside the home, police established a perimeter, and the upper unit was evacuated, along with neighboring units, which were evacuated later.

Police and a negotiator with the Walworth County SWAT Team were able to make phone contact with Arreola-Reyes, and about the time SWAT arrived on scene, Arreola-Reyes surrendered peacefully.

A search warrant was executed at the home, and police said cocaine, heroin, and marijuana were found, but the weapon used in the stabbing was not.

Police said Arreola-Reyes admitted to stabbing the man with an undisclosed object. He was taken to jail on counts of aggravated battery with a weapon, causing great bodily harm, with additional charges expected.