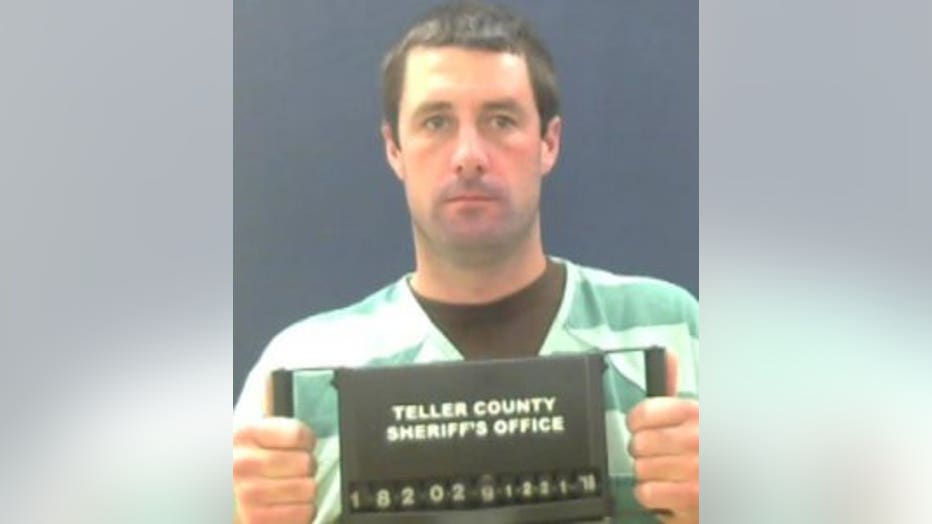 WOODLAND PARK, Colo. — The fiance of a Colorado woman who has been missing since Thanksgiving Day was arrested Friday on allegations of killing the mother of his child, and police said she likely died at her house in a mountain town.

But authorities declined to say whether they had found the body of Kelsey Berreth, 29, what led to the arrest of Patrick Michael Frazee and what motive there might be for Berreth's disappearance and slaying.

Frazee, 32, was arrested at his home in the alpine town of Florissant on suspicion of murder and solicitation of murder, said Miles de Young, chief of police in neighboring Woodland Park, where Berreth lived.

"As you can tell from the arrest, sadly, we do not believe that Kelsey is still alive," De Young said. 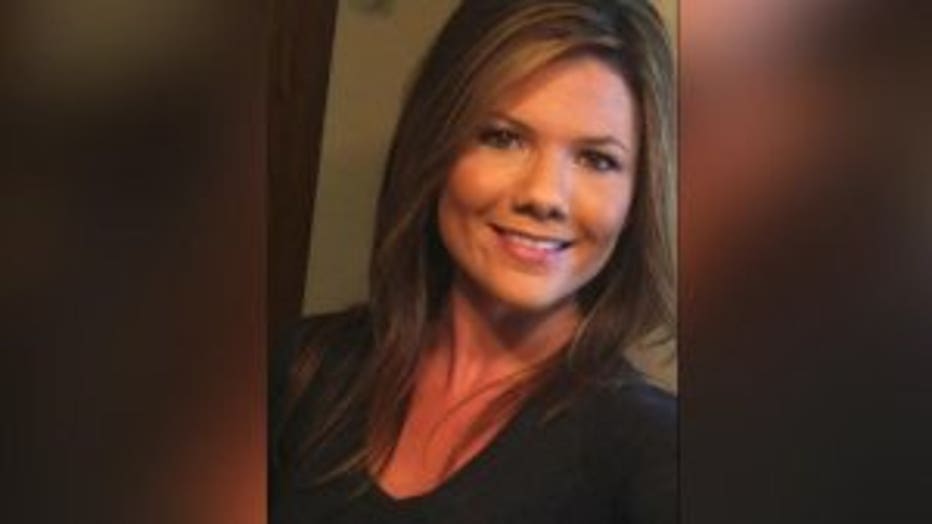 Authorities also declined to elaborate on the solicitation of murder charge, how they believe Berreth was killed or other aspects of the investigation.

Frazee appeared by teleconference at a Teller County District Court hearing later Friday. KOAA-TV reported a public defender was appointed for Frazee, who was being held without bond. A judge set the next hearing for Dec. 31.

Police have said Frazee was the last person to see Berreth alive. The couple shared a baby daughter but didn't live together. Her mother previously said financial struggles delayed them from moving in together, but her daughter was excited to get married.

The disappearance of the young pilot mystified family and friends and led to a social media push for information on her whereabouts.

She was last seen at a grocery store near her home. Surveillance video showed her walking in on Thanksgiving Day with what appears to be the couple's daughter in a baby carrier. Frazee had told police that the couple met that afternoon so he could pick up the child.

De Young said the girl is in protective custody and will be turned over to Berreth's family.

Jeremy Loew, a private attorney who had represented Frazee, had said his client was cooperating with investigators and provided DNA samples. Loew wasn't available for comment Friday.

Authorities searched Frazee's cattle ranch and Berreth's townhome but declined to say what they found. De Young did say evidence suggests "the crime" occurred at Berreth's home and that her cellphone was found in Idaho. Investigators were working to recover the phone, which is key.

Police said the only signs of Berreth after Thanksgiving were some text messages and that location data suggested the phone by Nov. 25 was near Gooding, Idaho, 800 miles (1,290 kilometers) from her house.

Her mother, Cheryl, lives in Laclede, Idaho, 580 miles (930 kilometers) north of Gooding, but police have not explained whether that has any significance in where the cellphone was discovered.

Police started looking for Kelsey Berreth on Dec. 2 at her mother's request.

Investigators who went to Berreth's house found cinnamon rolls in the kitchen and both of her cars outside. De Young said the company where Berreth worked as a flight instructor, Doss Aviation, had accounted for all their planes and that police had no reason to believe she used someone else's plane.

Cheryl Berreth told NBC News that her daughter's relationship with Frazee had been good and loving.

She said the couple had weathered some financial struggles. Frazee runs a cattle ranch, and prices for the industry have been poor, delaying their plans to find a house and move in together, Cheryl Berreth said.

"They had plans that haven't worked out as they would have liked. But they've dealt with that and they've made things work regardless," she said.

The mother also told CBS that her daughter was looking forward to being married but said the couple had not set a wedding date.

A former boss said Kelsey Berreth was dating Frazee when she started working as a flight instructor at Springs Aviation in Peyton in 2016. She was "a little reserved and sometimes soft-spoken" but often talked about her then-boyfriend, company owner Bobby Hosmer said.

Formal charges are pending and could take as long as 10 days to file, District Attorney Dan May said. The search and arrest affidavits will stay sealed for now as the investigation continues, he said.

Authorities said as many as 30 FBI agents are participating in the investigation in several states.