A Milwaukee police officer was hit by a car during a chase near 40th and Villard, but that officer wasn't the only one injured.

MILWAUKEE - Milwaukee police have arrested a 30-year-old woman for hitting and seriously injuring an officer on Tuesday, Oct. 4.

It happened near 40th and Villard. The injured officer is now recovering at home, but he wasn't the only person taken to the hospital. Latasha Brown was not involved in the chase, but was also hurt. She's back home from the hospital, but is struggling to walk or see.

"Just look at me now. I’m unable to even go to work. I’m a case manager. I can’t go to work. I can’t even see. I don’t have a vehicle anymore. I do have my life, but that’s about it," Brown said.

Brown was driving her silver Ford Fusion to work around noon when she was hit by the car fleeing police. The suspect that hit her got out and started running. The officer who was running after that suspect was then hit by a different car that police say was driven by the 30-year-old woman. Police believe the 30-year-old knew the man who was running from the officer. 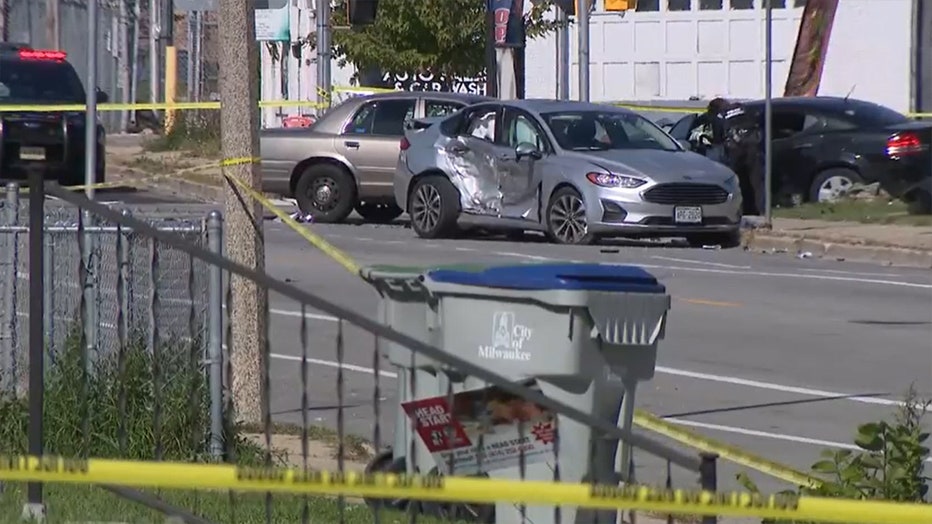 Brown is angry, too.

"Instead of them running, they could have just stopped and turned themselves in and all of this could have been avoided, but they was trying to get away just to not get caught, and they endangering the lives of others," Brown said.

The police department's news release listed Brown's injuries as minor. She wants people to know that, to her, this is anything but minor.

"I’m not OK. This is really doing something to me," she said. 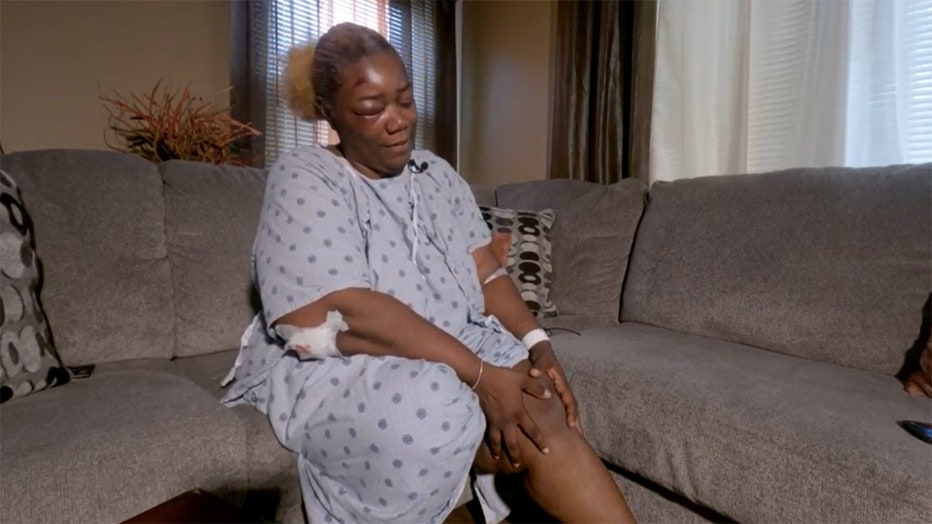 Brown said she is talking to a lawyer about what happened. She is upset with how long it took someone to check on her after the crash and said she did not hear police sirens.

FOX6 News reached out to MPD for more information about the response, but did not immediately hear back.