CALIFORNIA (WITI) -- Police say a California woman caught on camera pushing her boyfriend off his electric scooter in a violent confrontation that has gone viral was high on meth.

FOX6's sister station, KTLA reports 47-year-old Laura Cox has pleaded not guilty to one count of driving under the influence of meth -- among other charges.

Video captured by a neighbor and posted to YouTube shows the violent confrontation. It has racked up 1.7 million views on YouTube since it was posted on Sunday, September 7th.

The video shows a shirtless man on his electric scooter behind a pickup truck parked in an alley.

“Calm down and relax,” he cries to a woman in the truck’s driver’s seat.

She gets out of the truck, comes running up to him and screams directly into his ear, “Get the (expletive) out of my way!”

She slaps the truck’s tailgate and then knocks him off the scooter with a shove of her shoulder. He falls onto the concrete. She then gets into the truck and backs the vehicle up, partly running over the scooter.

As she drives away, the man stands up and screams obscenities at her, exclaiming that she broke his scooter.

“I’m calling the police. You’re going to jail,” he shouts as the video ends.

KTLA reports Cox was convicted in 2013 of driving under the influence of drugs. 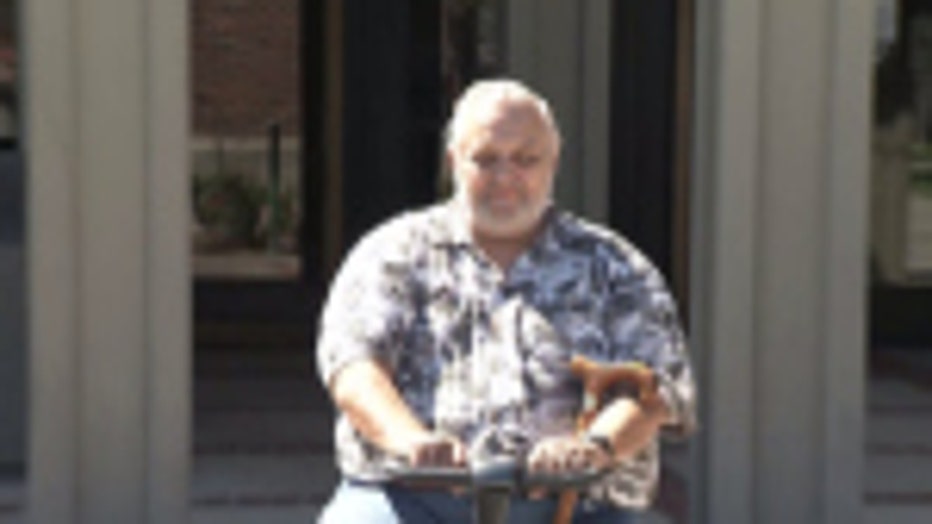 The man seen in the video on the electric scooter spoke with KTLA during Cox's court appearance this week.

That man says "nothing happened."

“Do I look injured? Does the scooter look injured? All the media is doing, all you guys are doing, is throwing fuel on a fire," the man told KTLA.

The man says he "fell" off his scooter, but says it had nothing to do with Cox.