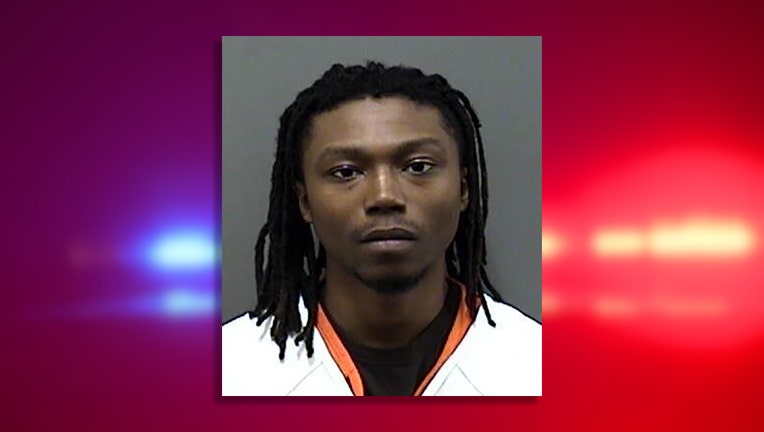 MOUNT PLEASANT, Wis. - A 20-year-old Racine man has been charged with six counts in connection to an April 15 hit-and-run in Mount Pleasant.

Prosecutors charged Johrei Johnson was behind the wheel when he collided with another motorist before he and a passenger fled on foot.

Police were called to the intersection of Spring and Newman around 10:30 a.m. due to a two-vehicle crash involving a Saturn and a Toyota.

The driver of the Toyota was still in the vehicle when police arrived. Airbags had deployed, and the driver complained of head, beck and back pain.

A witness told police she saw two men get out of the Saturn that and run away, providing a description.

Officers later spotted a man matching the description hop a wooden fence and run through a backyard, followed by a second man. The officer gave commands to stop, a criminal complaint states, but they kept running through backyards during a foot pursuit. Eventually, they gave up and were taken into custody.

Johnson and the passenger told police they ran from the scene because they were scared. Johnson was on bond for a prior offense at the time of the crash.

The passenger, a 20-year-old from Mount Pleasant, faces a resisting arrest charge. Both were taken to the Racine County Jail following their Thursday arrest.

A Caledonia man died from injuries sustained in a four-vehicle crash on State Highway 32 near Botting Road in Caledonia Wednesday afternoon.