KENOSHA COUNTY -- A plane went down Tuesday, October 4th near the intersection of Highway C and Highway KD in the Town of Randall in Kenosha County.

The call for this incident came in shortly after 3:00 p.m.

A preliminary investigation has revealed the pilot on board wasn't hurt.

The plane apparently experienced engine problems, and the pilot had to make somewhat of an emergency landing in a field in the area.

The plane was en route to Chicago Executive Airport from an airport in Burlington when the engine problems occurred. 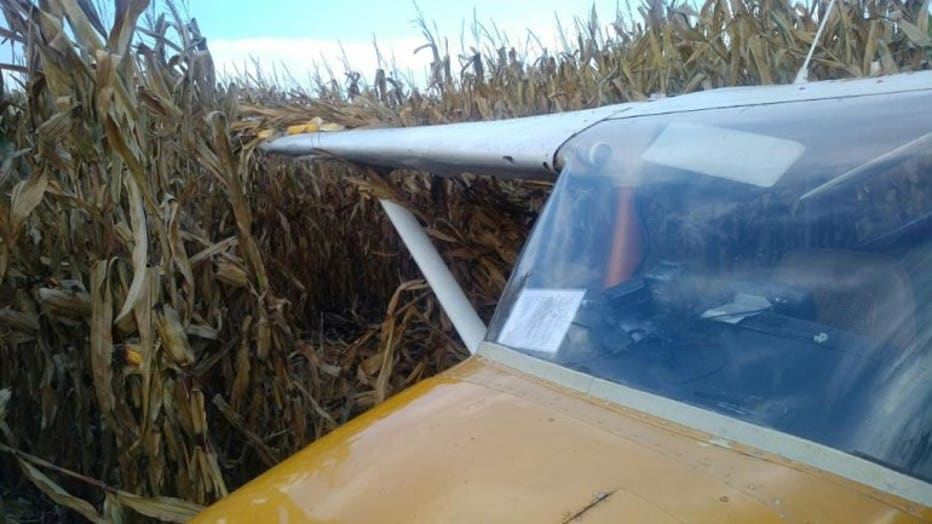 Plane crashes in corn field in Town of Randall

The pilot attempted to land at the Westosha Airport but was unable to do so.

The plane is a Cessna 172 manufactured in 1969 per the 72-year-old pilot from Grayslake Illinois. The plane suffered moderate damage.

The FAA will be investigating this incident.