WHITEWATER -- When a group of people passed by Rotary Skate Park in Whitewater last weekend and spotted offensive graffiti all over the ramps, they decided to take action.

The citizens quickly gathered some paint and stencils and painted butterflies and smiley faces on top of the offensive markings. 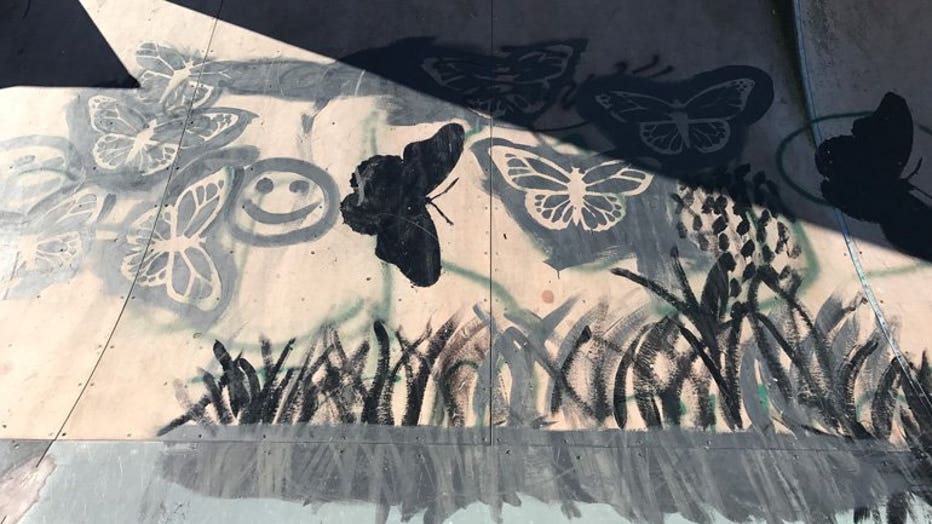 In situations like this, officials say graffiti is typically removed with a solvent when found on city property. However, due to the quick response and creativity shown by the citizens, city staff felt it only appropriate to leave the positive designs for all to see.

"City staff chose to leave the pictures of the butterflies as a hopeful reminder, that we as a community would rather have butterflies then the hurtful words that were projected in the found vandalism." 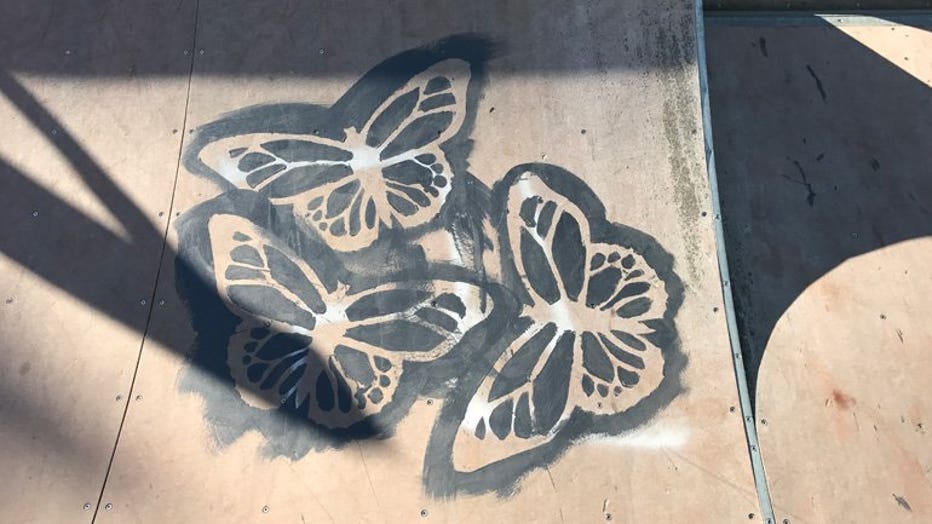 City officials say they appreciate those who assisted in the cleanup.

A police report was filed on the vandalism to the park. Anyone with information on this case should contact the Whitewater Police Detective Bureau at 262-473-0555. Those with information who wish to remain anonymous can call Walworth County Crime Stoppers at 800-741-4616 or text a tip to 274637 (CRIMES). Begin the message with the agency key word “TIP4WC”.  You can also submit a tip to whitewater-wi.gov/crime-alerts.