BROOKFIELD -- Riding along a recreational trail in Brookfield, you can zero in on a townhouse -- the home of a registered sex offender named Zack. 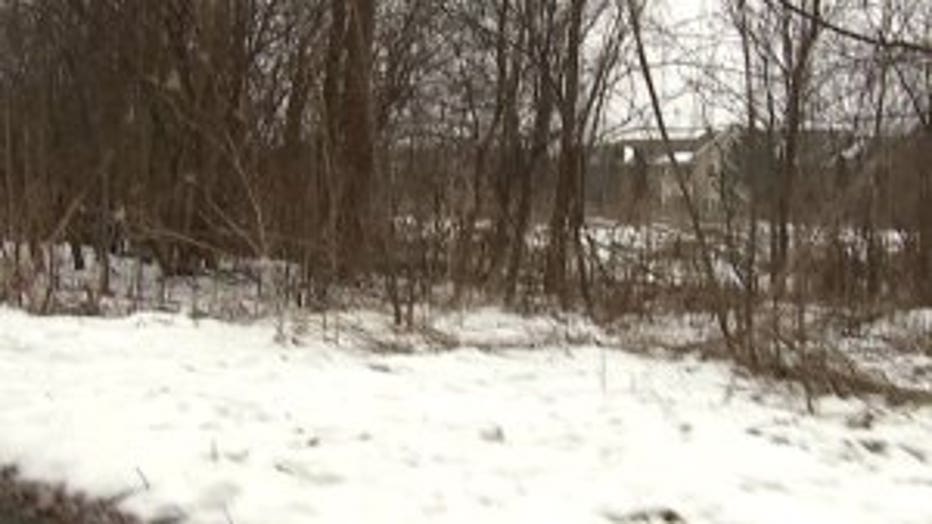 Brookfield has a 1,500 foot child safety zone around every school, park, playground, daycare, and trail. But Zack pointed out: “There's a walking trail that goes along my residence.”

Zack lives inside a prohibited safety zone, yet his case isn't rare.  It's common.

In fact, FOX6 has discovered, it's the norm.

Municipalities have ordinances restricting where sex offenders can live. Most people support the idea because it helps us feel safe, but what the politicians who passed the rules probably didn't tell you is that sex offenders who lived near a school, park, playground, daycare or other protected place before the ordinance, can stay there. In fact, they almost have to. 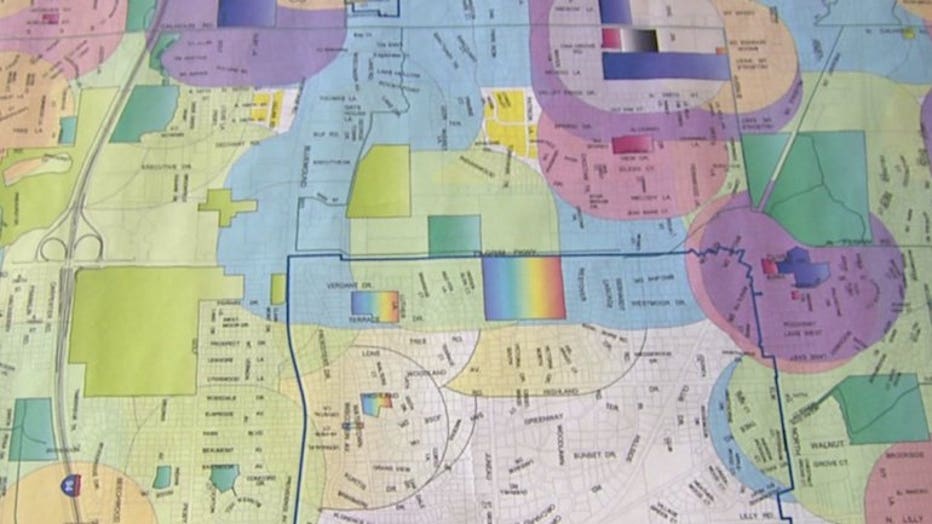 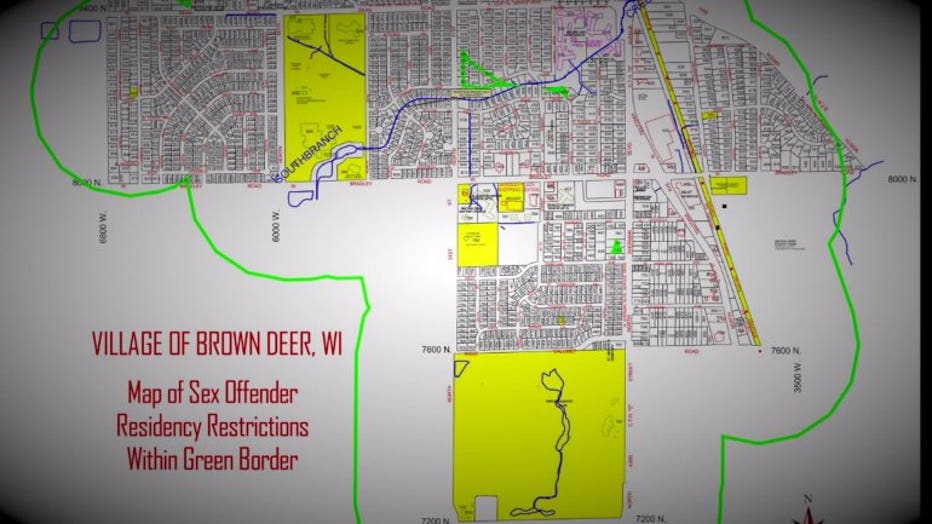 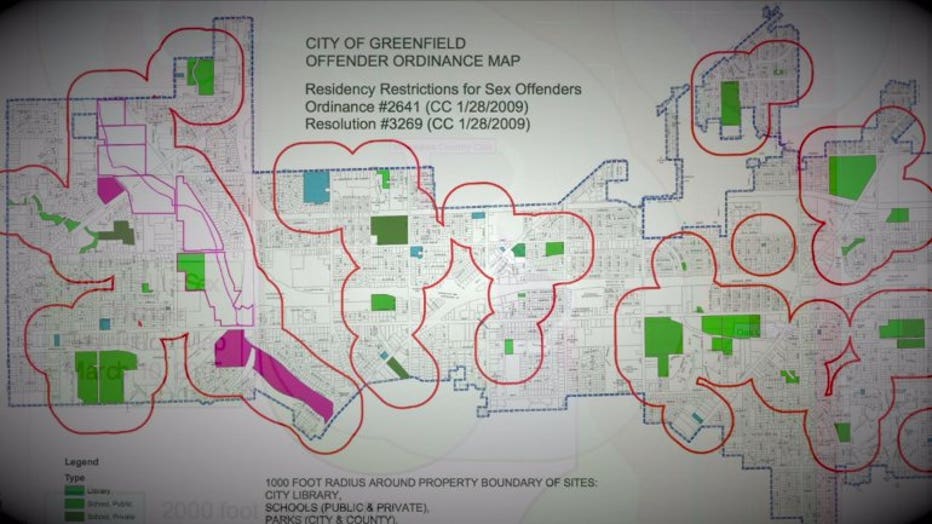 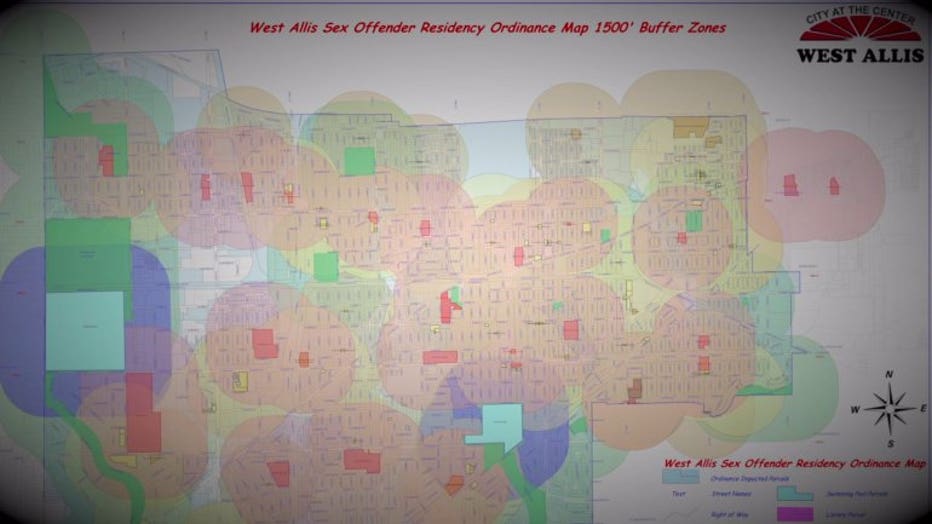 “I didn't know that. That’s interesting and creepy,” a stunned daycare operator said to FOX6 when we told her about this.

She assumed the sex offender residency ordinance in the city was supposed to keep offenders away from her daycare, not force them to live near it.

In recent years, municipalities across the state have been racing to one-up each other with increasingly strict Child Safety Zones.

The premise is that sex offenders shouldn't live near places children play, but the real reason is that each municipality is afraid if it doesn't draw up buffer zones, sex offenders from places that do have restrictions will pack up and move in. 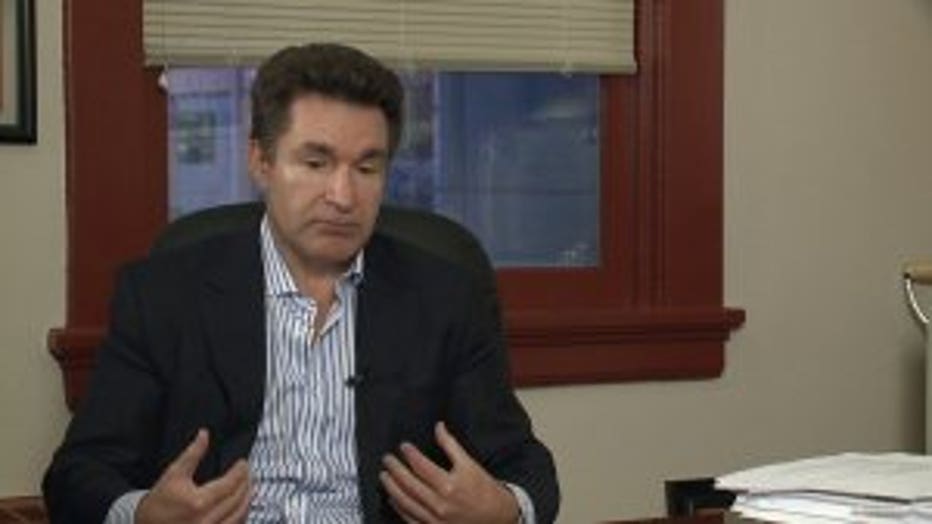 “If you don't have these ordinances, you're going to be a dumping ground," Zielinski said.

They’re grandfathered in because they lived there before the ordinance took effect, but they're grandfathered in only to their exact address.  If the offender leaves that address, they lose their grandfathered status and can no longer live in the buffer zone.  In Milwaukee and many other municipalities, that means if they move, they'll be homeless, so they're essentially forced to stay in the same place, even if it’s right across the street from a daycare. 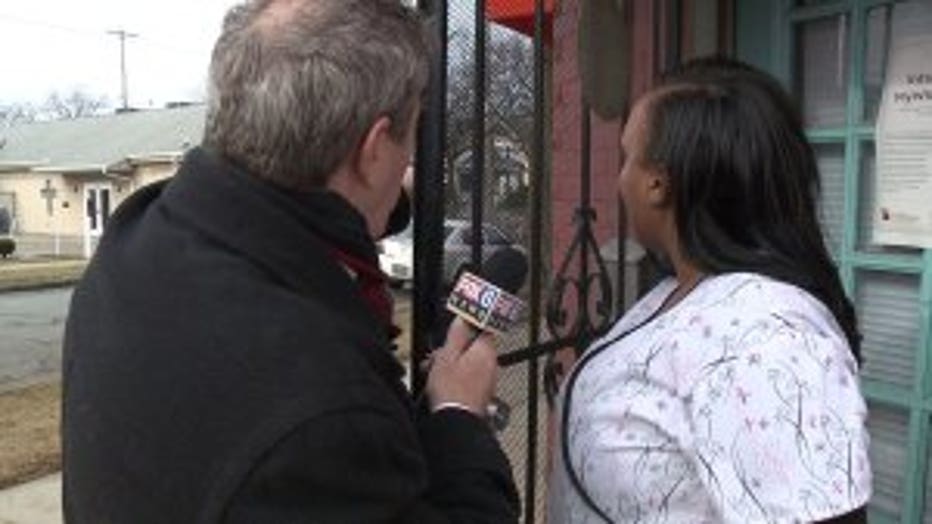 The Learning Spot on East Keefe

FOX6 News pointed out to the operator at The Learning Spot on East Keefe, there are three registered sex offenders living within direct sight of her daycare.  There are also three living next to Columbia playground between Burleigh and Chambers. 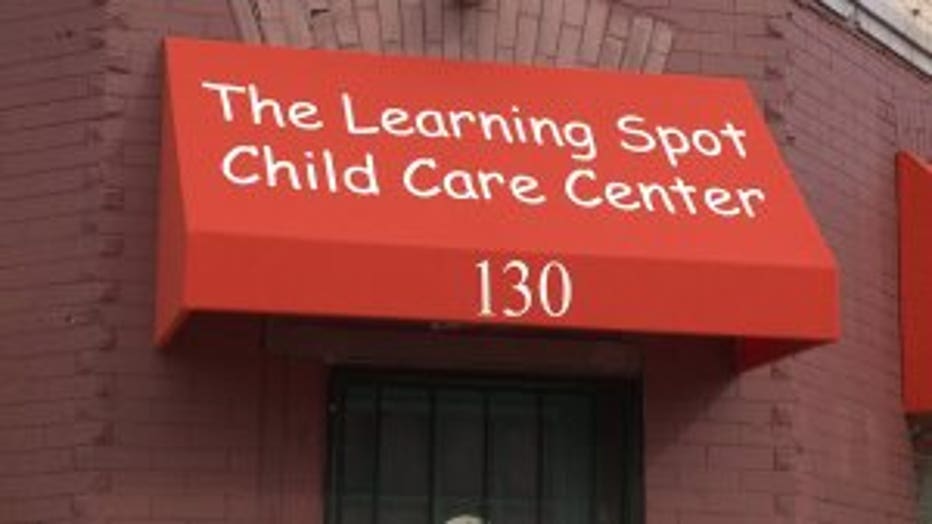 The Learning Spot on East Keefe

Schools are no exception.

An offender lives kitty corner from North Division High School, across the street from LaFolette K-8, and a few feet from the playground at Shalom Alternative.  FOX6 mapped the location of every sex offender in the city and found dozens living within direct view of the very places the buffer zones aim to protect.

But  the ordinance that forces them to stay there may not even be necessary. 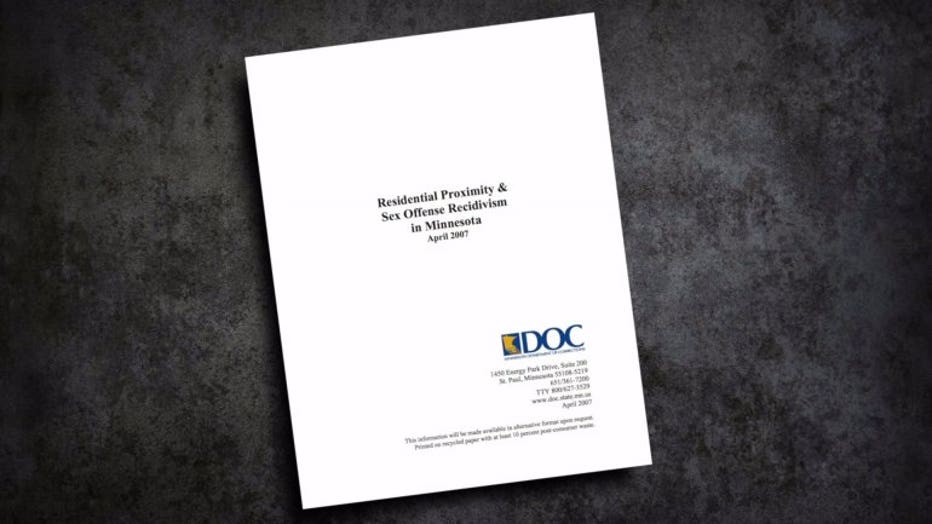 The data from a 12-year study in Minnesota found of the 224 sex offenders who re-offended in that period, not one of their crimes would have been prevented by residency restrictions. The vast majority of re-offenders -- 79 percent -- already knew their victim. Of the rest, only two actually contacted young victims at a spot surrounded by a buffer zone, and in both cases, it was more than 10 miles from where the offender lived. Of the few who did re-offend close to home, not a single one did so near a school, daycare, park, playground, or other protected place. 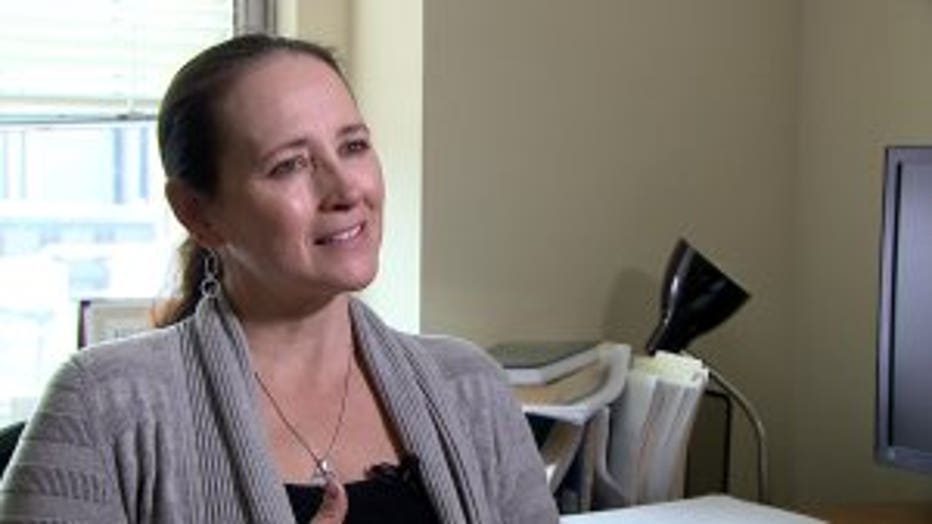 Pattie Coffey studies sex offenders and has looked into the minds of many.

“(Sex offender residency ordinances) seem like they make sense, just from a common sense perspective, but I think if people just think about it, even pretty briefly, they`ll realize, `Huh, that`s not really going to make any of us safer.' They have all kinds of ways to get access to victims. They can move around in a way that I think we just have to acknowledge as fact, even though it may make us uncomfortable," Coffey said.

It makes us uncomfortable, in part, because we tend to assume sex offenders are certain to do it again, but an exhaustive study by the state here in Wisconsin reveals recidivism rates for sex offenders are remarkably low.  More than 16 percent of the overall criminal population re-offends within three years. 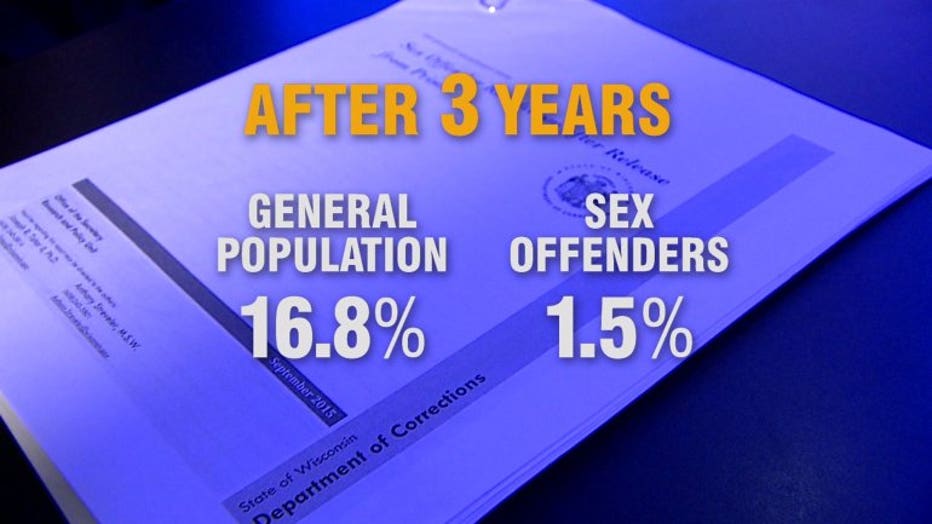 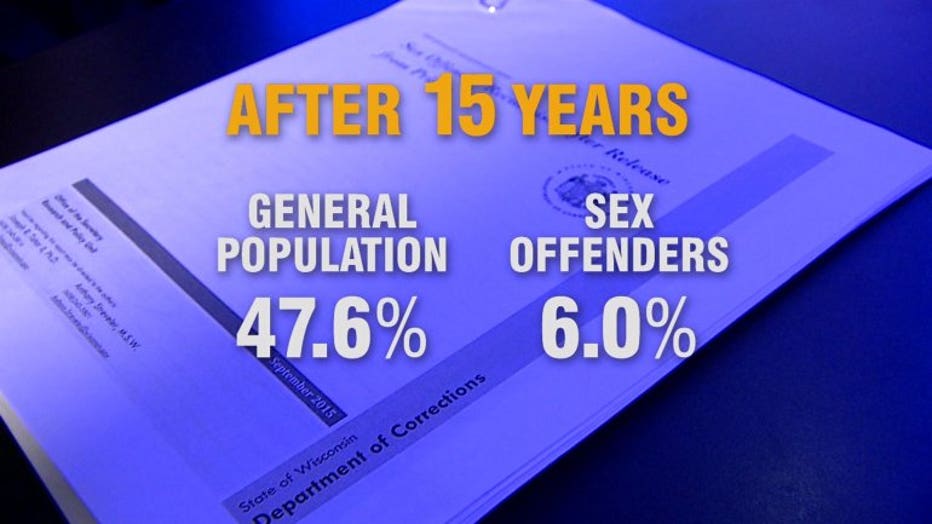 The gap gets even greater as time goes on. Within 15 years of freedom, more than 46 percent of the general criminal population has re-offended -- a rate eight times higher than sex offenders.

“They're really some of our lowest risk individuals in terms of re-offending," Coffey said.

There is, however, one thing that experts insist does increase the chances an offender will commit another sex crime -- the very residency restrictions we believe are keeping us safe. 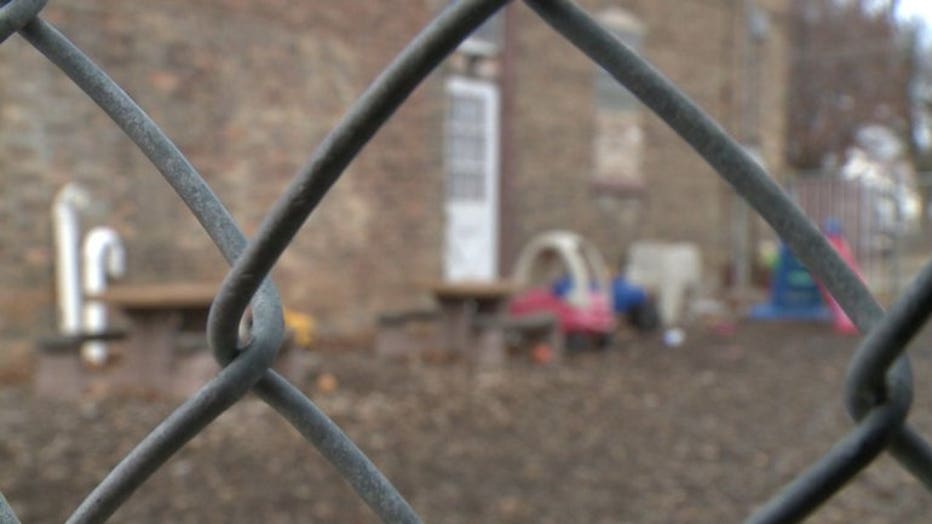 “When we put these restrictions on people that make it difficult for them to reintegrate into society, they have reason to feel hopeless, “ Coffey said.

And when sex offenders feel hopeless and have nothing to lose, they’re more likely to act out sexually. 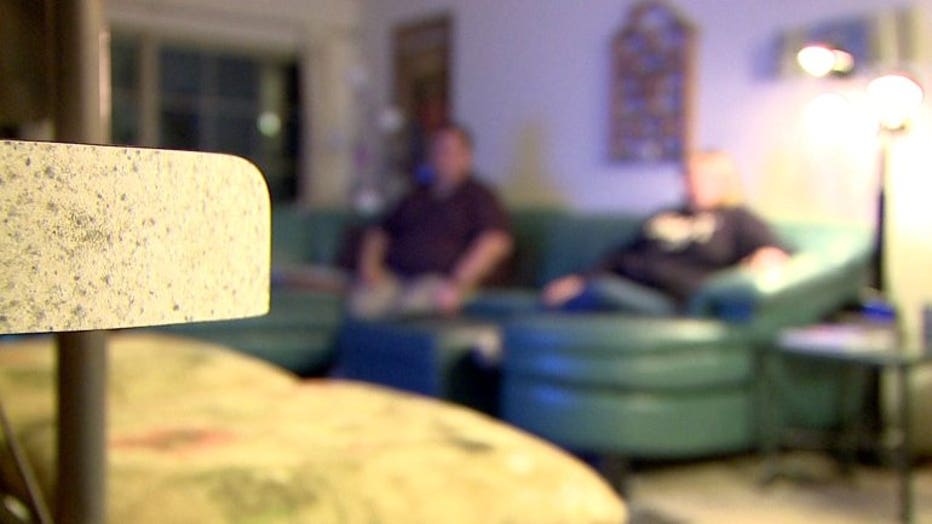 In Brookfield, 27-year-old Zack lives with his mom. He wants to move out, but has no hope he’ll be able to until he’s 42, when he gets removed from the Sex Offender Registry, so like other sex offenders living near sensitive areas inside safety zones, he's stuck without hope, right next to a trail in a child safety zone.