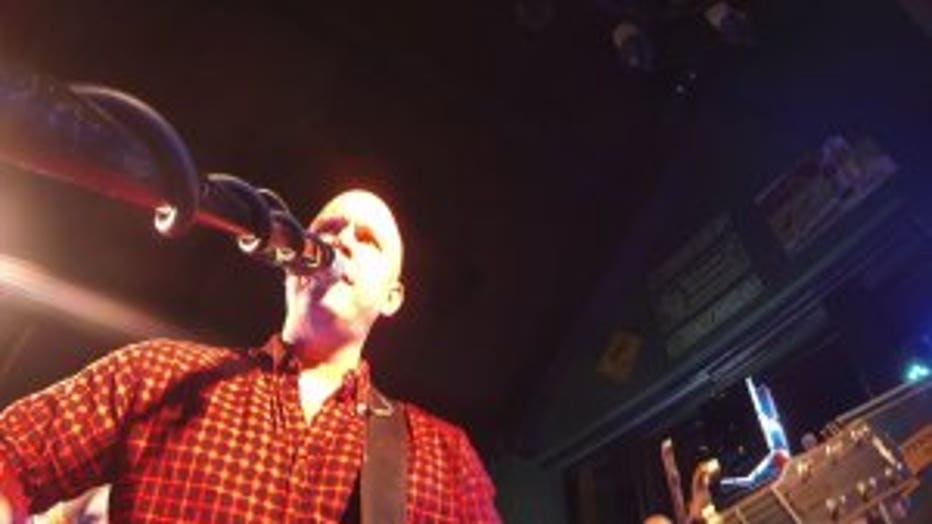 WAUWATOSA -- He's a man who performs as well on stage as he does in an exam room. Dr. Jonathan Bock is known as the "Doc of Rock!"

On a fall Friday at Mo's in Wauwatosa, the lights were low, but the energy was high thanks to the acoustic stylings of the featured band. As the crowd swayed to a blend of classic rock and modern hits, many had no idea a night like this was just what the doctor ordered.

"You can see how that polyp is interfering with the closure of the vocal cords. That's the vibration wave right there," Dr. Bock, and ear, nose and throat specialist said.

Bock is a guitarist and vocalist for Bockenplautz.

"They think we're a German band, but then we're this acoustic rock band," Bock said.

He also happens to be an expert when it comes to the human voice. 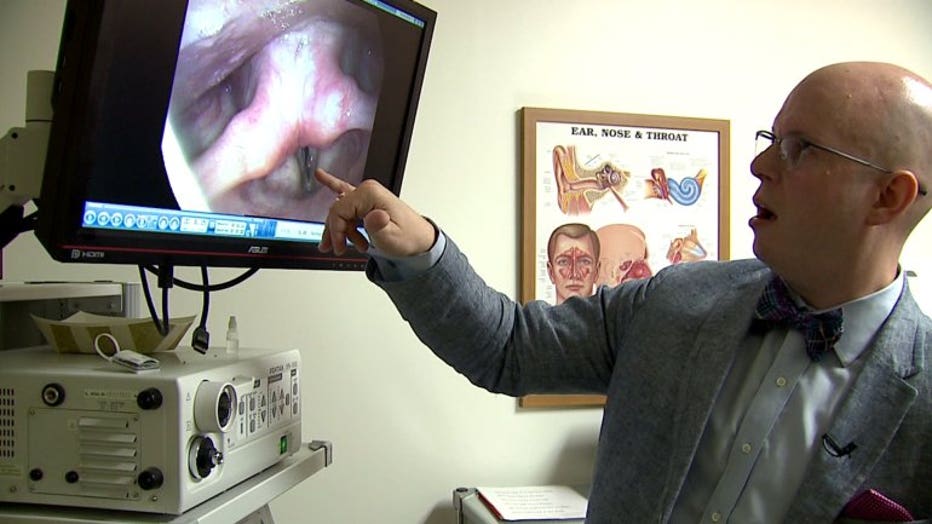 "I looked at these programs and was like, 'wow, that's a perfect fit for me,' because I have all this music background," Bock said.

Bock grew up in Appleton and started playing piano in second grade. He picked up the guitar in high school and during his undergraduate studies at Yale, he was a member of the oldest collegiate acapella group in the world -- The Whiffenpoofs. 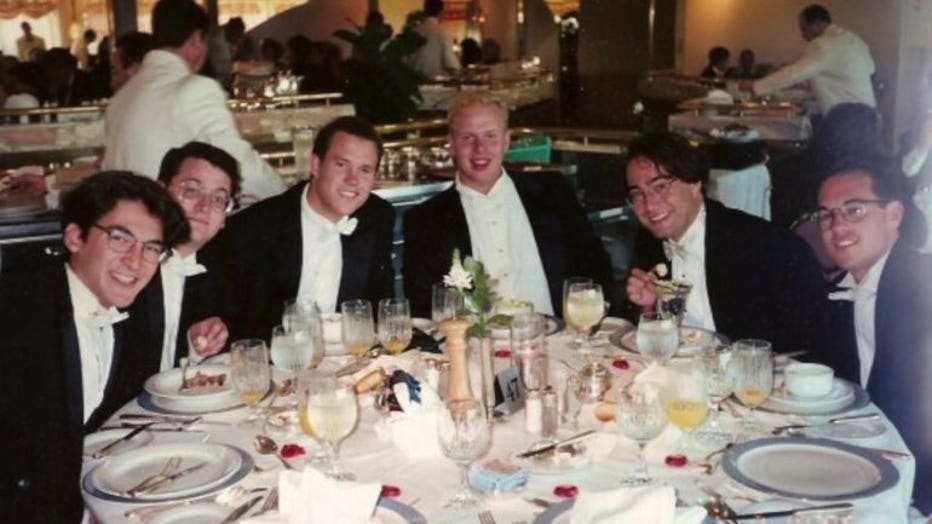 "Traveled around the world with them. Sang in 28 different countries over the summer of 1995 with them," Bock said.

While Bock chose medical school over a career in music, a fellowship in Nashville kept him in tune with the business. 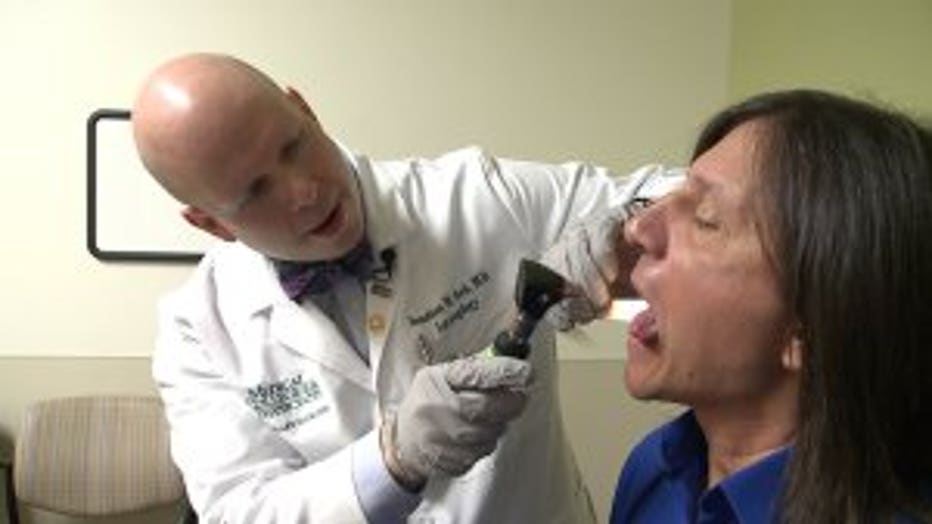 His position with the Froedtert and the Medical College of Wisconsin, specializing in voice and throat disorders, combines his two loves in perfect harmony.

"It's a great matching of my vocation and my avocation in a really kind of neat way," Bock said.

The dexterity needed to strum a guitar comes in handy during microsurgery.

"I always tell patients, it sounds like a lot that we're doing, but the whole area is the size of my thumbnail," Bock said. 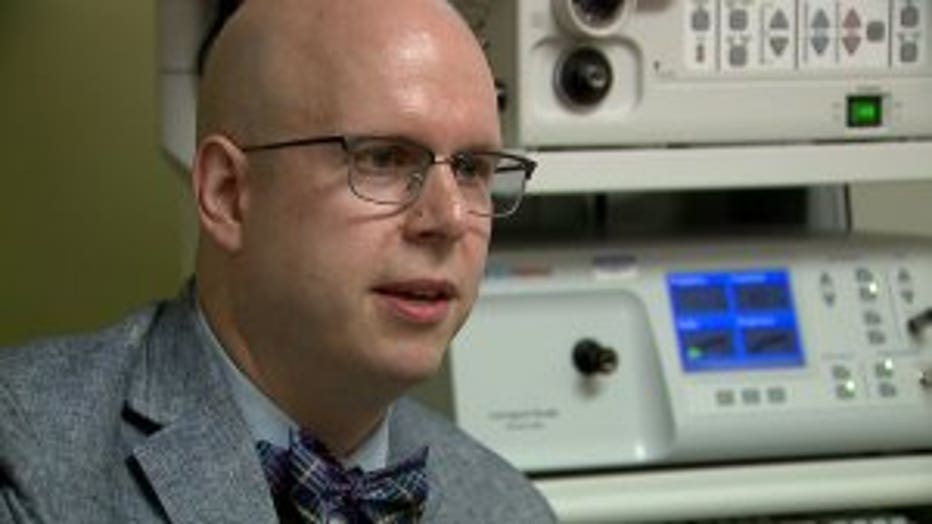 He connects on an even deeper level with patients that are fellow performers.

"He understands the value of someone's voice," Jon Ianni, bassist and vocalist for Boys and Toys said.

Ianni almost lost his voice in 2012, due to cancer in his tonsil.

"My left vocal cord was paralyzed. A very rare thing. So I couldn't sing for almost a year-and-a-half," Ianni said.

Ianni plays bass and sings for the popular band Boys and Toys. He recalled his feelings when Dr. Bock told him his voice would indeed come back. 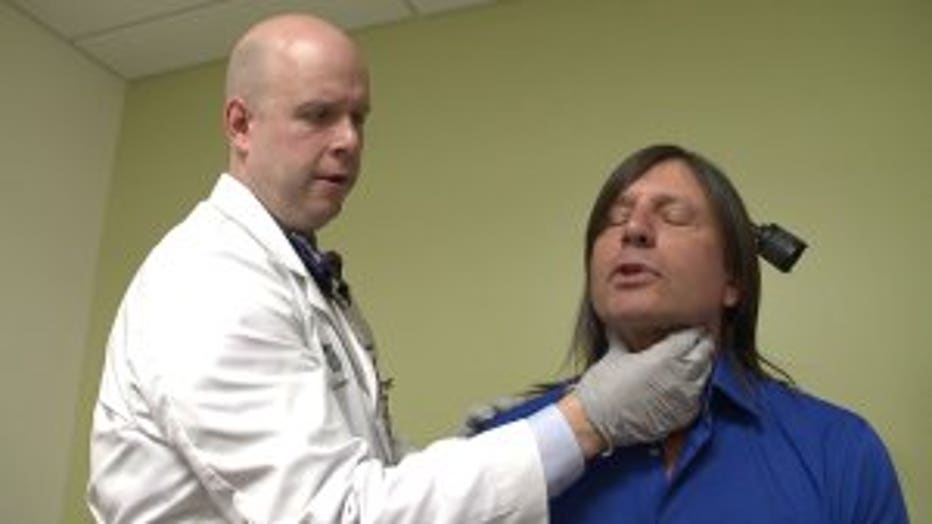 "I cried. I get kind of emotional now because I just didn't realize how much that meant to me. It's pretty powerful," Ianni said.

Doctor and patient have shared the stage at the hospital's annual celebration for cancer survivors.

"How do you thank so many people for saving your life? You try to give as much as you can," Ianni said.

Bock said he's reminded every day how much music has given him.

Thankfully, he doesn't have to worry about that. In his world, the doctor, or the rocker, is always in. 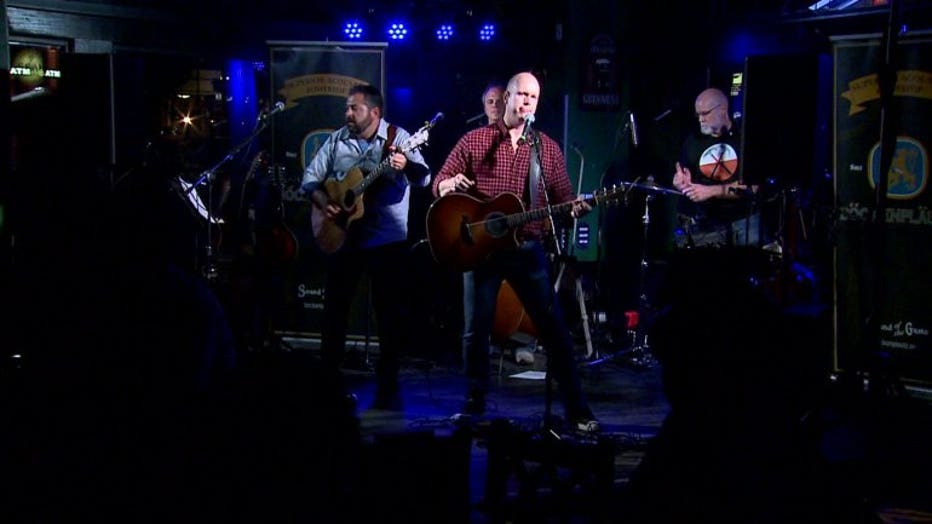 Dr. Bock and his band played the Wisconsin State Fair for the first time this summer. Being musicians in Wisconsin, he said Summerfest is still the trophy gig they'd love to land.