Where is Albert the Alley Cat?

Where is Albert the Alley Cat? 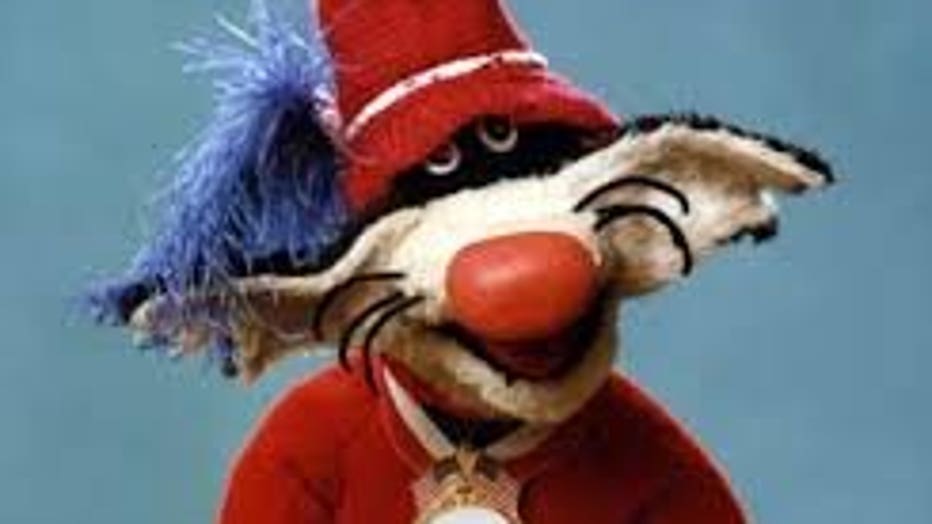 MILWAUKEE -- The idea for this story, to go searching for Albert the Alley Cat, began when FOX6's Brad Hicks posted a picture of the old Channel 6 character on Facebook last year wishing FOX6 Weather Expert Vince Condella a happy retirement.  Hicks was struck by the outpouring of love for the old puppet, and many people asked, “Where is Albert?”

Good question, Hicks thought.  Where is Albert?  Being an investigative reporter, Hicks decided he'd try to find out.  No one Hicks contacted during his research had any idea.  This, he could tell, was not going to be a simple search.  The problem is puppets don’t leave a paper trail.

If you didn't grow up in southeast Wisconsin in the 60s and 70s, all the fuss over Albert the Alley Cat may seem a bit bizarre.

“It was a really strange period of time when people were just fascinated with a sock puppet."

“It was a really strange period of time when people were just fascinated with a sock puppet,” says David Dockerty, a collector of Albert memorabilia.

A sock puppet, Hicks will add, that skyrocketed to TV fame.  Albert the Alley Cat was the alter-ego of station announcer, Jack Dublon. The cranky cat hosted a kids show “Cartoon Alley,” and later  “Albert and Friends.”   But his big break came in 1965 when he started doing the weather with Ward Allen.  The two would visit schools together, and they built a tremendous following among the kids, and their parents.  Albert’s homespun jokes and made up words like "humidery" and "sadistics: became his TV trademark. 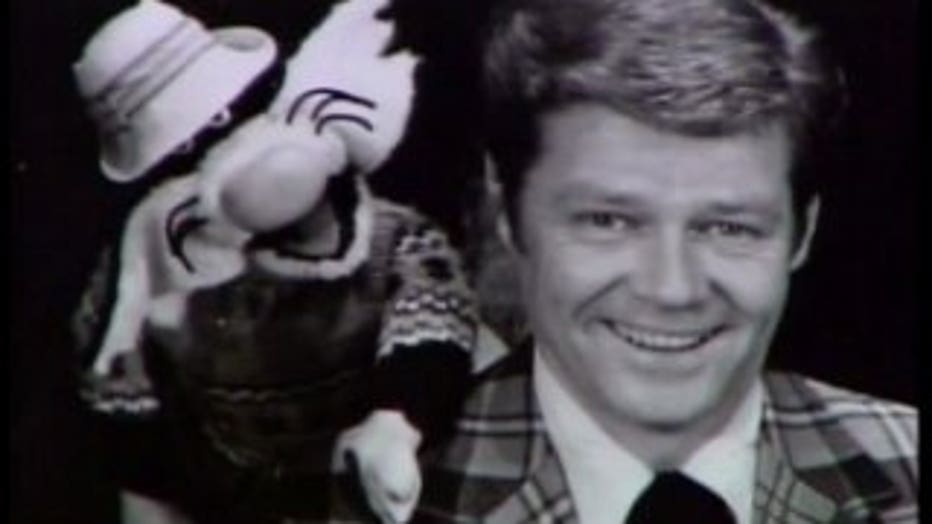 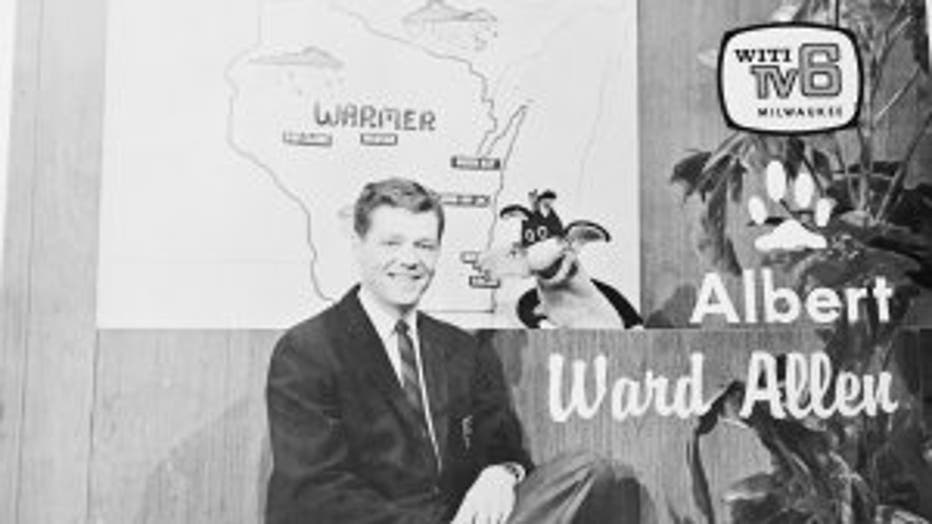 “When I would be outside playing, my mother would come and she'd open the door and she'd say 'David, Albert is on!'  And I'd drop whatever I was doing and I'd run in,” Dockerty fondly recalls. 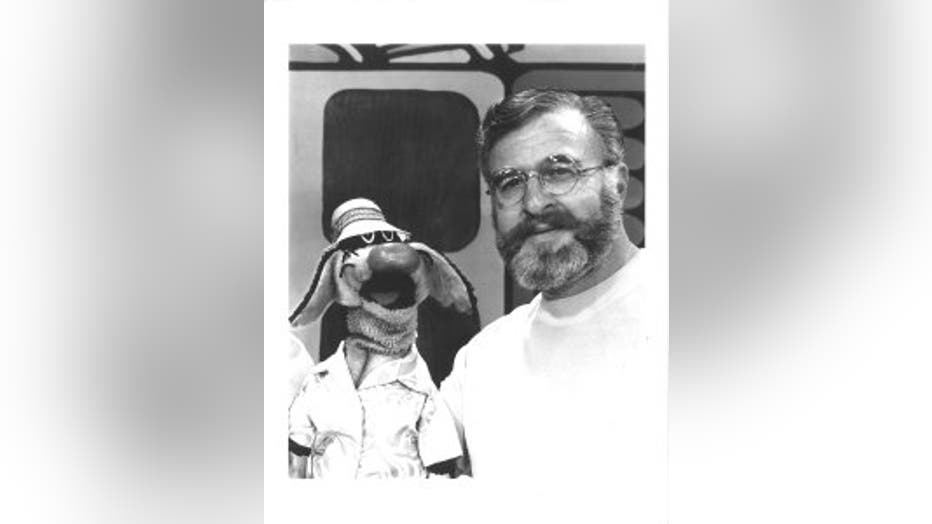 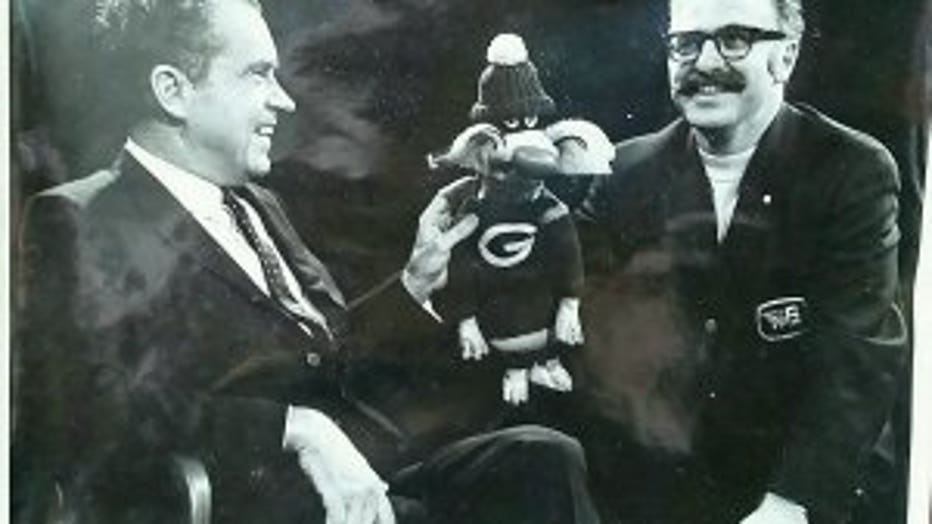 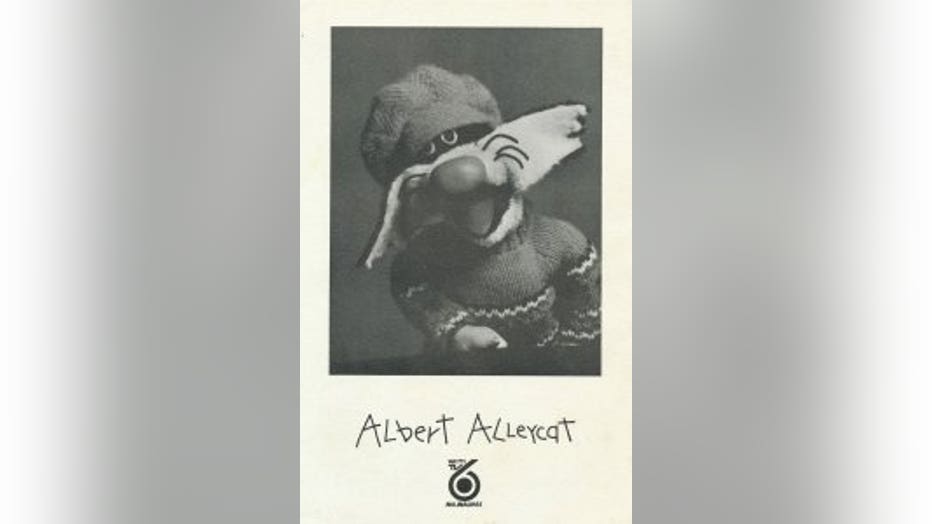 The National Association of Television Program Executives picked the pair as the top weather team in the country in 1968.  Albert was a bonafide star.

Milwaukee television historian and entertainment critic Gino Salomone insists “Everyone knew him and I would say this:  If Albert ran for mayor, he would have had a chance of winning.  He was that well known.”

Fan mail poured in.  Companies hired him to pitch their products.  His jokes were bound into books, and his image was made into memorabilia.

But then came the 1980s.  Weather got serious. Science replaced silly. Albert was downsized and eventually dropped.  His puppeteer, Jack Dublon, retired to Texas, and died there three years later.

Many people were left wondering whatever happened to Albert.  And so Hicks started searching.  It soon became clear, he was not anywhere in the Milwaukee area, and no one knew where he was.  Hicks eventually discovered Jack Dublon had two daughters, and he traced one of them to Prescott, Arizona.  When Hicks first spoke with her, he just wanted to pick her brain about if she ever remembered seeing Albert in Texas or if she knew if her dad had left him in Wisconsin.   He went on for about five minutes with an explanation as to why he was calling, and when he stopped, she laughed and uttered the wonderfully surprising words, “He’s sitting here on the couch with me right now!”

She is rightfully very protective of Albert, so it took some time to earn her trust, and to convince her that Hicks would honor her dad with the story. 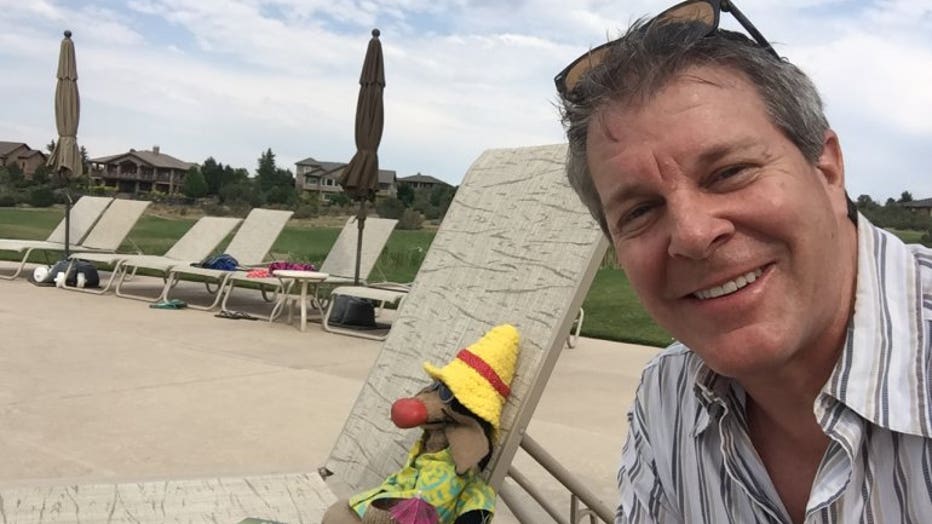 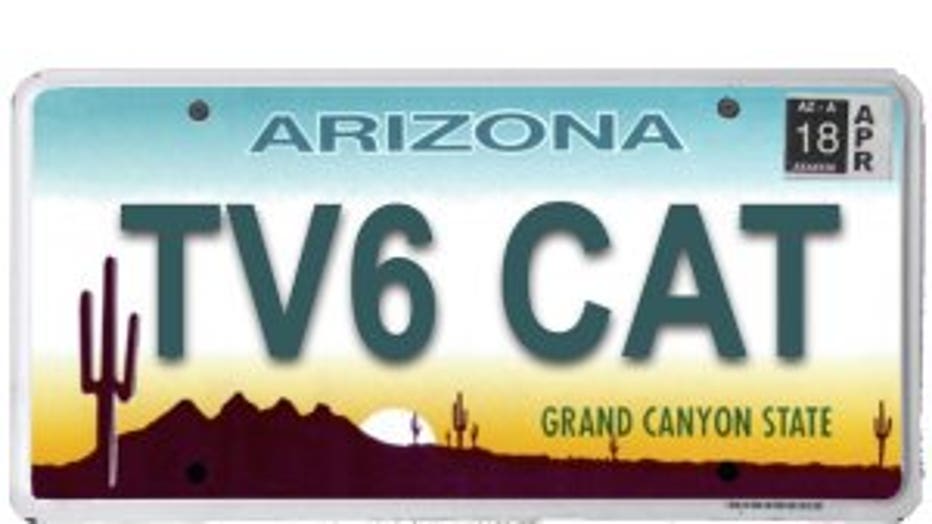 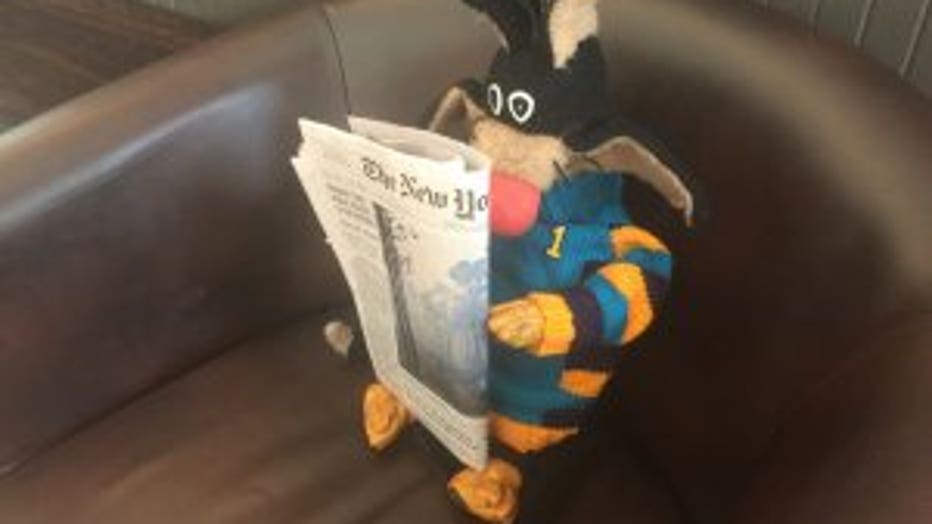 So FOX6 News traveled to Prescott in June to meet Milwaukee’s old buddy.  Hicks actually had to map out – or "storyboard" as we call it – the entire shoot, since Albert can’t really… well….  you know.  Hicks has never done a story like this – an actual investigation that discovers facts, but has an entirely fictitious/fantasy component.  It proved to be quite the challenge.

Part of that challenge was finding a voice for Albert.  Hicks decided early on that he couldn’t just do a story about finding a puppet.  People want to see Albert alive, not just folded up in a heap.  So with the help of David Redemann at Voice Over Nation, we found Dave Margosian.  When Dave sent Hicks his Albert samples, he knew we had our guy. 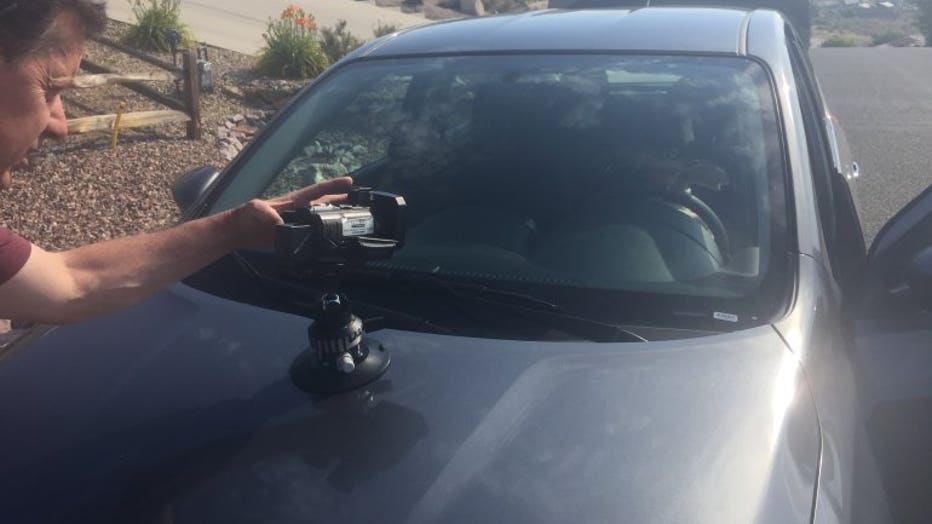 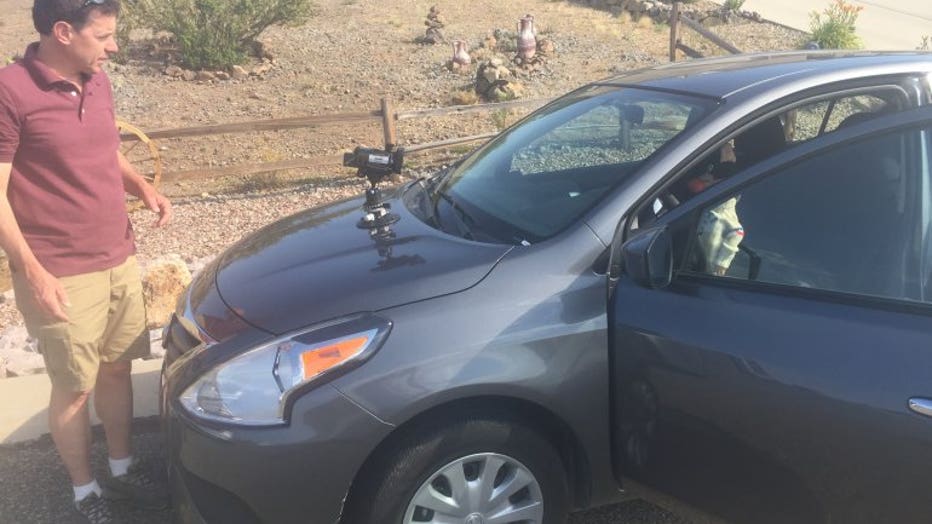 Hicks decided it would be fun for viewers to see Albert as though life had just continued on.  Here he would be, happily retired, and a star in his new home in Arizona.  Photojournalist Jeff Frings and Hicks had two wonderful days shooting the various scene sequences, and they had many laughs!  The biggest laugh came when Hicks pulled the line on Albert’s fishing pole to make it look like he caught a fish.   Among the props Hicks created for Albert was a stand that would prop him up so they could get shots of Hicks and Albert together.  They then had to shoot each sequence from multiple angles, sometimes with Hicks' hand working Albert, sometimes with him on the prop.   It was all pure joy! 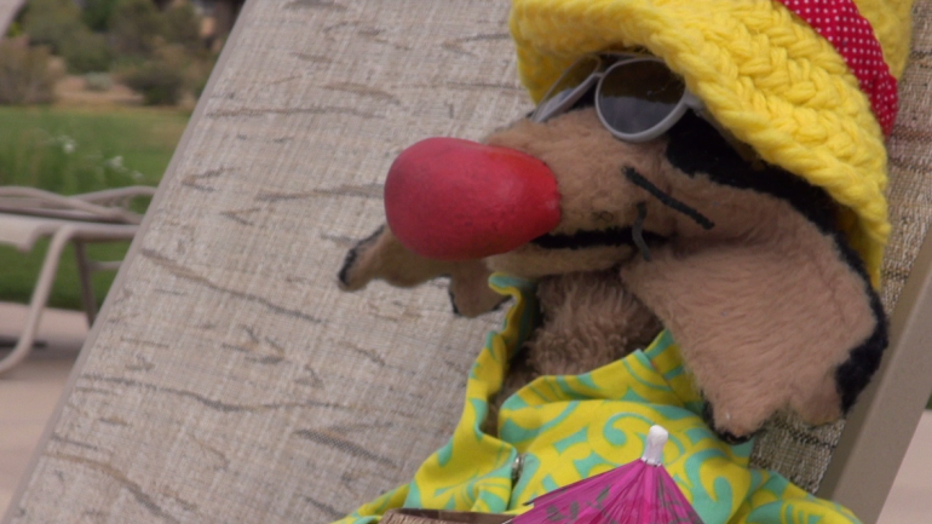 The most rewarding part, however, was toward the end of the second day, when Michelle Dublon said how wonderful it was to see Albert back in action.

We hope you agree when you watch the story.

Ward Allen: Memories of Albert (Ward Allen remembers how they got paired up)

Ward Allen: Memories of Albert (Ward Allen remembers how they got paired up)

Dave Margosian: The voice of Albert (How we found him)

Dave Margosian: The voice of Albert (How we found him)