HarperCollins said Bond died at his home the previous day after a short illness.

Ann-Janine Murtagh, executive publisher of HarperCollins Children's Books, said the duffel-coated, Wellington boot-wearing bear "touched my own heart as a child and will live on in the hearts of future generations."

The furry adventurer first appeared in "A Bear Called Paddington" in 1958 — a stowaway from "Darkest Peru" who arrived at London's Paddington train station wearing a sign saying "Please look after this bear. Thank you." 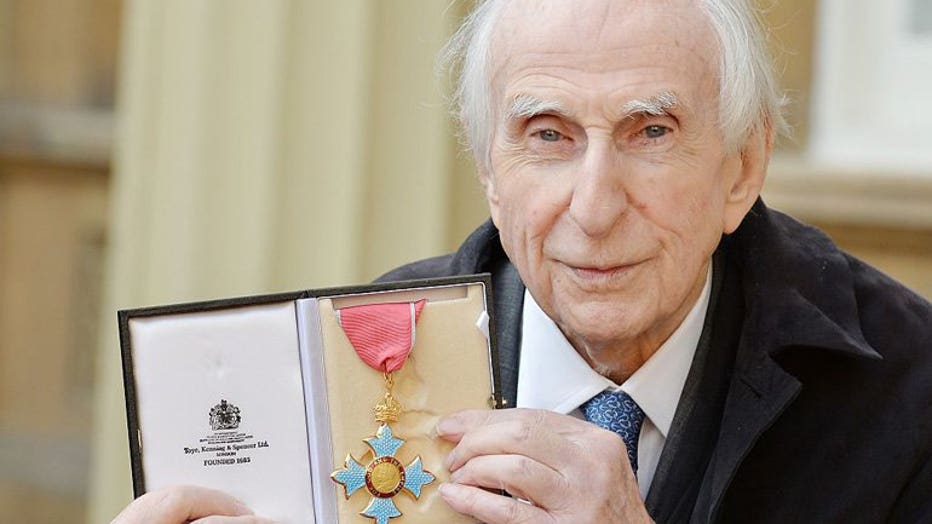 British author Michael Bond, who wrote the Paddington Bear series of books, poses with his medal after being appointed an Officer of Order of the British Empire (OBE) at an investiture ceremony at Buckingham Palace in central London on October 27, 20

Adopted by the Brown family, the misadventure-prone bear went on to star in some 20 books, a television series and a feature film.

The books have sold some 35 million copies worldwide and have been translated into 40 languages, including Latin ("Ursus Nomine Paddington").

Bond said he based the character on a teddy bear that he bought for his wife as a stocking filler, and named him after the station he used for daily commutes.

Today, countless stuffed Paddingtons are for sale in toy stores and souvenir stands around Britain, and a statue of the iconic bear stands at the station.

Explaining the character's enduring appeal in 2008, Bond said "there's something about bears which sets them apart from the other toys."

"I think dolls are always wondering what they're going to wear next," he told The Associated Press. "Bears have this quality that children in particular feel they can tell their secrets to and they won't pass them on."