PORT WASHINGTON, Wis. - A bald eagle was rescued in Fredonia a week ago – and now, Ozaukee County officials are answering questions about that rescue.

The Ozaukee County Sheriff's Office said a deputy responded to Shady Lane Road in the Town of Fredonia for an injured eagle along the roadway.

"I saw something black in a ditch up ahead, and I didn't know what it was. So as I got closer, I noticed there was a little white on it. And in the back of my mind I was thinking, it can't be a bald eagle," said Mike Biaerl, We Energies lineman. "But as I got closer, I saw it raise its head -- and so, I immediately turned around, and I parked close to it, called Ozaukee County Sheriff's Department." 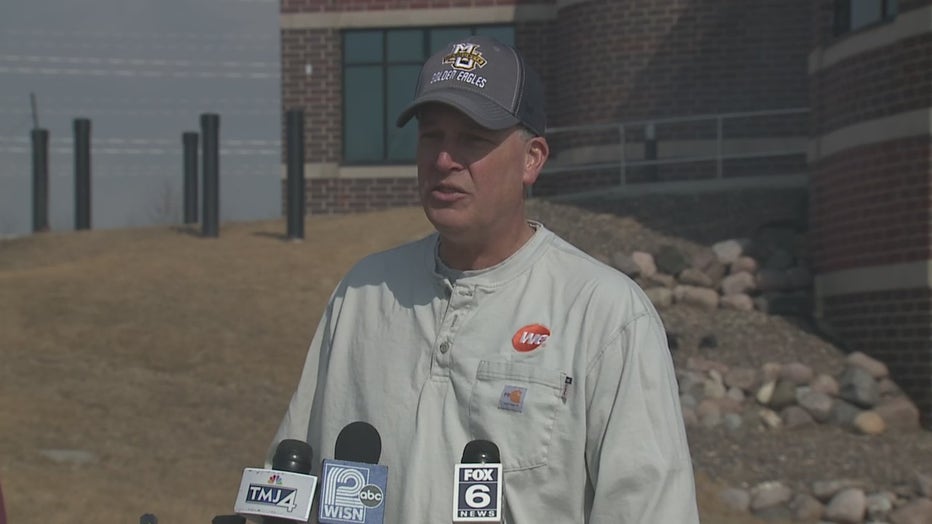 "I got a call from dispatch saying that there was a bald eagle injured on the side of the road. Honestly, I didn't believe it at first. We get sent to injured animals a lot. People have a tendency to make mistakes or exaggerate. So, I figured it would be a hawk or a turkey or something," said Ozaukee County Sheriff's Deputy Mike Zilke.

Deputy Zilke called Pine View Wildlife Rehabilitation Center – and they said to "just throw a blanket over it and put it in your car."

"I figured, there's no way it's going to go that well. But OK, we'll give it a shot," Zilke said.

When the deputy arrived on the scene, he knew he would need the help of the Pine View experts.

"My job at that point was to make sure the eagle stayed out of traffic. I didn't feel like chasing it. So, I called my friends at Pine View back, and I said, 'I'm going to need some help out here,'" Zilke said. 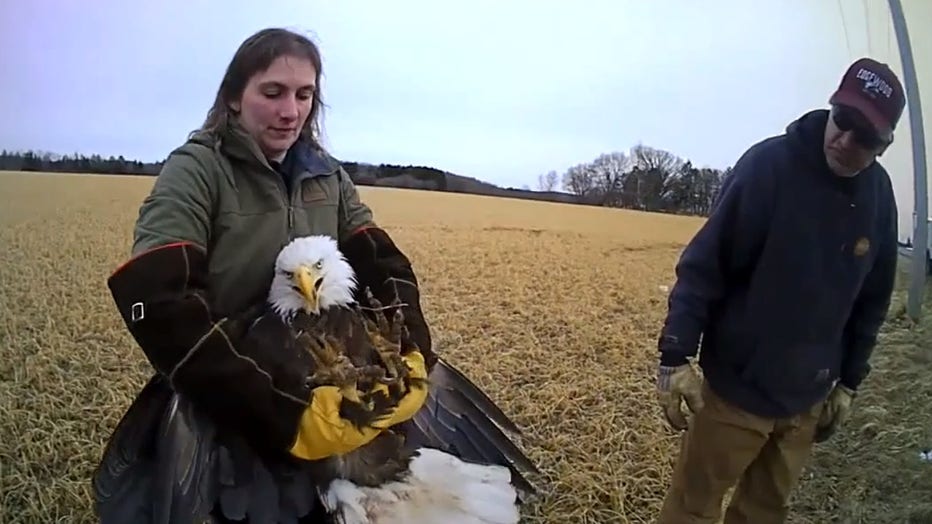 Dispatch called the Pine View Wildlife Rehabilitation Center who met the deputy at the scene and transported the bird to their facility to receive care.

"We are kind of assuming that it was a hit by a car incident. And I'm trying to give people the benefit of the doubt and say that maybe there was a car coming from the opposite direction -- that they maybe they just couldn't pull over far enough to get out of the way," said Kristen Bustamante of the Pine View Wildlife Rehabilitation Center. 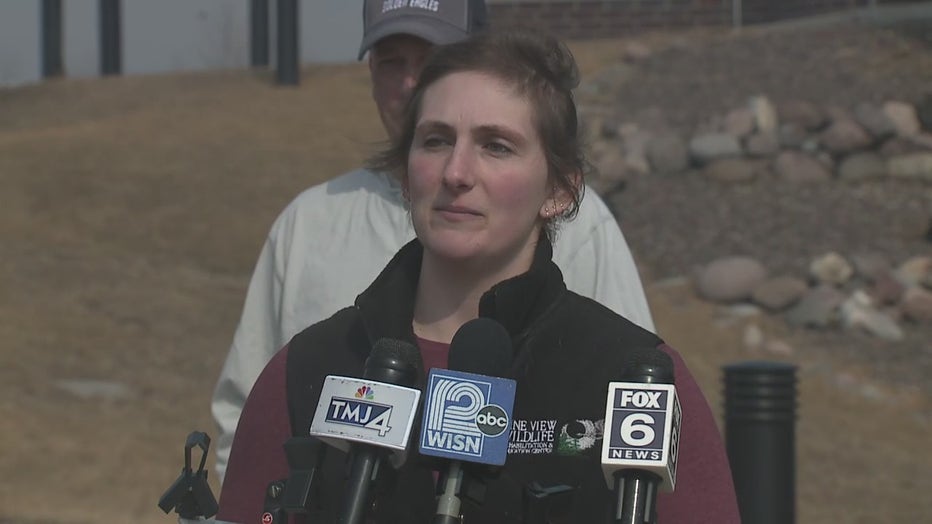 Bustamante said the bird of prey is resting comfortably in their center's ICU – and eating well.

"We are assuming and kind of diagnosed a shoulder dislocation. Unfortunately, for our birds of prey and really all birds, they don't have the same sort of, kind of like that ball and socket joint that we have. There is no way to surgically reduce any dislocations in these birds," Bustamante said.

Bustamante said the eagle has no fractures – and officials believe it is a female.

The wildlife rehab team is waiting to do a final assessment on the eagle. Members say time will tell if the eagle is able to fully recover.

Findorff conducted on Wednesday, March 16 a massive concrete pour to establish the foundation of The Couture along Milwaukee's lakefront.

The Milwaukee Air & Water Show will return in 2022.

Brian is learning how park naturalisits tap and collect the sap that essential for real Wisconsin maple syrup.