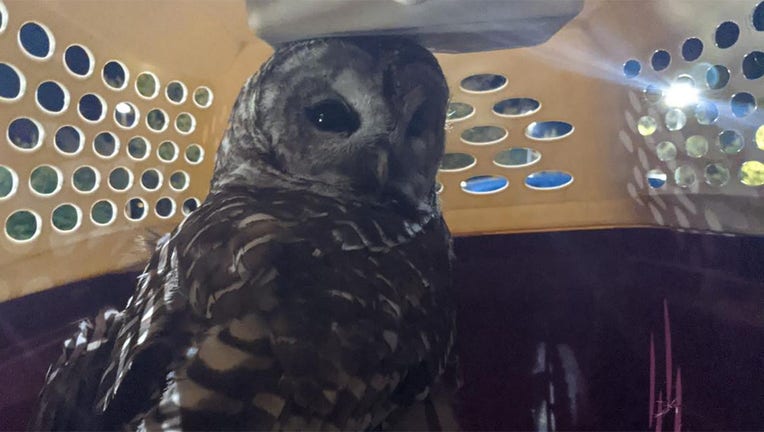 WINNEBAGO COUNTY, Wis. - An owl was injured after it flew into a Winnebago County driver's truck on Thursday, May 13.

According to the Winnebago County Sheriff's Office, the driver was traveling in the Town of Winchester with his window partially open when the owl hit the top of the door frame and flew into the open window.

The owl landed on the driver's neck and rolled into the back seat.

The driver was not injured. However, the owl sustained an injury to its left wing.

Deputies named the bird "Owlfred" and brought it to the sheriff's office. It has since been turned over to Wildlife of Wisconsin.

Turkey vulture released back into the wild

A turkey vulture that somehow made its way into Rockwell Automation in Milwaukee has been rehabbed and released back into the wild.