BAHAWALPUR, Pakistan — An overturned oil tanker burst into flames in Pakistan on Sunday, killing 153 people who had rushed to the scene of the highway accident to gather leaking fuel, a hospital official said as the death toll continued to rise.

Dr. Javed Iqbal at Bahawalpur's Victoria Hospital in south Punjab said the latest deaths occurred at a hospital in Multan where some of the 50 critically injured, many of whom suffered extensive burns, had been taken. 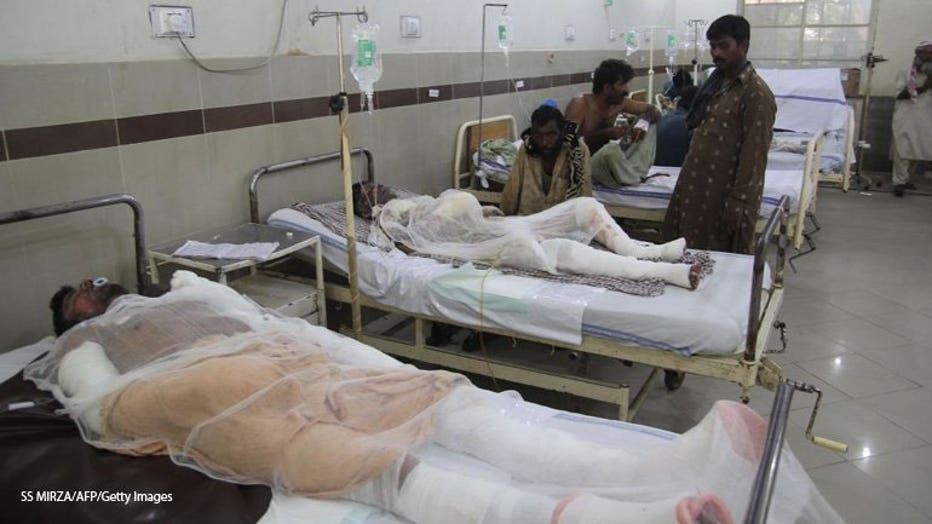 The death toll could rise further as dozens are still in critical condition, said Dr. Mohammad Baqar, a senior rescue official in the area. There were dozens of other injuries of varying degree, he said.

Saznoor Ahmad, 30, whose two cousins were killed in the fire, said the crowd of people screamed as the flames engulfed them. 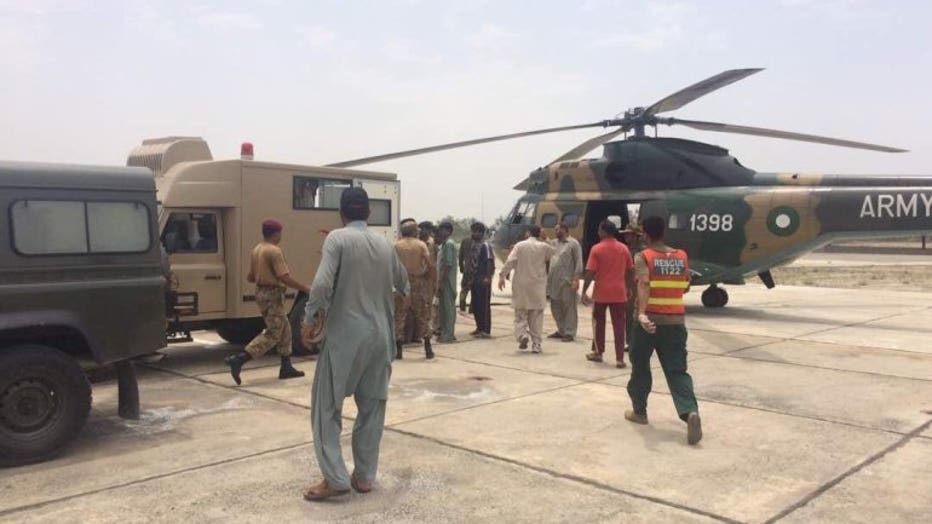 "The fire moved so fast," he said. When the flames subsided the field was strewn with bodies, and nearby were the charred shells of motorcycles and cars that the villagers had used to race to the scene.

As the wounded cried out for help, residents wandered through the area looking for loved ones.

Zulkha Bibi was searching for her two sons.

"Someone should tell me about my beloved sons, where are they? Are they alive or are they no longer in this world? Please tell me," she pleaded. 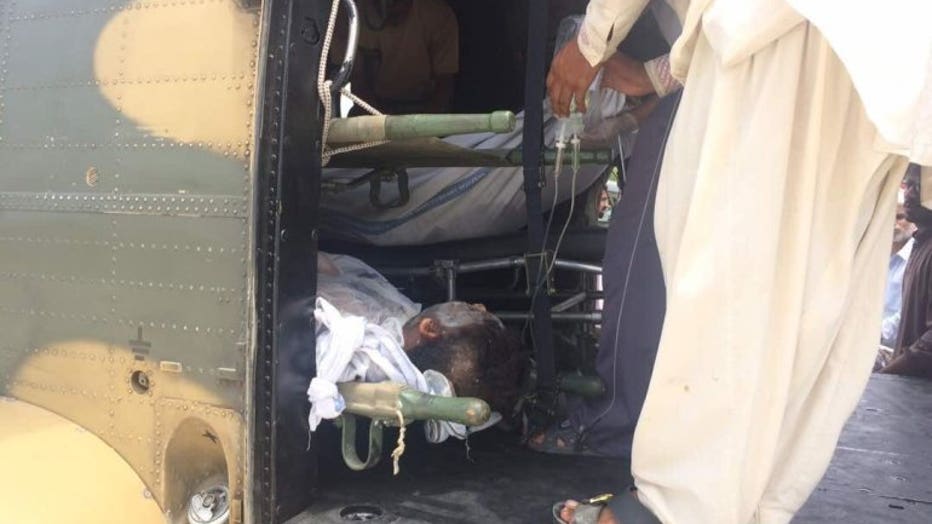 The disaster came on the eve of the Muslim holiday of Eid al-Fitr, which marks the end of the fasting month of Ramadan. While Saudi Arabia and most other Muslim countries celebrated the holiday Sunday, Pakistanis will mark it on Monday.

The tanker was driving from the southern port city of Karachi to Lahore, the Punjab provincial capital, when the driver lost control and crashed on the national highway outside Bahawalpur.

A loudspeaker atop a local mosque alerted villagers to the leaking fuel, and scores raced to the site with jerry cans, said Rana Mohammad Salim, deputy commissioner of Bahawalpur.

When the fire erupted, the same mosque loudspeaker called on the remaining villagers to help put it out.

Mohammed Salim ran toward the smoke carrying buckets of water and sand, but said the heat was too intense to reach those in need.

"I could hear people screaming but I couldn't get to them," he said.

Abdul Malik, a local police officer who was also among the first to arrive, described a "horrible scene."

"I have never seen anything like it in my life. Victims trapped in the fireball. They were screaming for help," he said.

When the fire subsided, "we saw bodies everywhere, so many were just skeletons. The people who were alive were in really bad shape," he said.

Eyewitnesses said about 30 motorcycles that had carried villagers to the accident site lay charred nearby. Eight other vehicles were destroyed, they said.

A state of emergency was declared at the Victoria Hospital in Bahawalpur, said Dr.Iqbal. Within 15 minutes of the fire the hospital had called in extra doctors and nurses, and had formed a team to handle the emergency.

Iqbal said most of the patients suffered burns to upward of 80 percent of their bodies. After being stabilized 22 patients were transferred by C-130 aircraft to hospitals in the provincial capital, Lahore. Some of the most badly burned were evacuated by army helicopters to Multan, about 100 kilometers (60 miles) away.

The dead included men, women and children. Many were burned beyond recognition, Baqar said, and will have to be identified using DNA testing.