TAMPA, Fla. --  The Florida Department of Health says the number of known cases of COVID-19 in the state rose by 6,093 since yesterday morning as the virus spreads and as more people are tested across the state. The total number of cases in Florida is now 152,434.

The state is not reporting a total number of "recovered" coronavirus patients or those currently hospitalized. As of Tuesday, 14,580 Floridians had been hospitalized for treatment at some point.

A total of 1,946,510 people have been tested in the state as of Tuesday -- about 9% of the state's population -- according to the Florida Department of Health. 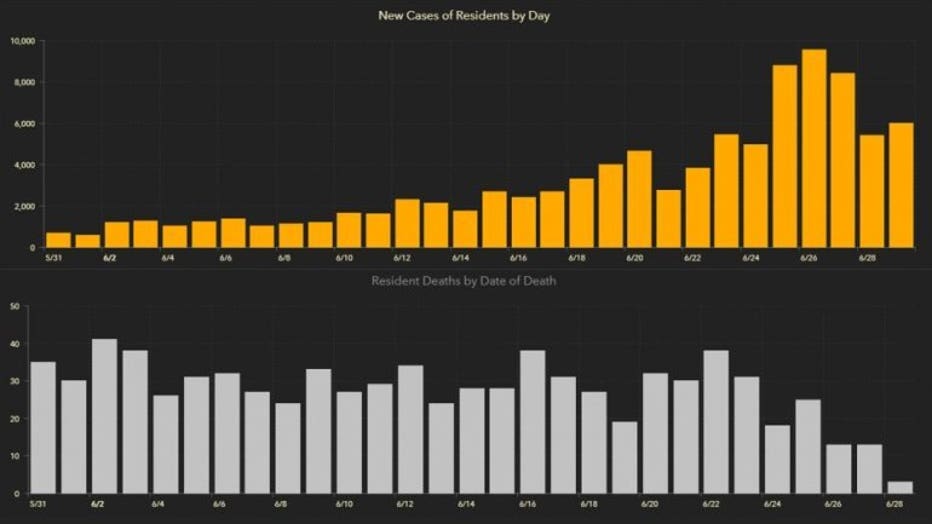 Tuesday's total new cases represented the 28th straight day with new cases near or over 1,000 per day after the state set another new record on Saturday.

The rate of positive new tests has increased during that time period. It was at 14.4% on Monday, the most recent date available. 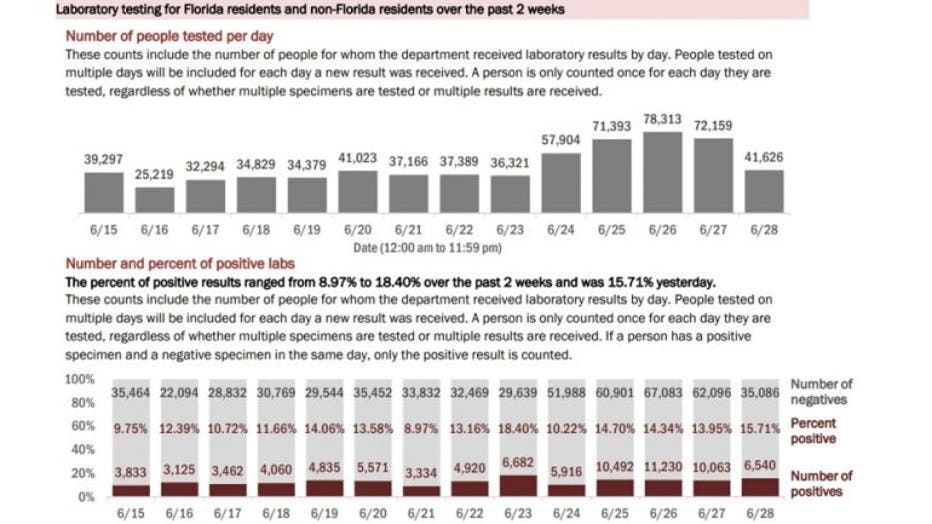 Experts say the current spike is partly due to more tests being given, but also a result of reopening the state.

Gov. Ron DeSantis says the recent case increases are largely due to testing of "high-risk" individuals like farmworkers in the state's rural counties, prisoners, and residents of long-term care facilities, though he has also noted the "erosion" in social distancing, especially among the younger demographics in social setting. That prompted him to order all bars to cease serving alcohol Friday.

While the number of new cases has trended up over the last few weeks, the number of deaths has appeared to remain flat or even trend down, though "significant delays" in data reporting, as the state says, make interpreting short-term trends from that statistic less reliable. 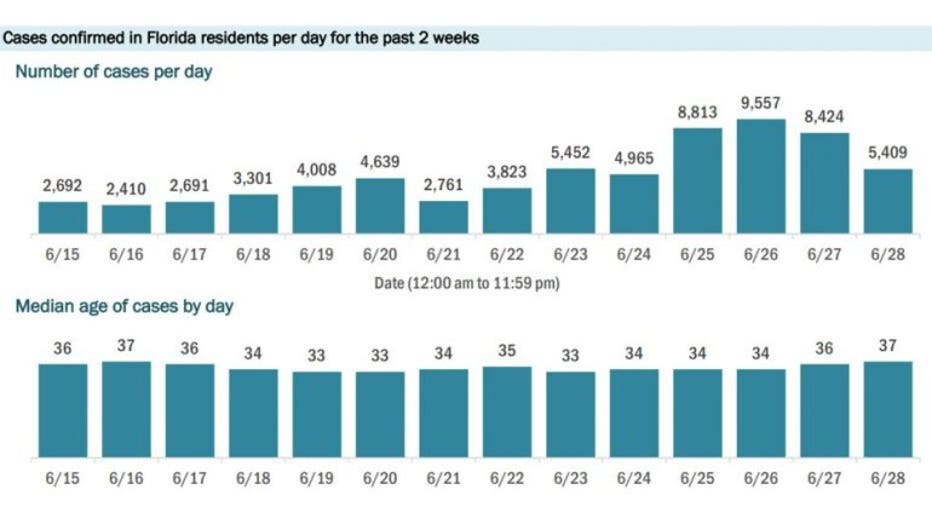 Editor's note: The number of new cases and deaths reported each day does not necessarily reflect the day that the case was confirmed. The state says some private testing labs dump large batches of test results which include cases from previous days. Stats for today and previous days will likely change in the future as the state reviews more cases and updates retroactive data.

The state's number of deaths represents permanent Florida residents who have died from COVID-19.