SALT LAKE CITY - An online petition is demanding the removal of a Deadpool poster, calling it a form of religious discrimination, according to KSTU.

A self-proclaimed anti-hero like Deadpool has no business being compared to Jesus Christ, according to the petition.

“A movie character which is all about crude humor and satire and sarcasm. They would see it being as precisely the opposite of the kind of characters and virtues that Jesus embodies,” said Patrick Mason, chair of Mormon studies at Claremont Graduate University.

The picture of 'The Second Coming' by Harry Anderson was commissioned by the church and is commonly seen in meetinghouses. 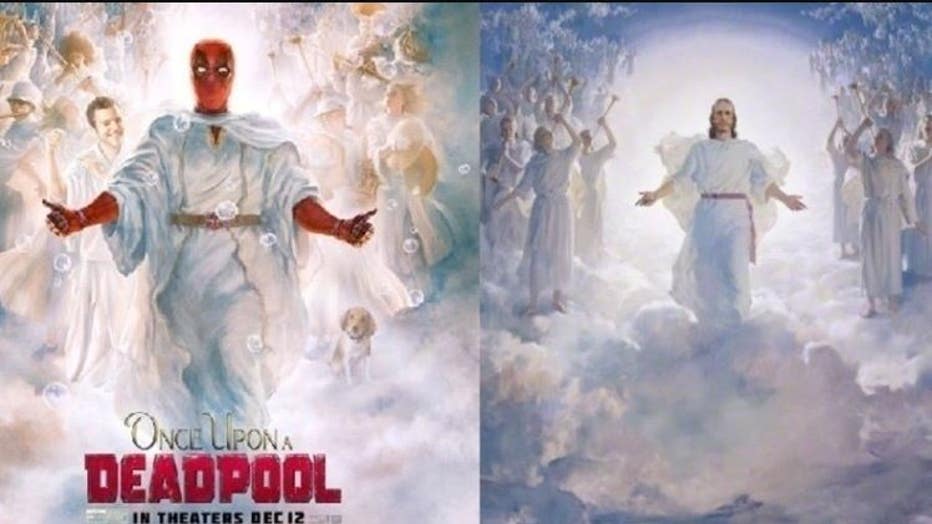 “The Second Coming is an important part of LDS religious belief. The idea that Jesus will come to the earth again and that particular portrayal of it is one of the most beloved and produced images of the Second Coming," Mason said. "You see it in Latter-day Saint homes and churches all over the place."

The online petition, which has more than 31,000 signatures, calls this Once Upon a Deadpool poster a form of religious discrimination.

Mason, who's a member of the church himself, said anytime people use the sacred art of another group, they should do research and ask people in that community for their opinion.

“If that wasn't done then I think it's a failure of research," Mason said. "If it was done and they're disregarding people's feelings then I think that`s another matter and that would be really unfortunate."