RACINE COUNTY -- Days of cleanup are ahead for families in Racine County after powerful storms that brought ferocious winds ripped through parts of southeast Wisconsin overnight/early Thursday, April 20th.

Most of the damage reported in the area involved uprooted trees and knocked over power lines.

Jamie Palmer described what was seen early on Thursday.

"My wife came out and said 'there's a trash can in the field.' So I went out and said, 'well honey, our barn is gone,'" Palmer said. 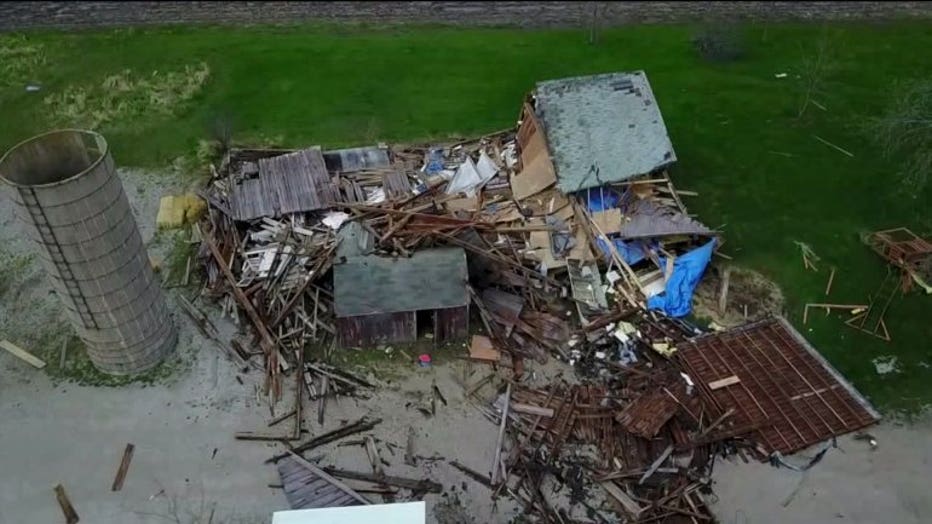 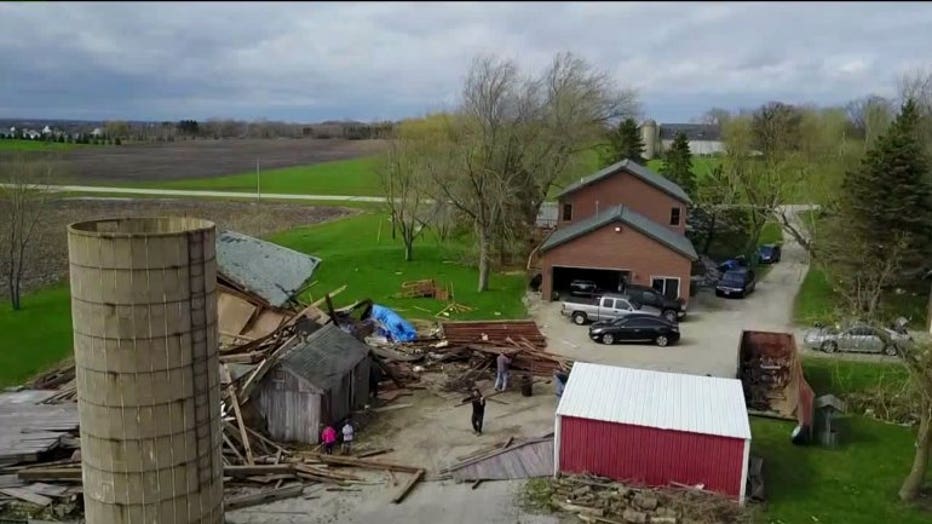 Palmer said his barn was two stories tall. The raging winds carried parts of the roof several yards away onto a nearby field.

"I put my family in the basement and we waited out the storm as it came through," Palmer said.

Palmer said the damage is odd. The barn caved in, but the adjacent property milk shed was still standing.

"It's original to the property and it has a lot of character," Palmer said.

Pieces of wood punched through their out building and punctured a truck. But their actual home was miraculously left untouched.

"I believe God is in control of everything. He kept my family safe. This stuff can be replaced," Palmer said.

Palmer said members of his church have offered to help him in the cleanup. He, like many other people, are reaching out to their insurance companies to file a claim.