MILWAUKEE -- COVID-19 may be killing more than just those who are sick. In Milwaukee, some say the fallout from the pandemic is helping fuel a surge in homicides.

Through July 6, the Milwaukee County Medical Examiner's office had logged 93 homicides in the county -- 89 in the city of Milwaukee. That includes officer-involved shootings and 'justifiable' homicides, such as those committed in self-defense. Milwaukee Police Department maintains its own list of homicides in accordance with FBI crime reporting standards, which do not include officer-involved deaths or cases of self-defense.

Scroll down for homicide maps from 2013 to present 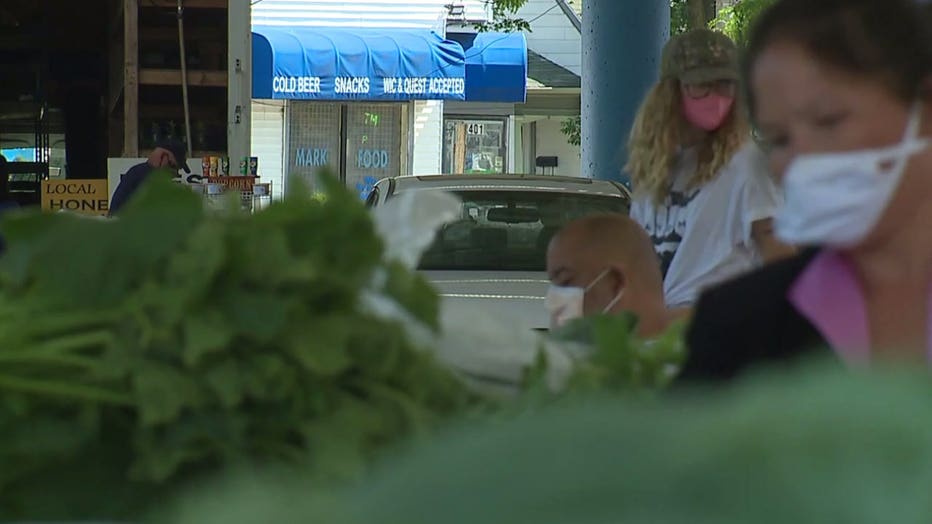 Within steps of the Fondy Farmers Market is a corner store in front of which a deadly shooting took place on May 26th. It was the third fatal shooting of the year on the same block of North 21st Street.

On a sunny Saturday morning, the Fondy Farmers Market is bustling with customers perusing tables full of fresh produce. But peering through the century-old, open-air marketplace, you can spy the marquis of a corner store at 21st and Meinecke. The same corner store that recently glowed with the flashing red and blue lights of Milwaukee Police squad cars after a deadly shooting.

On May 26, Dwayne Brown bled to death outside the store. Police say Brandon Gladney pulled the trigger after an argument.

"Our babies are dying," said Christal West, a neighborhood leader who lives halfway up the block from the store and ran to the scene to comfort Brown.

"There are certain conditions behind losing that life."

Two months earlier, police say Latwaun Hale shot a man in the neck over a $100 debt, then chased down 35-year-old Josephine Taylor as she ran for her life. He shot her dead in the street near 21st and Wright.

One month before that, Nyah Chatman took a bullet in the chest inside a house in 21st Street, just south of Wright. It was six days before her 26th birthday. 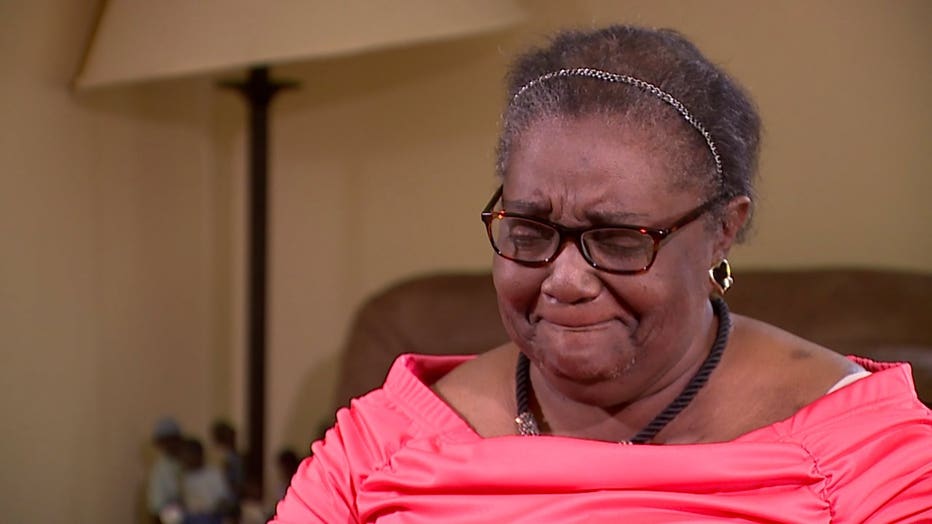 Ira Alexander chokes up as she talks about the one-year-old son her niece left behind after she was shot in the chest February 8th.

"His family is in as much pain as ours is," Alexander said, "because the mother and father will probably lose a son to the criminal justice system." 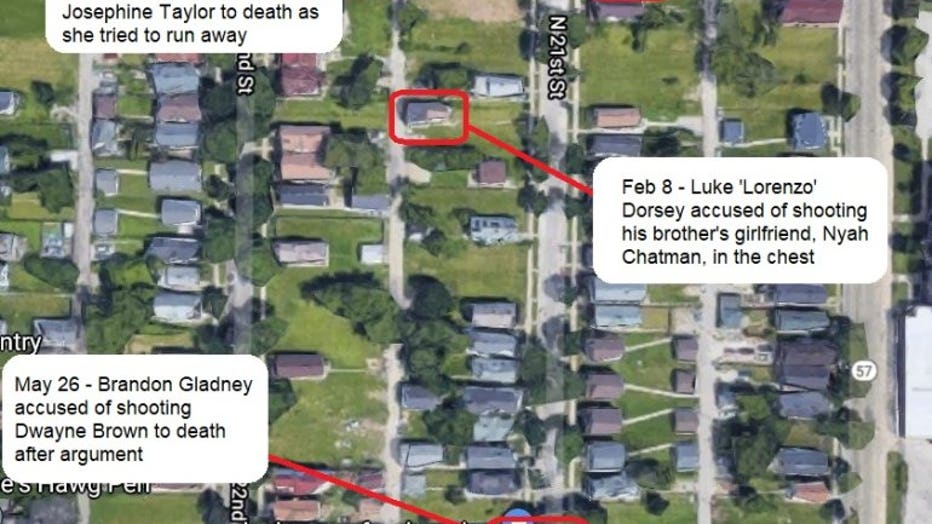 Three unrelated homicides on one city block in the first six months of 2020.

The shooting deaths of Brown, Taylor, and Chatman are entirely unrelated but for one thing. They all occurred on the same city block in the first six months of 2020.

"We've got an epidemic in this city," Alexander said.

The violence on 21st Street between Meinecke and Wright is emblematic of a surge in homicides so far this year.  Halfway through 2020, homicides are up more than 50-percent over the same time last year.

Arzel Ivery is accused of strangling his girlfriend and two of their children, then burning their bodies.

Christopher Stokes shot and killed five members of his own family and was later deemed mentally unfit for trial and was committed to a mental health institution.

And, of course, there is the mass shooting at MolsonCoors in Milwaukee's Miller Valley that left five brewery employees dead.

"Those three events right there account for 13 homicides," Formolo said.

But Carmen Pitre says there's more to the increase than that. 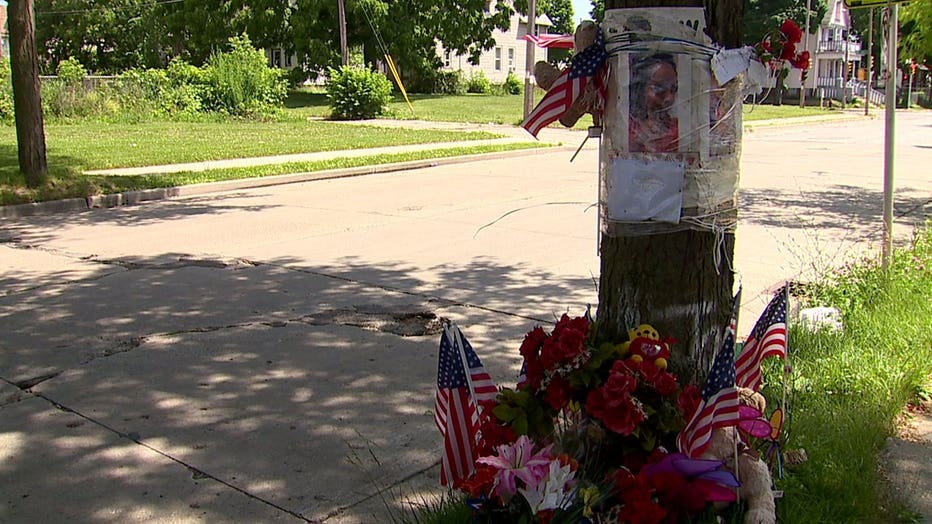 A streetside memorial still adorns a tree near 21st and Wright Street where Josephine Taylor was gunned down in March while alleged trying to escape the pursuit of Latwaun Hale. Police say Hale had already shot another man over a $100 debt when Taylo

She says roughly one-third of the homicides so far in 2020 involve victims who lived with or had an intimate relationship with their killers. In fact, Pitre says the total number of deaths connected to family violence in Milwaukee in the first half of 2020 (27) is nearly equal to the number (30) for all of 2019.

"There's a lot of barriers that keep people stuck in relationships. And they've all been made worse under COVID. Housing, food, the future looks insecure for everyone."

The fallout from the pandemic is affecting more than just domestic relations.

"If you're struggling and you're stressed and you need things," West said, her words trailing off.

"People stuck in the house, not working, can't work, worried about paying their rent, mortgage, getting food," Alexander said.

Schools are closed. Unemployment is rampant. And the usual distractions -- festival, ballgames, entertainment -- are gone.

"Once they've sort of run through the resources in their neighborhood," Alexander said, "what are they going to do? Unfortunately, some people decide they're going to prey on each other." 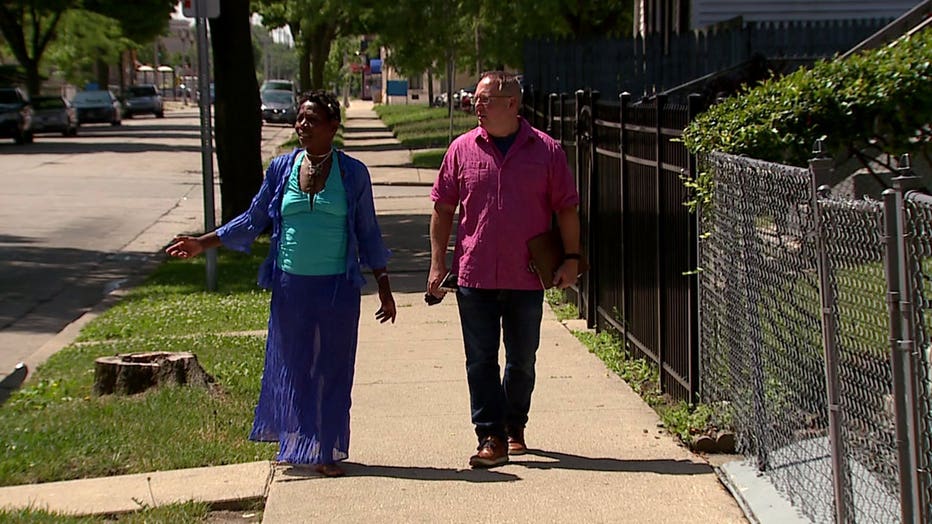 Christal West, a community leader in Milwaukee's Amani neighborhood, says the string of deadly violence on her block is "an anomaly," but says throughout the city, deadly violence is a product of poverty and a lack of community investment.

She says the string of homicides on her specific block is unusual, but across the city's north and west sides, the patterns look all too familiar.

The FOX6 Investigators mapped homicides in the county dating back to 2013.

(Note: The maps we've created here are based on incident locations provided by the Milwaukee County Medical Examiner's office. There are a small number of cases each year which could not be mapped because an incident location was not listed.)


Year after year, you can see that deadly violence plagues the same parts of the city while sparing others.

"If you're seeing the same issue play out, play out, play out, then it tells you something isn't being done right," West said.
This year's deadly spike is the first since the Milwaukee Homicide Review Commission stopped reviewing homicides in 2017. Earlier this year,  the commission published a study on sex trafficking.

Pitre says, from what she's been told, the commission may soon start doing what its name suggests once again - reviewing homicides.

"Anytime we're not collaborating it concerns me," Pitre said. "We need to bring our best thinking to the table to try and address this problem."

"You get systematically accepted of the violence," West said. "You start saying, 'Ok that's normal."

And that is what concerns West the most. Raising a generation of children for whom lethal violence is just a part of neighborhood life. And streetside memorials are fixtures of the local landscape. 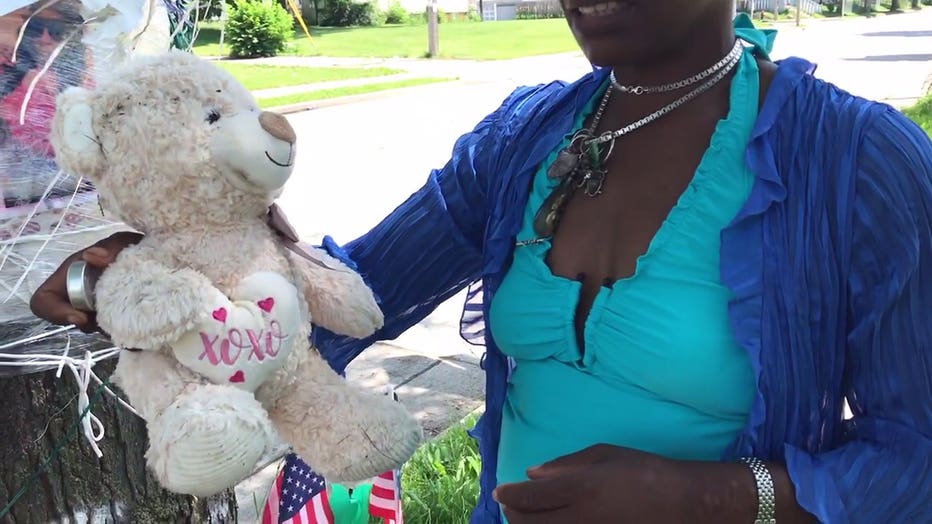 West worries that children in the neighborhood will associate items of comfort, like stuffed bears that often adorn memorials, with death.

"Teddy bears are supposed to mean comfort," West said, as she leaned down to pick up a stuffed bear from the base of a tree just steps from where Josephine Taylor's life ended a few months ago. 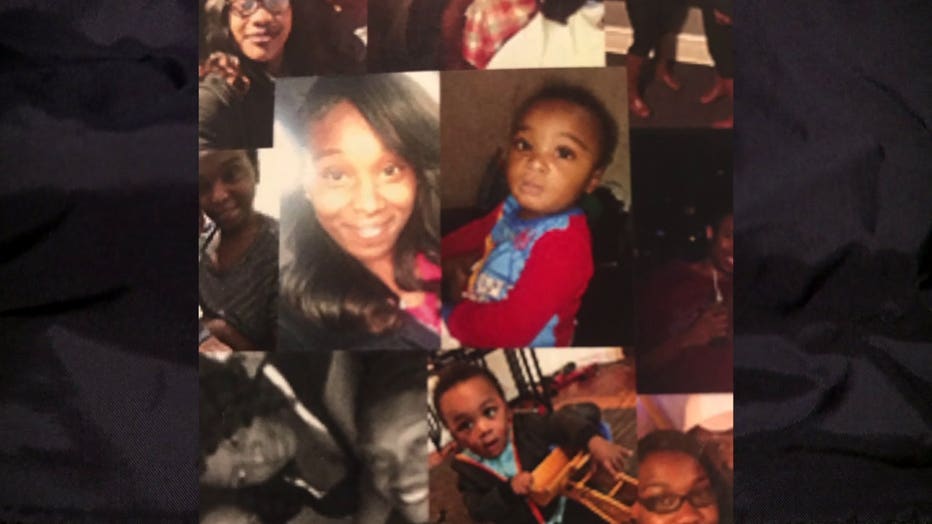 Nyah Chatman left behind a one-year-old son, Lorenzo. The man accused of killing her is the child's uncle, Luke 'Lorenzo' Dorsey.


That's why Nyah Chatman's relatives say they are putting their focus on the 1-year-old child she left behind.

"A part of her is still alive," Alexander said through tears.

A boy with a past he's too young to understand. And a future that is yet to be written.

Of the 89 homicides recorded in the City of Milwaukee so far this year, nearly half (42) have already led to the filing of criminal charges, including all three of the shootings on or near 21st Street between Meinecke and Wright.

At least 9 others will likely never lead to criminal charges, because the suspect killed himself or because the act was deemed to be justified, such as a self-defense killing or an officer-involved shooting.

That leaves about 38 other cases that are, as yet, unsolved.