OSHKOSH -- The Oshkosh police officer who authorities say was stabbed by an Oshkosh West High School student is now out of the hospital.

Wissink was escorted through the streets of Neenah to Oshkosh West High School, where he got another warm welcome.

Officer Wissink held his Oshkosh West blue hat outside -- and students and parents lined the streets with hundreds of signs to honor the officer who has kept them safe for years. 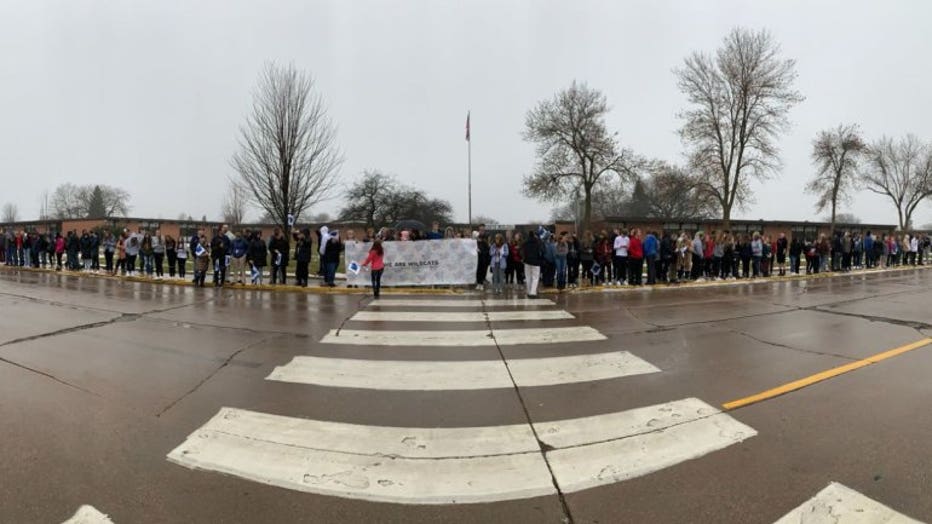 "It’s really important that we show them that we appreciate their hard work and their efforts in keeping our children safe. I know I appreciate it, and I’m sure that’s why everyone else was here too because we really appreciate it," said Isabelle Johnson, an Oshkosh West parent.

"We are incredibly thankful to Officer Wissink for his actions last week. Today we had an opportunity to show him how grateful we are for his commitment to keeping our students and staff safe," said Vickie Cartwright, the superintendent of Oshkosh schools.

It is not clear if Officer Wissink will resume his duties at the high school. Students say they are just glad he is OK.