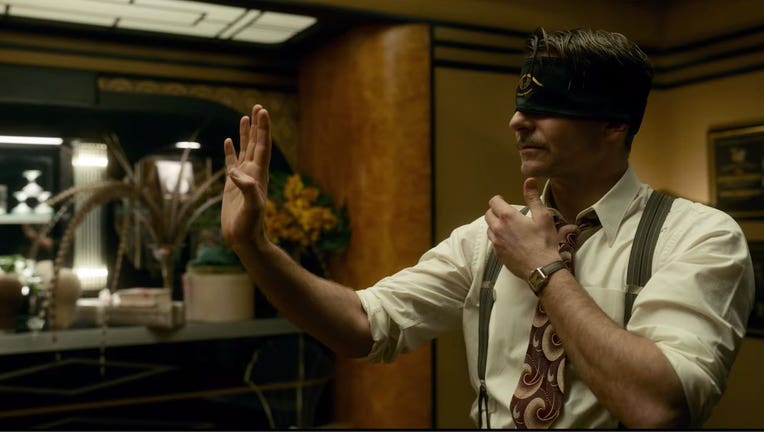 CHICAGO - Despite the usual snubs, flubs and surprises, the Academy Award nominations were actually pretty solid this year. In addition to honoring great performances like Penelope Cruz in "Parallel Mothers," Andrew Garfield in "Tick, Tick … Boom!" and Denzel Washington in "The Tragedy of Macbeth," the Academy also rounded up an appreciably diverse list of Best Picture nominees.

All this week we’ll be spotlighting the 10 films nominated for the big prize. And since we could all use more stuff to watch these days, we’ve also rounded up recommendations for movies (and TV shows) that echo or influence them in some way — all of which are streaming (for free!) on Tubi. Next up: Guillermo del Toro’s remake of the side show noir "Nightmare Alley."

RELATED: The must-see movies of 2021: Spiderman, The Matrix 4 and more

The premise: "When charismatic but down-on-his-luck Stanton Carlisle (Bradley Cooper) endears himself to clairvoyant Zeena (Toni Collette) and her has-been mentalist husband Pete (David Strathairn) at a traveling carnival, he crafts a golden ticket to success, using this newly acquired knowledge to grift the wealthy elite of 1940s New York society. With the virtuous Molly (Rooney Mara) loyally by his side, Stanton plots to con a dangerous tycoon (Richard Jenkins) with the aid of a mysterious psychiatrist (Cate Blanchett) who might be his most formidable opponent yet."

Our critic’s take: Guillermo del Toro goes to the circus

A noir thriller with horror touches, "Nightmare Alley" lets writer/director Guillermo del Toro play around with the cabinet of curiosities he loves so much. Bradley Cooper stars as a man with a troubled past who literally runs away to join the circus. There he learns how to put on a great clairvoyant act, a skill he decides to put to devious use once he meets glamorous psychologist Dr. Lilith Ritter (Cate Blanchett). Based on both a 1946 novel and a 1947 film adaptation, del Toro brings his signature love of outcasts to this sordid tale of love, ambition and the rules of the side show.

Much like its onscreen world of wonder, "Nightmare Alley" has a curious production history of its own. The team shot the second half of the film first — a stylized Cooper/Blanchett psychological thriller steeped in noir tropes — only to be shut down by the pandemic in March of 2020. They then returned months later to finally shoot the first half of the film, which grew from mere prologue to a compellingly lived-in, extended character study about life in a carnival side show.

While both halves have their strengths (the first more than the second), they never entirely gel together, leading to a film that feels consistently stylish but also strangely bifurcated. Still, del Toro knows how to put on a show with his sumptuous visuals, and his top-notch cast perform impressive sleight of hand when it comes to papering over some of the story’s weak points. Though "Nightmare Alley" is too long and meandering to totally work as a cohesive film, there’s no doubt it has images that will stick with you — none more so than its haunting final shot. [Caroline Siede]

How to watch "Nightmare Alley"

Rent or own: You can rent or purchase "Nightmare Alley" on VOD platforms like iTunes, Amazon Prime Video, Vudu and Google Play. t’s also available for purchase on DVD, Blu-ray and 4K.

On the big screen: You can still geek out ("Nightmare Alley" pun!) over this movie in limited theaters across the country.

What to watch next

With its romantic story of side show trickery, "Nightmare Alley" has a lot in common with "The Illusionist," the Edward Norton magician mystery that came out the same year as "The Prestige." You could also lean into the noir angle of "Nightmare Alley" with the classic Alfred Hitchcock thrillers "Dial M For Murder" and "Notorious." Or what about the schlocky 1960s circus horror of "Circus of Horrors" and "Circus of Fear"? We’re pretty sure director Guillermo del Toro and his cabinet of curiosities would approve.

Allison Shoemaker contributed to this report.