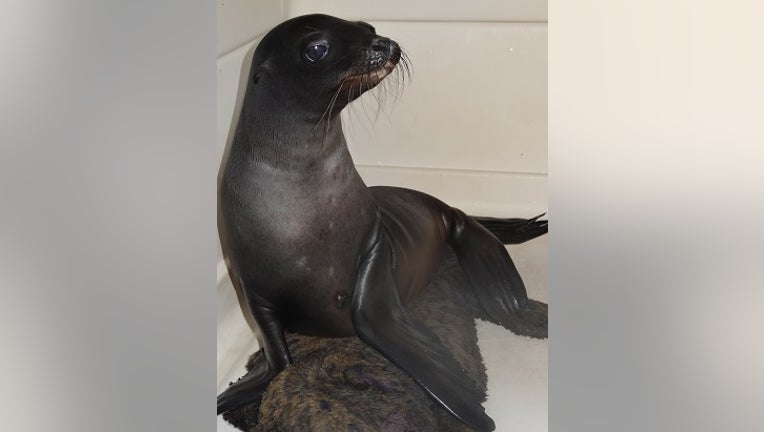 In early September, Nalu was found stranded alone on the Pacific coast in Santa Barbara, California.  He was just 3 months old.  He received immediate care at the Santa Barbara Marine Mammal Stranding Center, and animal care staff determined he was malnourished and dehydrated, and most likely stranded due to separation from his mother.

Due to his age, Nalu has been deemed non-releasable since he’s still of nursing age, and not foraging on his own for food. Sea lion pups don’t begin eating meat until 6-12 months of age.  He now requires 24-hour care and is bottle fed every 4 hours.

The pup will be viewable in person to Zoo guests in the spring of 2014.