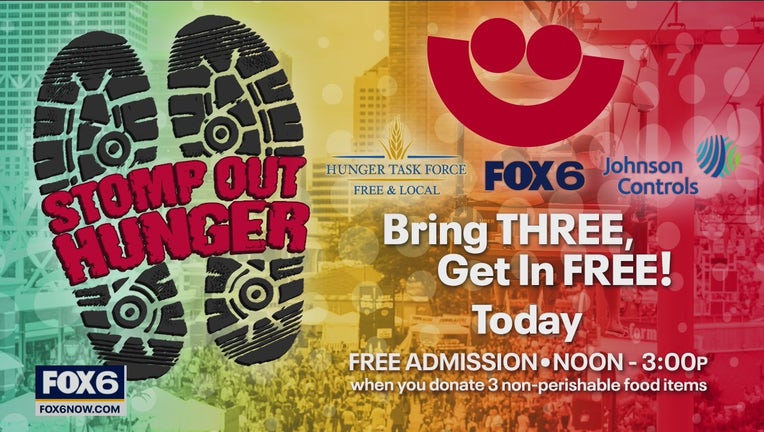 MILWAUKEE - After a year off, Summerfest is back for three weekends of live music at Henry Maier Festival Park. The gates open at noon Thursday.

You can help Stomp Out Hunger with the Hunger Task Force by bringing three non-perishable food items to get free admission from noon until 3 p.m. Thursday at all three gates.

Brian Kramp checks out the Northwestern Mutual Community Park – a brand new playground for all ages and abilities.

If you're looking for a more intimate feel with some of your favorite bands, check out the Am Fam House on the Summerfest grounds.

AM FAM House at Summerfest

Stop by the most exclusive venue at Summerfest where the biggest names will return to the small stage. Kramp checks it out.

Kramp checks out the US Cellular stage at Summerfest. Gates open at noon Thursday.

Hop a ride on a Freedom Boat for free during Summerfest.