EAGLE -- He lied to supervisors, falsified reports and got fired from the police force.  Now a  former Milwaukee police officer is back on patrol about 45 minutes away.

Fox 6 Investigators show you how he got back on patrol and why his case may not be unusual.

It's Friday afternoon and a squad car is blazing through Bay View blowing through red lights and stop signs. 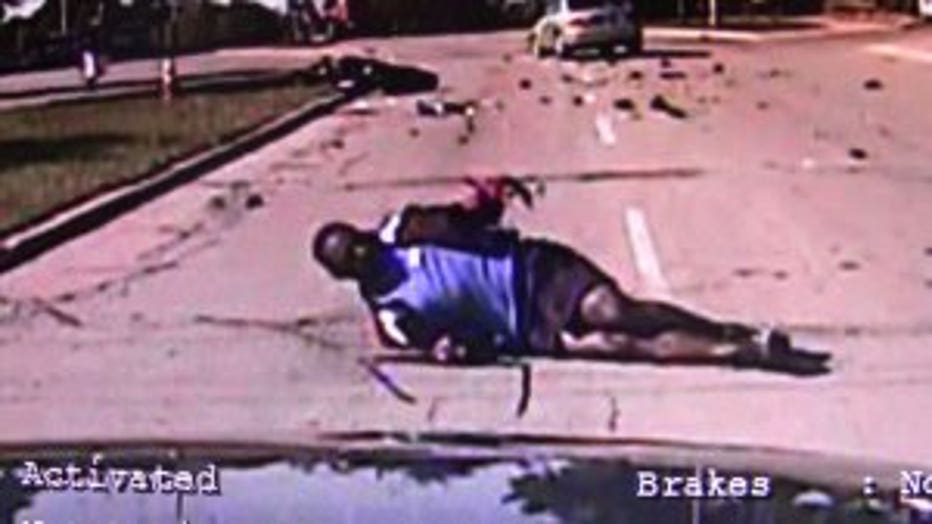 A high-speed police chase in 2012 leaves a motorcyclist seriously injured and an innocent driver hurt. The officer who initiated the chase lied about his reason for doing so.

Nearly hitting a semi and driving over a curb. All because of a motorcycle the officer claims was speeding.  When Milwaukee Police Chief Ed Flynn changed the department's policy on vehicle pursuits, this is the very thing he was trying to avoid;  a motorcycle rider is nearly killed and an innocent driver's car is totaled. 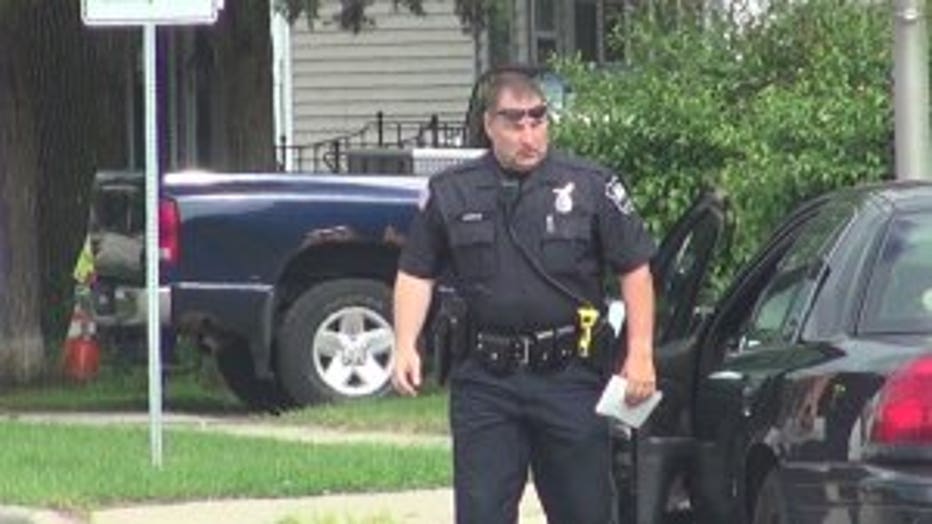 Officer Kurt Kezeske found a new job this year in Eagle after he was fired by Milwaukee Police Department.

The crash happened in 2012, a year after the new pursuit policy began. It only allows an officer to chase if he believes a violent felony has been committed. Speeding is not sufficient cause, and  Officer Kurt Kezeske knew that. So, the 18-year veteran of the force lied.

In the heat of the chase, Kezeske radioed to dispatch, "I've got a motorcycle that tried to ram me."  Attempting to ram a squad car would be enough to justify a chase and according to a report by the Milwaukee Fire and Police Commission, Kezeske repeated the ramming story again and again to detectives and supervisors.  There's just one problem-- it never happened. He made it up, so the Milwaukee Police Department fired him.

Four years later, he's back on patrol. Just not in Milwaukee. 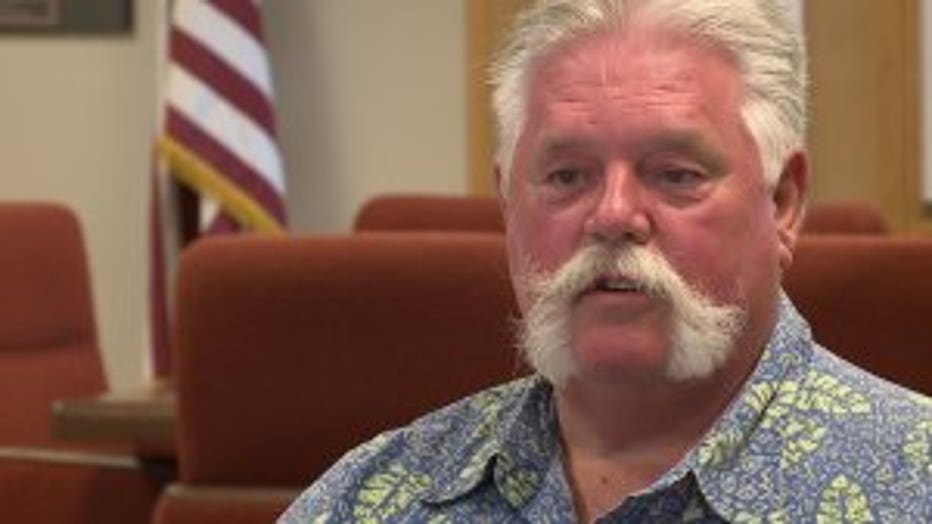 Eagle Village Trustee Mike Rice says he never would have made a motion to hire Kezeske had he known about his dishonesty as a Milwaukee police officer.

The Village of Eagle covers little more than one-square mile in the southeastern corner of Waukesha County. Fewer than 2,000 people call it home, but they pay for their own local police force.  With three full-time officers and a handful of part-time cops they don't often get applicants who come with 18 years of experience.

When the village supervisor, Mike Rice, voted to hire Kezeske full-time earlier this year, he did not know Milwaukee Police fired him.   "We all work for a living full-time or are retired and we do this part-time. We're not experts at anything. So, we take the word that comes forward from people around us," Rice said.

Rice relied upon the recommendation of the 3-member police committee, chaired by Greg Hein. 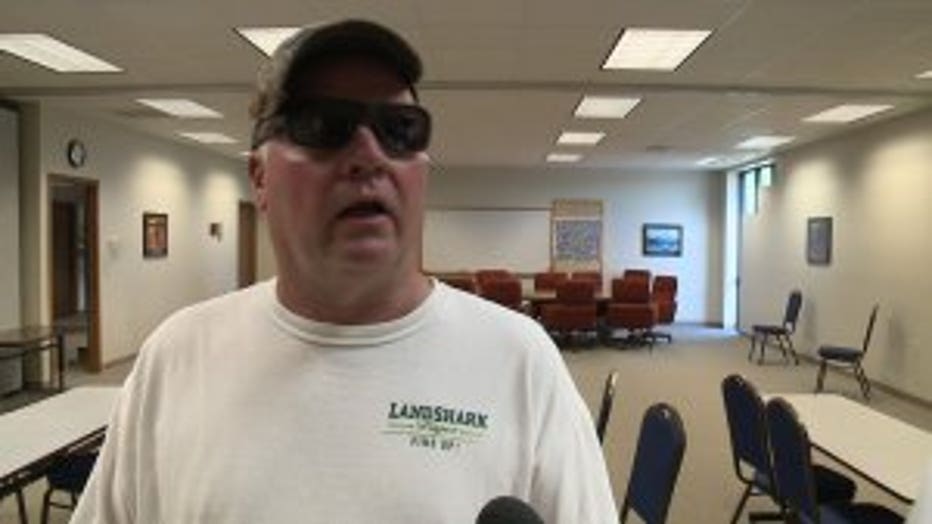 Greg Hein, chair of the Eagle Police Committee, said he could not remember if he'd seen a background check on Kezeske.

"Did you know about the background and what had happened in Milwaukee?" Fox 6 Investigator, Bryan Polcyn asked.
"You know, it's been so long. I'd have to go back and look at my records to make sure, you know, that I had all the information," Police Committee Chair, Greg Hein, replied. "So, I really don't wanna answer yes or no to that question."

Hein says the committee relied on the recommendation of Police Captain Steve Lesniewski.

"How do you feel about hiring an officer who lied to investigators?" Polcyn asked.
"I've said I'm not going to get in specifics," Lesniewski said. "That's a personnel matter."

Kezeske is hardly the first fired cop to get hired by another department.

The FOX6 Investigators asked the Wisconsin Department of Justice for a list of every police officer in the state who's been discharged from duty since 2012 -- and where they work now. It took the department 42 days to turn over the list. And when they did, every officer's name was blacked out.

In a letter to FOX 6 News, attorneys for the Department of Justice argue that releasing officer's names might subject them to personal attacks and could have a chilling effect on recruitment. The records they did release show that more than one-third of the officers discharged since 2012 are already back on the job somewhere else. 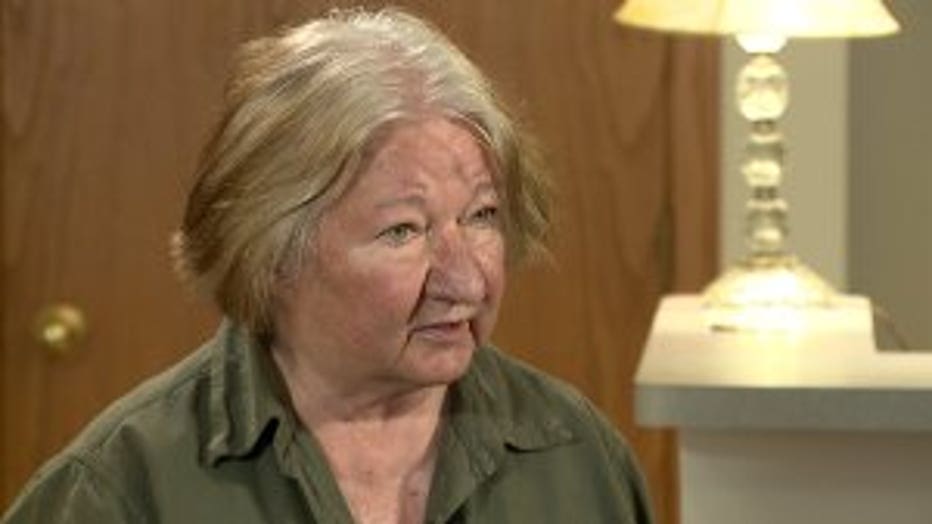 Sharon Royston, a former Eagle trustee, said Kezeske's hiring is just the latest in a string of questionable personnel moves related to the police department.

Sharon Royston says she's not surprised it happened in Eagle."I don't think it should've happened," she said, " I was never allowed to see any background checks. Never."   Royston is a former member of the Eagle Village Board, " 40% of our village budget is going towards the police department and I didn't think, and a lot of villagers didn't think, we were getting our money's worth."

It was Royston who exposed a secret deal that allowed the last police chief to retire with a two-year severance package. A highly unusual deal the village is still paying for, but can't explain  because of a confidentiality agreement.  "We'll never know. They are prevented from telling any details," Royston said.

So Royston spearheaded an effort to eliminate the Eagle Police Department and have Waukesha County patrol instead, but voters shot it down. That was before officer Kezeske was hired full-time in May.

After the Fox 6 Investigators started asking questions, the Eagle Police Committee met to talk about their hiring practices, but they declined to talk about any officer in particular.

Rice says he never would have voted to hire Officer Kezeske had he known about his background.

"The biggest thing is the falsifying reports and I think that would concern anybody here," Rice said.

But the one man who admits he knew, didn't seem to share his concern. 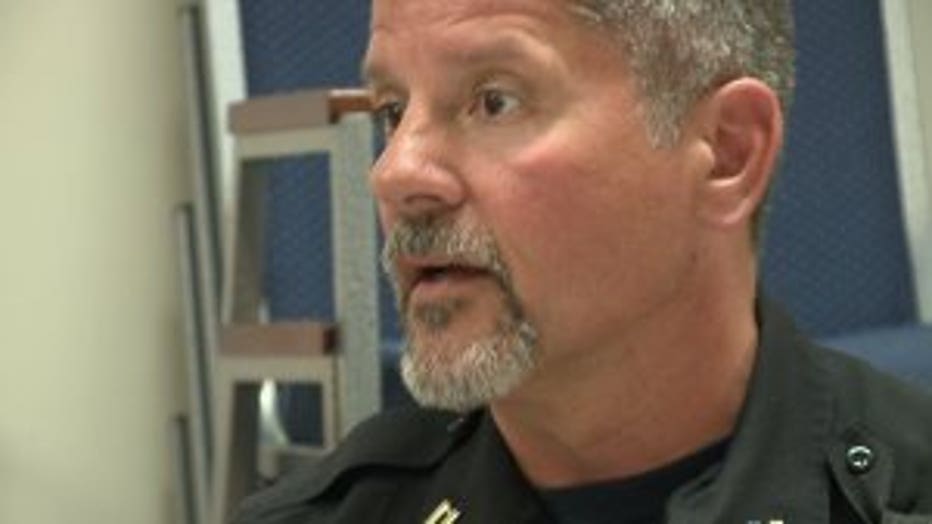 Eagle Police Captian Steve Lesniewski recommended Kezeske to fill a full-time officer opening in May. He says he knew about the chase incident in Milwaukee, but declined further comment because it was a "personnel matter."

"Did you know about the background? " Polcyn asked.
" I did," Captain Lesniewski said.
" You did? And you were ok with that? Polcyn asked, as Lesniewski walked away.

After the Fox 6 Investigators got involved, Eagle Village supervisors voted to release Officer Kezeske from his duties.  He did not return multiple calls for comment.

As for the other 446 officers discharged statewide since 2011, the Department of Justice says they may or may not have done anything wrong.  The state doesn't keep track of which officers are discharged for cause and since the state blacked out all of their names, we have no way to find out how many committed actual misconduct before being hired somewhere else.