MILWAUKEE -- A drunk driving suspect ended up on the rocks along Milwaukee's lakefront -- and body camera video shows her rescue and arrest.

It started as a three-vehicle crash near Lincoln Memorial and Michigan on April 13.

When officers responded to the scene, the driver who caused the crash was missing. They found the woman on the rocks behind Discovery World.

Police say after the crash, she walked out on the dock and jumped over the railing, into the water. She later climbed back up onto the rocks.

Officers were able to get a life jacket on her, and eventually got her to safety with the help of fire officials.

She was cited for inattentive driving, open intoxicants in her vehicle and drunk driving. She has pleaded not guilty. 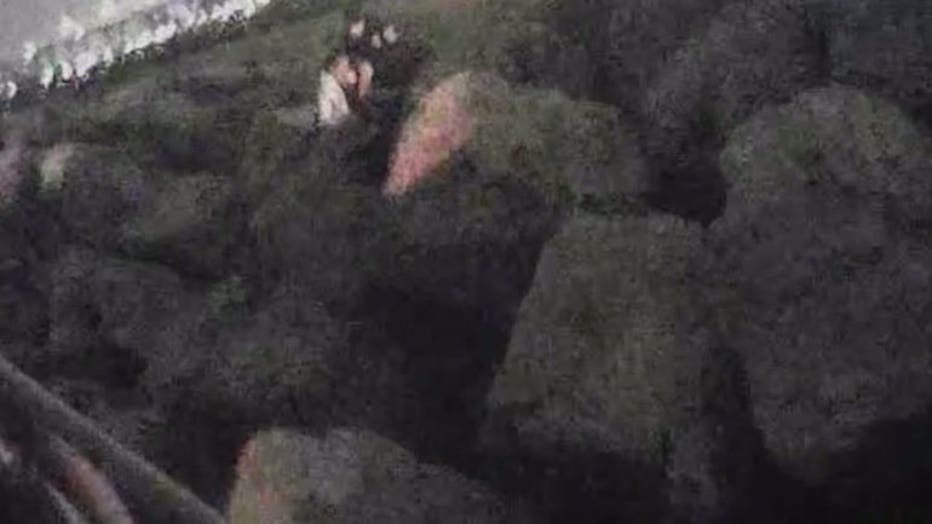