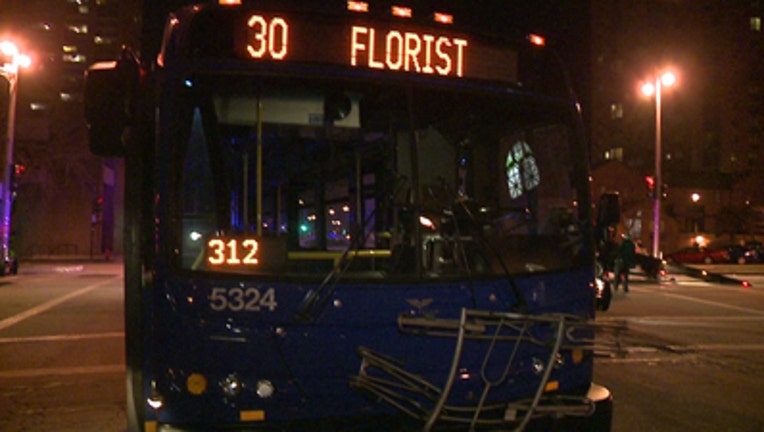 It happened near Jackson and Kilbourn.

A Milwaukee Police official told FOX6 News the bus had the right of way at the time of the crash. The SUV rolled over as a result of the crash.

There were no serious injuries as a result of this crash.

There is no word on what led to the crash at this time.