TOWN OF EAGLE (WITI) — Waukesha County Sheriff's officials have released a suspect sketch in connection with an armed robbery that occurred at a residence in the Town of Eagle on November 24th. 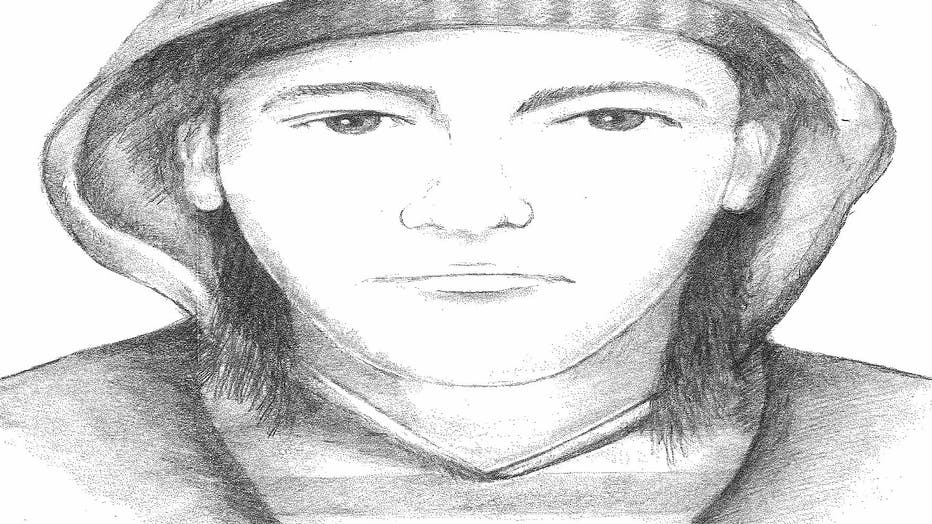 Sheriff’s officials say just before 11:00 p.m., officials responded to a report of an armed robbery at a home on Terrace Road in the Town of Eagle.

Responding deputies were advised that three armed suspects had fled the residence in two vehicles, one of which was the homeowner’s.

The homeowner’s vehicle was located by responding deputies however, it had been abandoned.

The second suspect vehicle is described as a gold colored Chevrolet Trail Blazer.

Sheriff’s officials say the homeowners and their son had just returned to their residence at approximately just before 10:00 p.m. — entering into their garage when they were approached by the three armed suspects.

Sheriff’s officials say the homeowners and their son were then held against their will as three armed suspects began stealing various items from the residence.

The homeowners and their son were unharmed.

Now, Sheriff's officials have released a sketch, along with a description of a possible suspect. That suspect is described as a white male with light skin, who appeared to have some Hispanic or Latino ethnicity. He is in his early to mid-20s, is 5'10" tall to 5'11" tall, weighs 160-180 pounds and has a thin to medium build with dark straight hair and brown eyes.

He was wearing a knit or ribbed skull cap and a dark hooded sweatshirt with the hood up over his head. The sweatshirt had black and white horizontal stripes.

The suspect was also wearing a black and gray jacked unzipped over the sweatshirt with blue jeans.

Anyone with information is asked to contact the Waukesha County Sheriff's Department.