MILWAUKEE -- A KC-135 Stratotanker aircraft (KC-135) based out of Mitchell Air National Guard Base experienced an in-flight emergency on Wednesday afternoon, May 30. It returned to Milwaukee around 2:40 p.m. after experiencing what is believed to be a lightning strike. 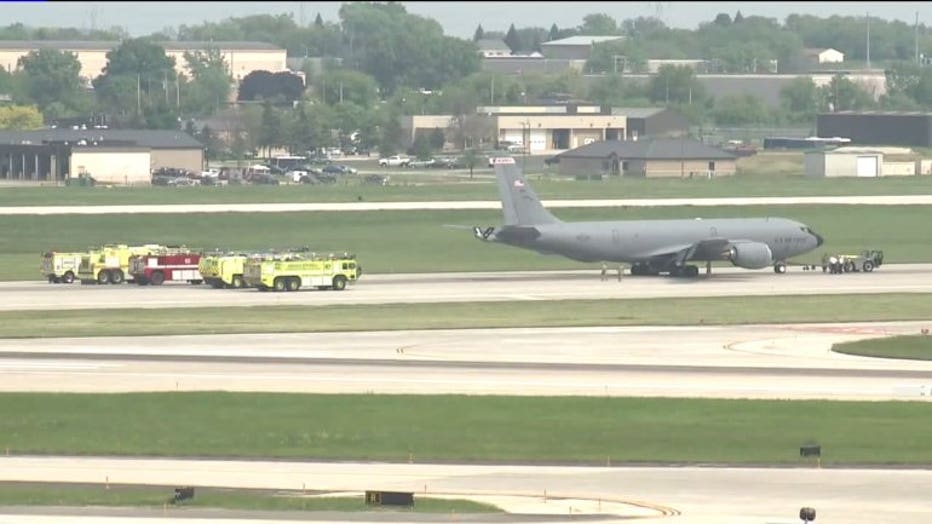 During the landing, two tires deflated, causing the aircraft to become disabled on the main north-south runway. 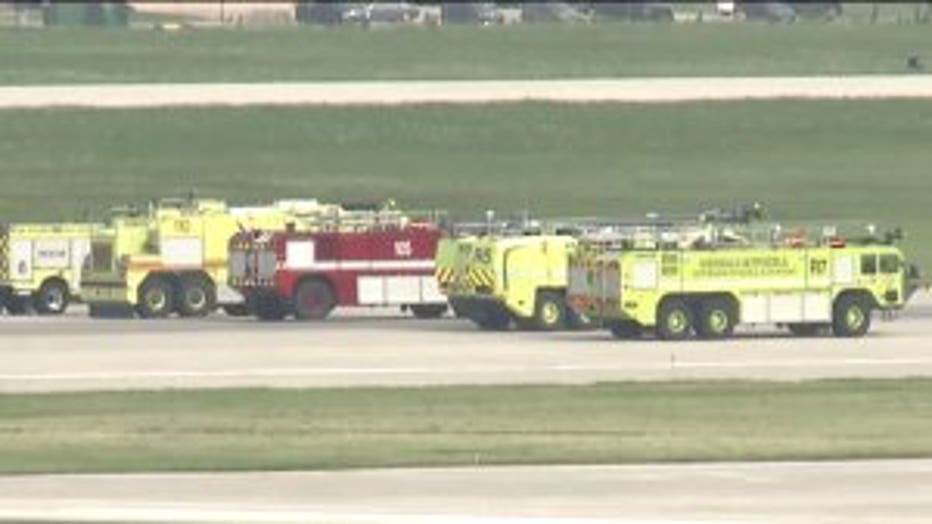 "There was some kind of a poof when they landed," said Ron Lampe, a bystander.

Nate Van Da Huvel was waiting for his niece who was flying in from Phoenix. But because of this emergency, she was redirected to Flint, Michigan, waiting for the runway to reopen.

"They were actually scheduled to be here a little ahead of time until this happened," Van Da Huvel said. 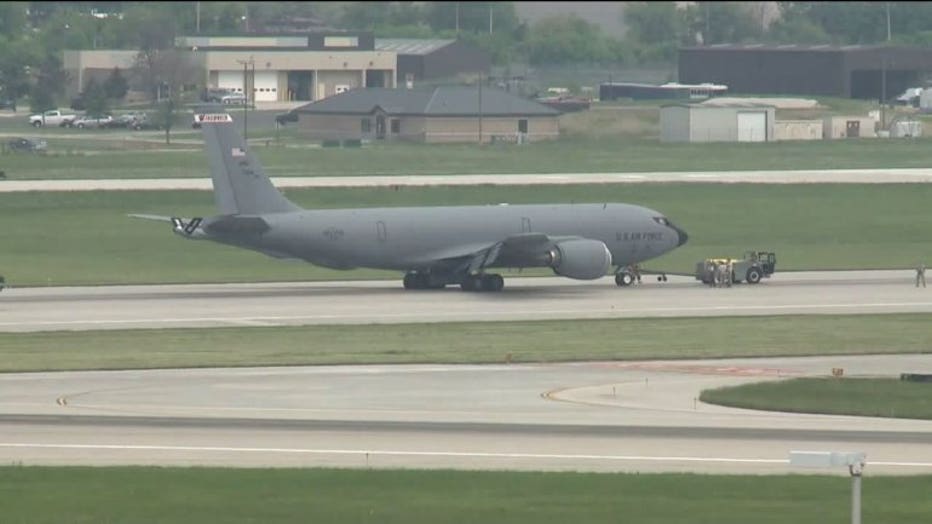 The 128 Air Refueling Wing Maintenance Group sent out a tow team to tow the aircraft off the runway.

After the aircraft was removed and the runway was inspected, officials re-opened the runways to airline traffic at approximately 4 p.m.

Some arriving/departing airline flights were delayed while the runway was closed.

An investigation into the cause of the emergency has been initiated.

There are two runways that normally handle commercial traffic. But one of them is shut down this summer for construction.