MILWAUKEE -- A man shot and killed by police on May 7 near 7th and Mitchell in Milwaukee was identified Monday, May 13 as Cesar Tomix Sarmiento-Molina. He was 34 years old.

Officials with the Milwaukee Area Investigative Team said the man died at the hospital, with preliminary autopsy results revealed his death was the result of firearm-related trauma. Additional testing was underway as of Monday.

A second person was arrested at the scene. Formal charges had not been filed as of Monday.

Police were in the area on the morning of May 7 -- searching for Victor Cintron Jr., wanted for a homicide that happened Friday, May 3. 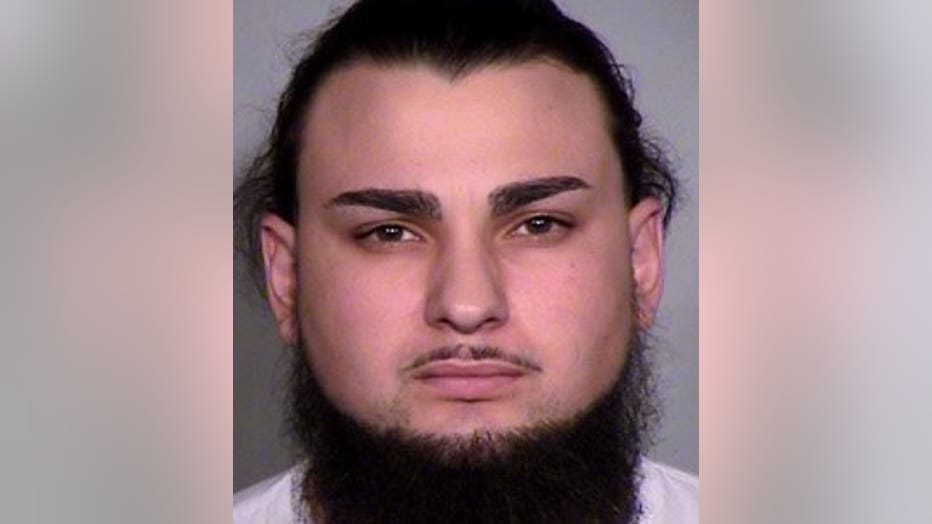 Milwaukee Police Chief Alfonso Morales said officers were in the area conducting surveillance -- with an arrest warrant issued for Cintron. Prosecutors said Cintron, who was issued a CCW permit in 2017, opened fire on a vehicle containing the mother of his child, Lexi Rivera, and her boyfriend, Jose Rodriguez near 27th and Hayes. Rivera told FOX6 News Rodriguez threw his body over Rivera to protect her and their unborn child. Rodriguez was shot eight times, prosecutors said, and died as a result of his injuries.

While police officers were conducting surveillance shortly before 10 a.m. , officials said two men, one who was masked and armed with a semi-automatic weapon, approached the officers' vehicle. The officers (a detective and two officers assigned to the "Specialized Investigations Division") were in plain clothes.

Chief Morales said the officers feared for their safety and believed they were going to be robbed. Two officers fired shots at the armed and masked man, fatally wounding him. His handgun was recovered at the scene. The second man, 18, fled from officers and was taken into custody after a short pursuit.

Chief Morales said the man who died had a warrant for his arrest with the Milwaukee County Sheriff's Office for burglary.

Police said it wasn't immediately clear whether the two men involved in the officer-involved shooting incident had any connection to Cintron.

The Waukesha Police Department was named as the lead agency to investigate the officer-involved shooting.

Chief Morales promised a Community Briefing on this officer-involved shooting within the next 45 days (by June 21).