The crash happened near 27th and Burleigh, after an armed robbery near Teutonia and Hope around 1:00 p.m.

Police said two suspects attempted to rob the victims, obtained the victims' property and fled in a vehicle. 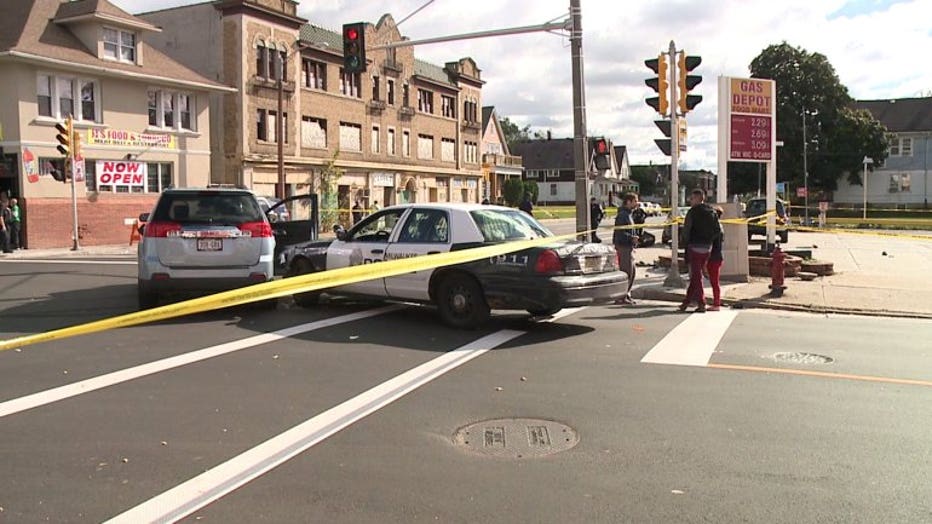 The victims of the robbery chased the suspects in a vehicle, and as the vehicles entered the intersection of 27th and Burleigh Street, the suspect vehicle, a green Honda, struck another vehicle, which was forced into a Milwaukee police squad car, stopped for a red traffic signal.

All of the vehicles suffered severe damage. 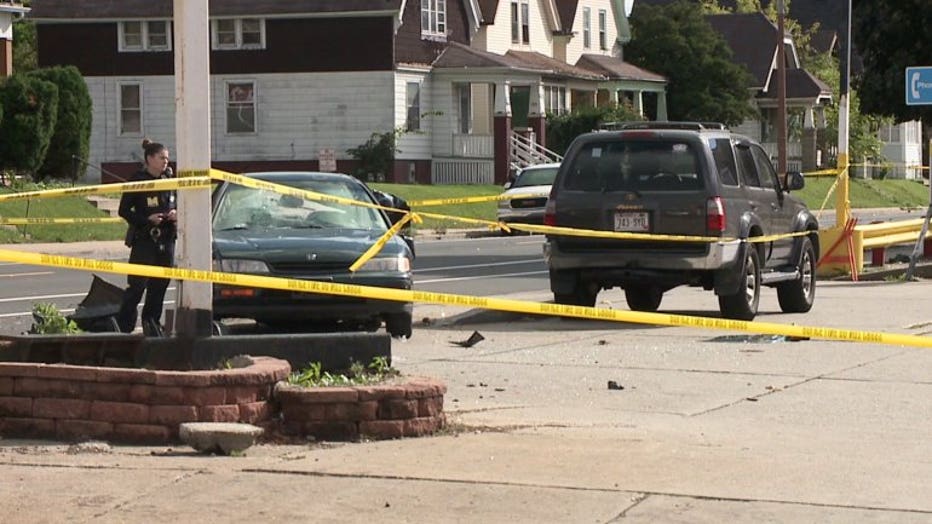 The driver of the suspect vehicle fled on foot. He was later arrested.  He faces potential charges of armed robbery, duty upon striking causing injury, and recklessly endangering safety.

The passenger of the suspect vehicle was arrested.  He is a 20-year-old Milwaukee man who is on probation for armed robbery. 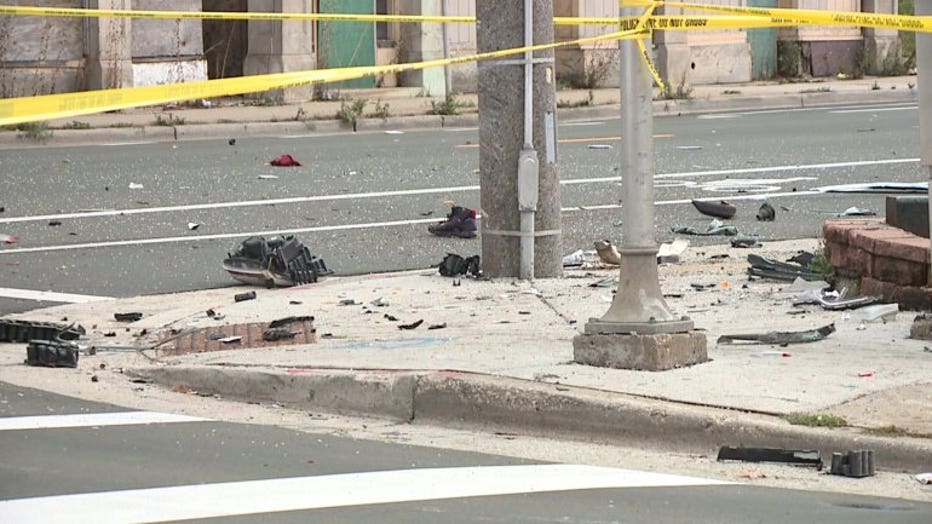 Two officers were in the squad and suffered non-life threatening injuries.  They were treated and released from a hospital along with the occupants of the second vehicle.