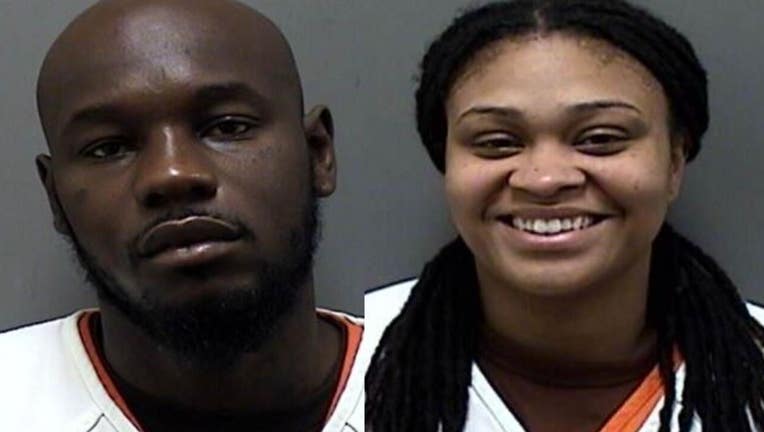 RACINE, Wis. - A man and woman from Milwaukee are charged after prosecutors say the man bit a deputy trying to arrest him at a Racine roller rink Sunday, Sept. 4.

Liatifah Curtis, 31, and Jovany Butler, 29 each face one count of obstructing an officer and one count of disorderly conduct. Additionally, Curtis faces one count of battery to a law enforcement officer.

Police responded to the Star Roller Rink on Sycamore Avenue Sunday and found the owner breaking up an argument involving several people on the skating rink floor. An officer tried taking Butler out of the facility, but he refused to leave, yelling profanities at police. After several warnings to leave, prosecutors say Butler kept yelling and swearing, a crowd of around 100 gathered around.

According to the criminal complaint, two women tried to wedge themselves between Butler and police, refusing to move. One was Curtis, who "wedged herself forcefully onto Butler," prosecutors say.

At one point, Butler started walking toward the door, but he then changed his mind and refused to leave, the complaint says. When advised he was under arrest, he said he "was not going to jail."

Prosecutors say Curtis refused to move so Butler could be arrested, yelling at police that they were not taking them to jail and there was nothing they could do.

During the ordeal, a deputy who arrived to help with the arrest was bitten in the arm by Butler, prosecutors say. The deputy was taken to the hospital for treatment.

Butler was ultimately taken to jail in a transport van.

Butler and Curtis made their initial appearances in court Tuesday. Butler received a $500 signature bond while Curtis' cash bond was set at $500.