NWS: Two EF1 tornadoes touched down; one in Lake Geneva, other near Big Bend

NWS: Two EF1 tornadoes touched down; one in Lake Geneva, other near Big Bend

The good news, there were no deaths from the storms. But there was plenty of damage.

"Our machine shop, the roof was blown off. He's out of business today, he needs a roof to operate," said Shane Hinrichs.

The tornado, which the National Weather Service meteorologists say blew a 200 yard, 10 mile path -- there was no time for warning sirens or even an official tornado warning before it hit.

"We did determine it was a tornado that struck the Lake Geneva area just before 9 p.m., and moved in a northerly direction north to northeast," said Steve Hentz, National Weather Service.

As for the Walworth County tornado, the National Weather Service meteorologists say it blew a 200 yard, 10 mile path -- there was no time for warning sirens or even an official tornado warning before it hit. 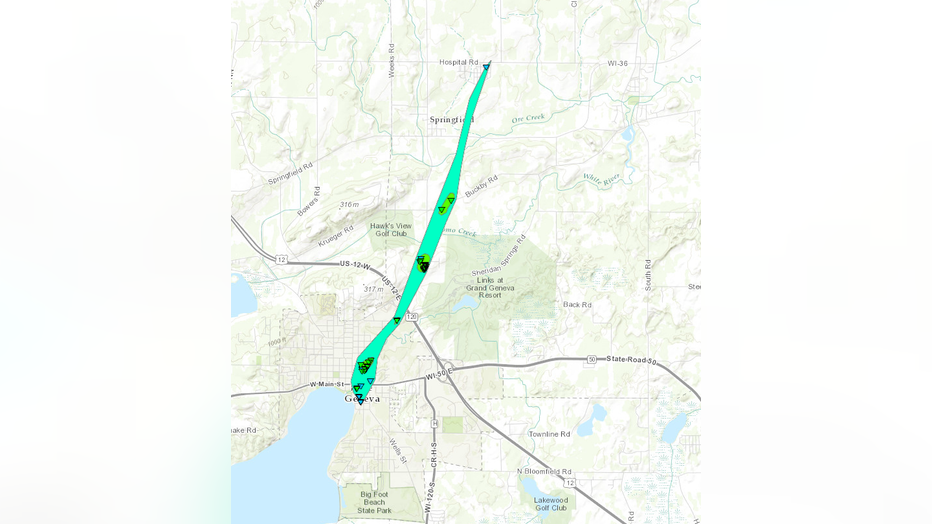 A storm damage report released by the Wisconsin Emergency Operations Center on Wednesday says one thunderstorm may have produced a tornado near Lake Geneva around 9:15 p.m. Radar at the National Weather Service (NWS) in Sullivan indicated rotation in the system starting in the Lake Geneva area and intensified near Mukwonago and Big Bend. NWS officials have confirmed that the damage in Walworth County was caused by a tornado.

Here's a brief summary of the damage done in Walworth and Waukesha Counties late Tuesday:

CLICK HERE to learn more about the Enhanced Fujita Scale for tornado damage.