ASHWAUBENON — A Green Bay mother is facing charges, accused of driving while intoxicated when she crashed her SUV -- with three kids inside -- against a tree, through yards and onto a rock. According to WLUK, her BAC was three times the legal limit.

According to the criminal complaint, on Friday, May 10, officers responded to a home on Cormier Road in Ashwaubenon for a vehicle which was stuck on a large rock in the middle of a landscaping area.

Police discovered the vehicle left the roadway, drove between two houses, struck a tree, continued through a yard, and struck a utility pole before becoming wedged on the rock.

The driver, Mencheski, couldn’t provide police with the names or ages of the three children in the vehicle, prosecutors said. Police later said the children were 5, 2 and 3 months.

When asked to perform the field sobriety tests, she responded with, "I am too fat and wobbly to do this", "I am too drunk", and "not gonna lie, I'm drunk,” the complaint stated.

A preliminary breath test showed a blood alcohol level of .240 -- three times the legal limit. The results of a blood test were not cited in the complaint, WLUK reported. 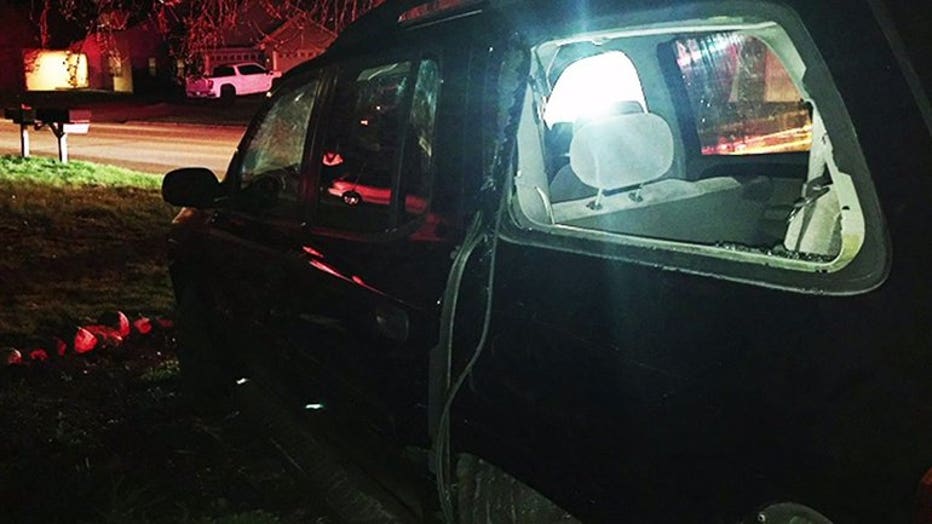