MILWAUKEE -- Landlords cannot evict tenants in Wisconsin during the COVID-19 crisis, but what if your landlord asks you to get out anyway? One such request left a building near 51st Boulevard and Hope Avenue in Milwaukee full of anxious tenants confused and upset.

"I feel like this is really not fair," said Bri.

First, Bri lost her job as a nanny.

Then, she got a letter from the company that just bought her building, asking that her apartment be "vacated as soon as possible." 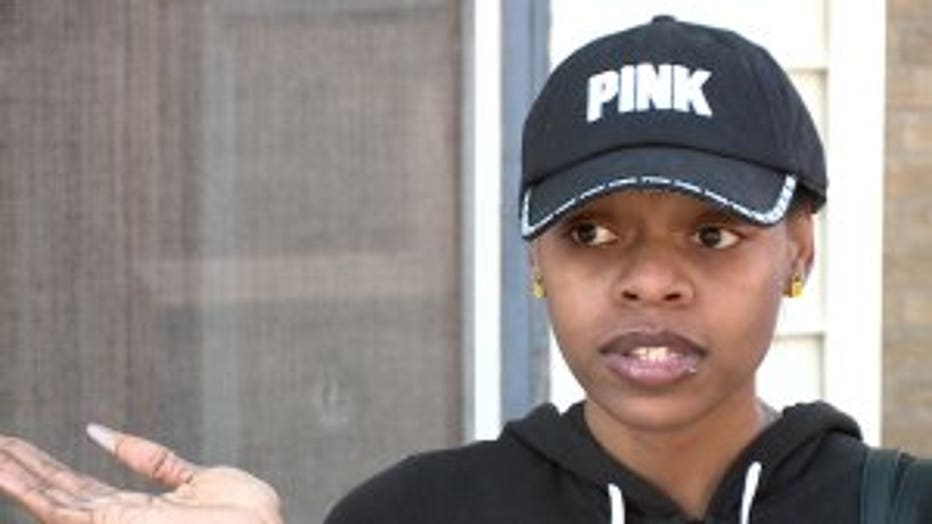 "It told me I have to move immediately, basically, I felt like it meant," said Bri. "I thought the letter was extremely unfair."

Roneisha Ramsey got the same letter, and the same impression.

"They told me I basically had to move," said Ramsey.

The letter was dated April 1, five days after Governor Tony Evers banned all evictions in the state due to COVID-19.

"So, the timing is terrible," said Raphael Ramos with Legal Action of Wisconsin.

Ramos is the director of Legal Action's Eviction Defense Program.

"It's easy for people to misinterpret that as an order, as a directive to move," said Ramos. 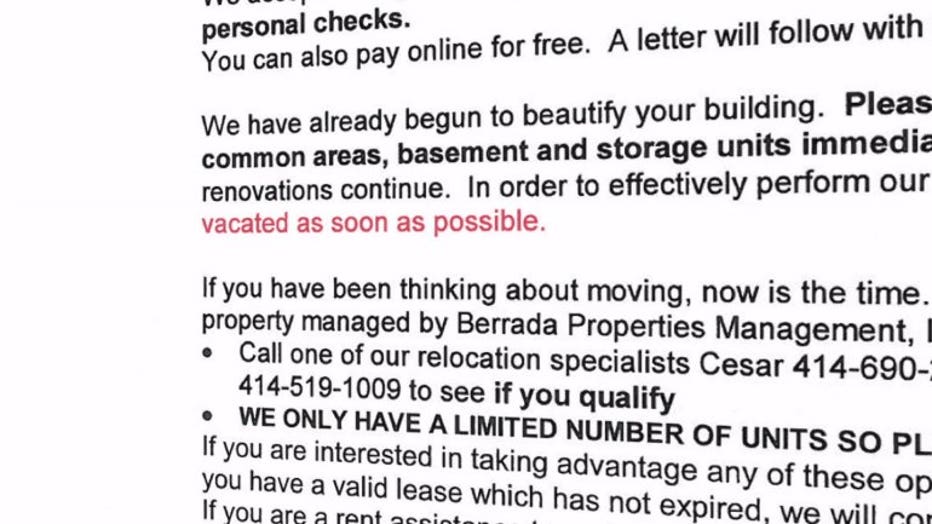 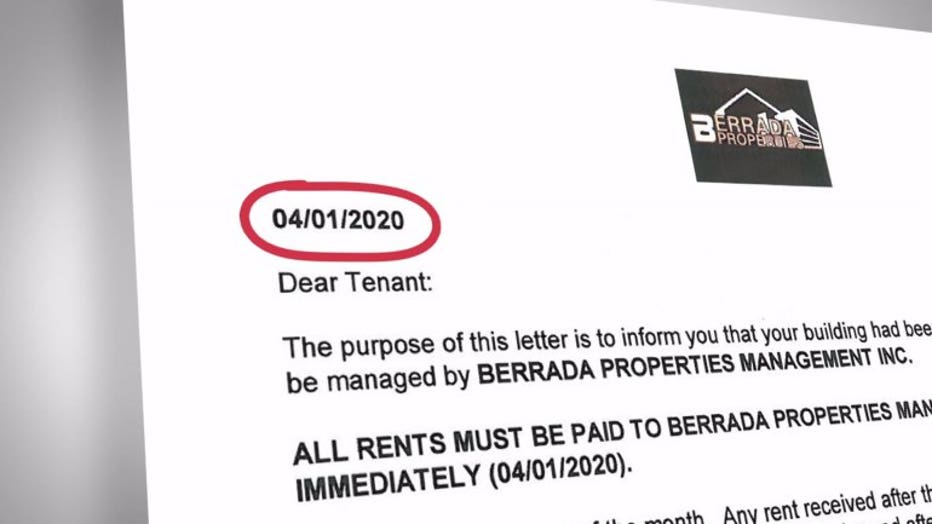 An attorney for Berrada Properties apologized for any confusion, saying the letter merely gives tenants the option to move while the building is being renovated. In other words, it's completely voluntary, but at first, the company did nothing to clarify the confusion with tenants.

"They told me that it wasn't an option for me to stay here at all," said Bri.

On Friday, April 3, a Berrada representative told a tenant who asked whether there was a specific time she needed to be out, "We give you the 30 days."

"They tellin' y'all one thing, and they tellin' us another," said Bri. 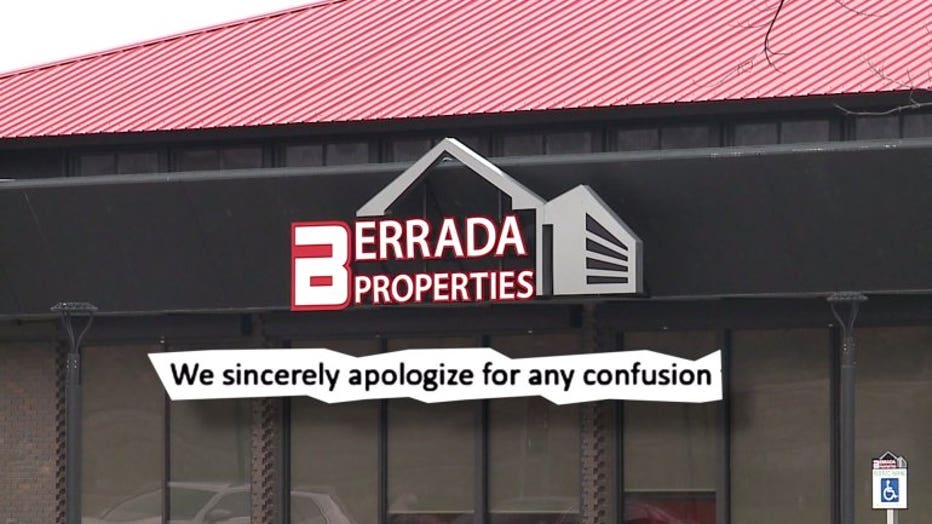 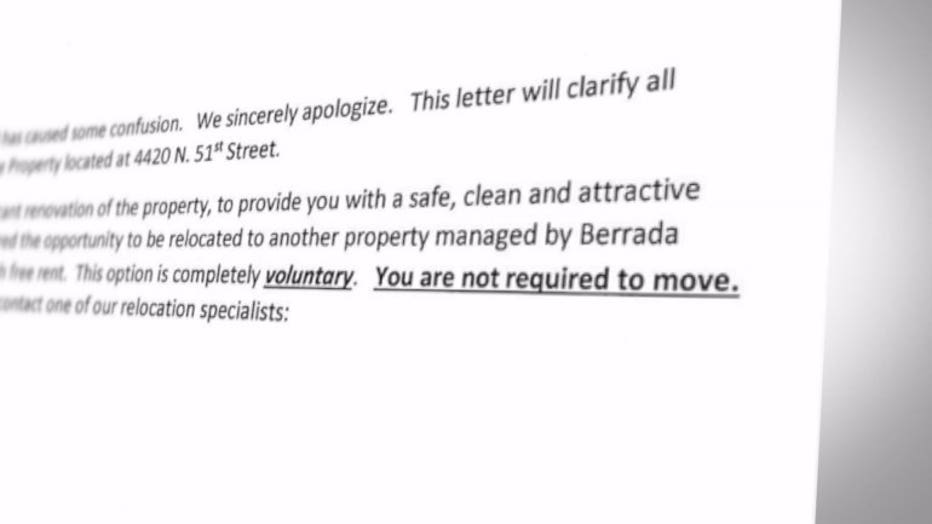 Berrada Properties declined an interview request from FOX6 News, but after an exchange of emails, the company sent tenants a second notice, with bold, underlined print emphasizing, "You are not required to move" -- welcome news to Bri.

"I'm scared to go in and out of apartments with this COVID-19," said Bri. "Like, I don't know where people have been."

"Some of the language that's used can seem like you're being asked to move out," said Ramos.

Ramos said there probably is a distinction between a landlord asking you to get out, and forcing you.

"There is a fine line, though, in how you're communicating that information," said Ramos.

Governor Evers' evictions ban does not relieve tenants of the obligation to pay rent, but does offer temporary protection from eviction for all renters, regardless of their ability to pay rent during the COVID-19 crisis, and it still allows for evictions where there's an imminent threat of serious physical harm.