According to the Washington County Sheriff's Office, deputies were dispatched to the 3100 block of Kettle Moraine Parkway in the Village of Richfield around 4 a.m. for a suspicious male subject yelling for help and trying to gain access to an unoccupied neighboring residence.

Shortly after their arrival, deputies located a 24-year-old Richfield man in the area. The man claimed he was trying to access a residence recently purchased by his father, causing minor damage in the process.

The man had a minor injury to his head, which he alleged came from an earlier fight. However, he refused to identify an assailant. The man was subsequently evaluated by Richfield Rescue and later refused medical transport to the hospital. 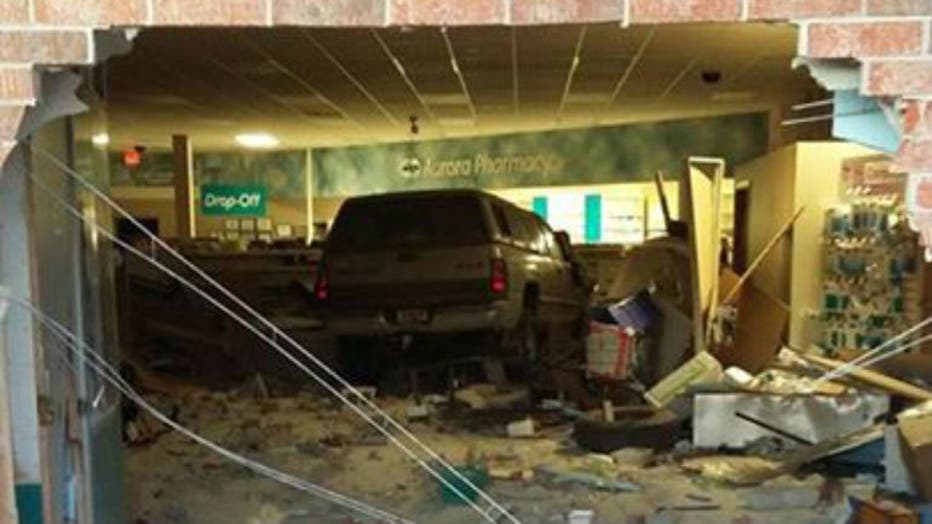 Shortly after 6:30 a.m., the Sheriff’s Office was notified of a vehicle that had driven through the front of the Aurora Pharmacy located at 1303 STH 175 in the Village of Richfield. 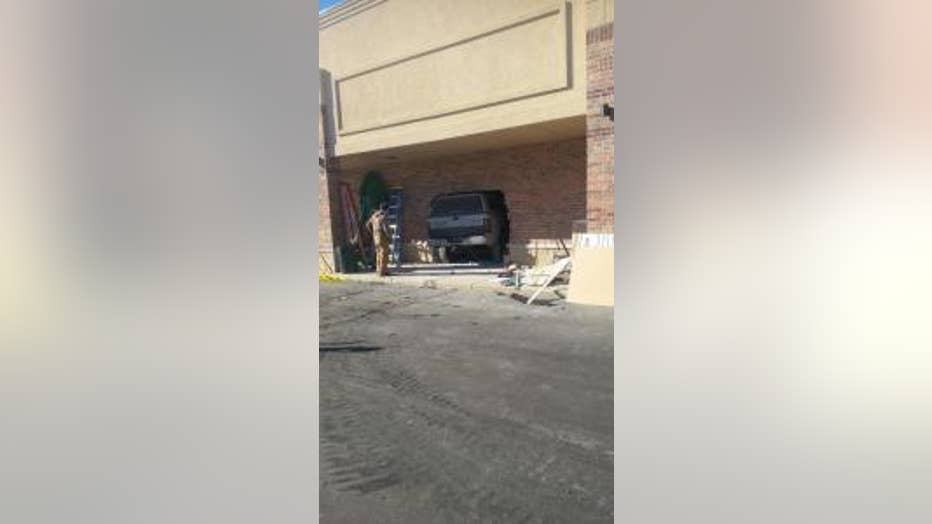 "Never seen nothing like this in my life and I'm old," said Norbert Weyer, co-owner of the building. "The structural, it's all cracked way up the corners on both sides. So that's all got to come down, it ain't gonna be just patching this hole in the wall."

At the time of the call, it was unknown if this was an active burglary attempt and/or if anybody was still in the store. Deputies and officers from the Germantown Police Department were dispatched to the scene.

"I was just driving and all the sudden I looked this way and I was like, I hit my brake and  I thought am I seeing something and then there was a hole and truck all the way into the store," said Georgieana Decker.

Upon officer’s arrival, a pickup truck was found to have crashed through the front of the store and was completely inside. No suspects remained on scene. A records check of the crashed pickup identified the owner as the same male subject previously located by deputies in the 3100 block of Kettle Moraine Parkway.

"There was no skid marks or anything so he had to be going pretty fast when he hit the building," said Tony Thrune, who works in the building adjacent to the crash. 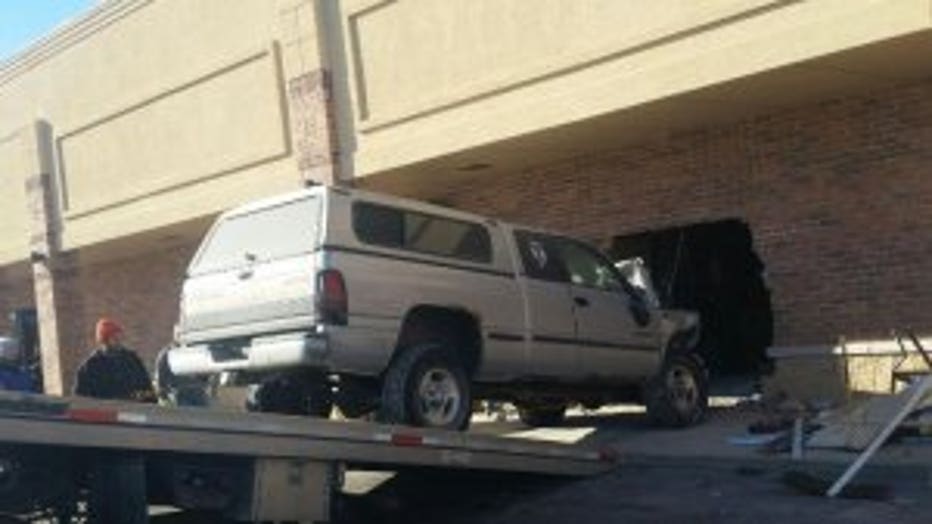 The store and Kettle Moraine Parkway are separated by approximately ½ mile.

A preliminary investigation revealed the following: At approximately 2:45 a.m. the man inadvertently turned west onto the pharmacy’s access driveway (likely believing it was an arterial road), and drove straight into the building. After the crash, the man fled the scene on foot and was later encountered by deputies in the 3100 block of Kettle Moraine Dr. The man had no affiliation with the house he was trying to gain access to.

Aurora Pharmacy sustained moderate structural damage and was not occupied at the time of the crash. The man was subsequently arrested and brought to the Washington County Jail for Criminal Damage to Property, Disorderly Conduct, Obstructing an Officer, and Possession of Cocaine.

Driver impairment appears to be the contributing factor, and the incident remains under investigation by the Washington County Sheriff’s Office.