LAS VEGAS (KLAS) — Health care, the environment and the economy are top issues for Nevadans who were surveyed for an 8 News Now/Emerson College poll just a few days prior to the Nevada caucus.

According to the statewide poll which questioned 425 people, 27.7% said health care was the single most important issue in deciding what candidate will get their vote. The environment was a major concern for 23.7% and 19.3% said it was the economy. 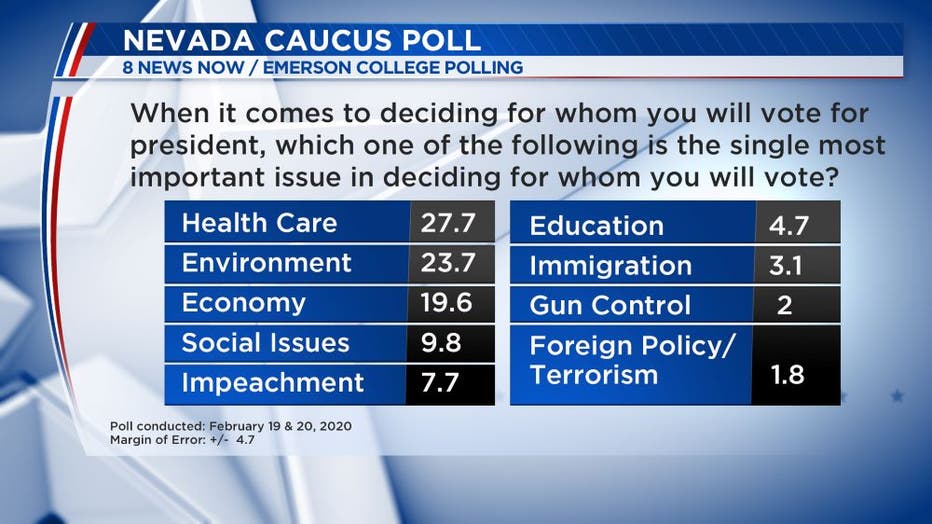 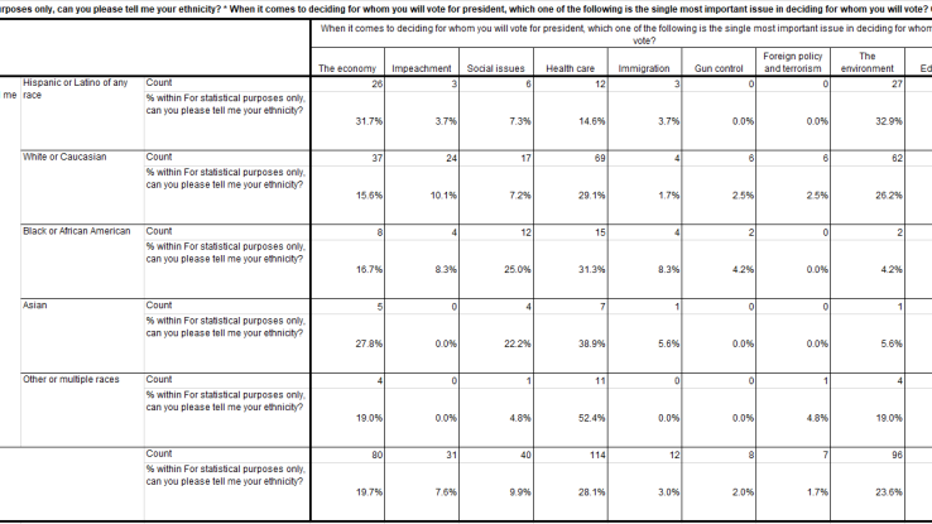