SPACE -- NASA's Juno spacecraft captured some out-of-this-world pictures of Jupiter. Colorful swirls of clouds seem to cover the fifth planet from the sun.

Officials say the images come from the 16th flyby of Jupiter -- adding they are some of the best glimpses of its atmospheric processes. 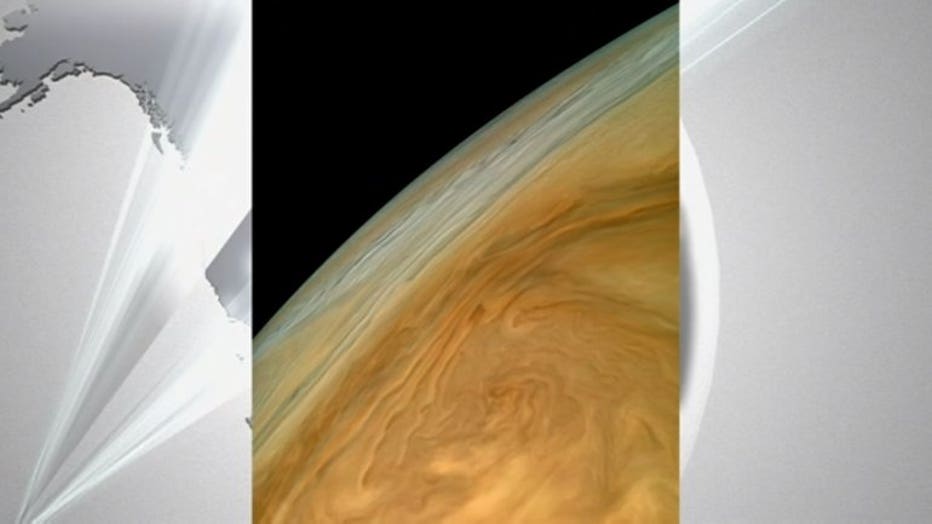 Flying a little over 2,000 feet above its surface, Juno was as close to Jupiter as San Francisco is to Chicago when it snapped the photos.

Scientists are even pointing out how one cloud resembles the shape of a dolphin. 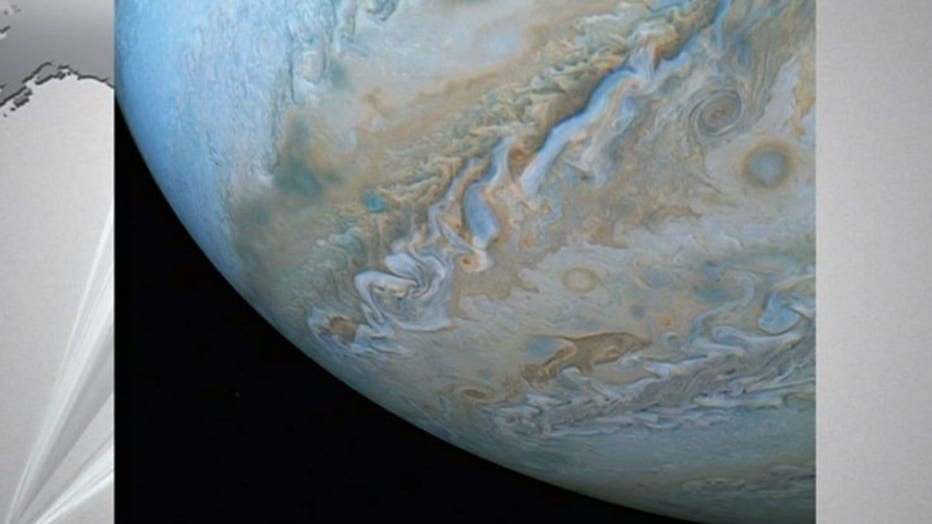