MILWAUKEE – A new Marquette Law School poll of Wisconsin registered voters released on Wednesday, April 1 finds strong support for government actions to control the coronavirus pandemic, even as the poll also shows these actions to be having a substantial financial impact on voters.

The economic impact is clear in this poll with 9 percent saying they have lost a job or been laid off. An additional 21 percent say someone else in the family has lost employment. Sixty-eight percent say there has not been a job loss in the family.

The poll was conducted March 24-29, 2020. The sample included 813 registered voters in Wisconsin interviewed by cell phone or landline, with a margin of error of +/- 4.2 percentage points.

Sixty-two percent think the Democratic National Convention, scheduled to meet in Milwaukee in July, should not be held as an in-person event, while 22 percent say it should meet as planned. 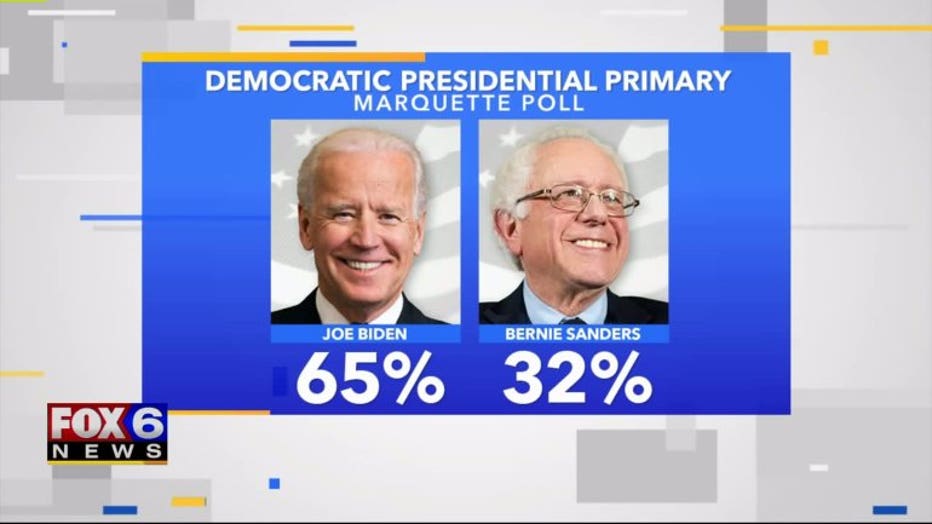 Since the last Marquette Law School poll in February, the Democratic primary field has shrunk to two candidates, Vice President Joe Biden and Sen. Bernie Sanders. Table 5 shows how support for each candidate has changed each month since November 2019. Biden held a small lead in November through January, while Sanders moved into first place in February. Those results are much different in the March poll, with Biden at 62 percent and Sanders at 34 percent. Among those who say they are absolutely certain to vote, or have already voted, in the Democratic primary, Biden receives 65 percent and Sanders 32 percent. Given the uncertainty created by historically high levels of absentee voting and the unknown levels of election day turnout, these findings should be viewed with more than the usual caution.

Democratic presidential primary preference items were asked of those who said they will vote in the Democratic primary in April. That sample size is 394, with a margin of error of +/-5.9 percentage points. 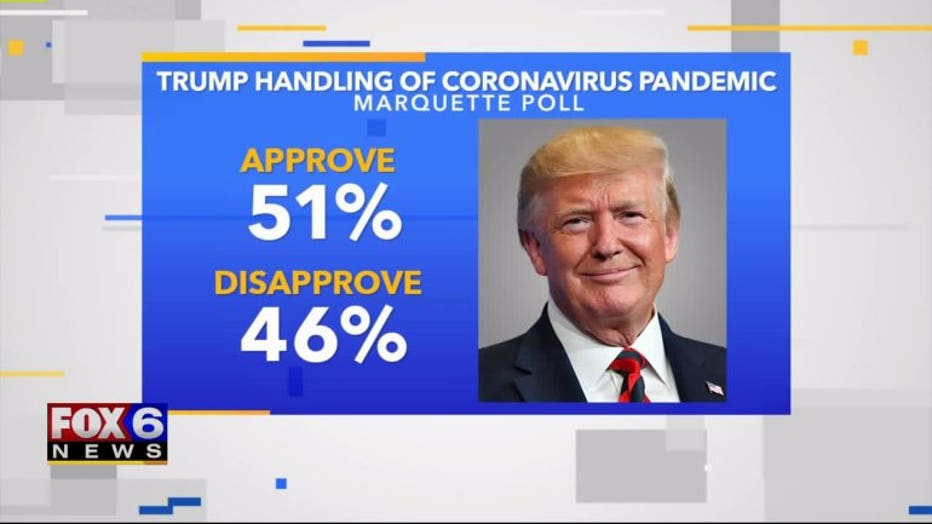 President Trump’s job approval is high among Republicans and low among Democrats, with a majority of independents approving.

The overall picture for family financial situations has slightly worsened in March, with a small decline in the percent living comfortably and a small increase in those who say they are struggling. In light of the economic impact of the coronavirus outbreak measured above, it is very likely that the full impact of this economic shock has not yet been fully felt by respondents.

In the new poll, 61 percent say the state is headed in the right direction, while 30 percent say it has gotten off on the wrong track. This is a notable rise in the right-direction percentage, perhaps reflecting the positive reaction, seen above, to measures taken to confront the coronavirus pandemic.

Gov. Tony Evers’ job approval stands at 65 percent, with disapproval at 29 percent. Six percent say they don’t have an opinion. This is a sharp rise. In February, 51 percent approved and 38 percent disapproved.

The entire questionnaire, methodology statement, full results and breakdowns by demographic groups are available at law.marquette.edu/poll/results-and-data.