"We’re almost in her second month of treatment. We’ll know more in a couple of weeks what the next phase will be," said Emily Watry, Norah's mom.

The Vikings dedicated the game to her. 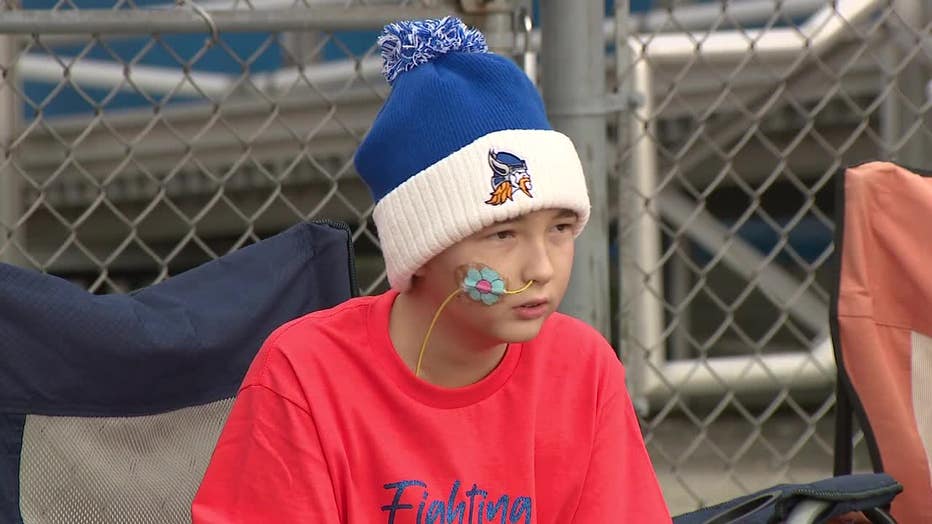 "I have no words for this. It’s amazing. I can’t believe how many people are here," Watry said.

Saturday's game comes after the football players shaved their heads for Norah.

"It definitely says they don’t want her to be alone, and they’re there for her. There’s nothing you can do to help her other than show her your support," Watry said.

The boys revealed their shaved heads during the game.

"I would say 27 boys shaved their heads," said Nikki Jansen. 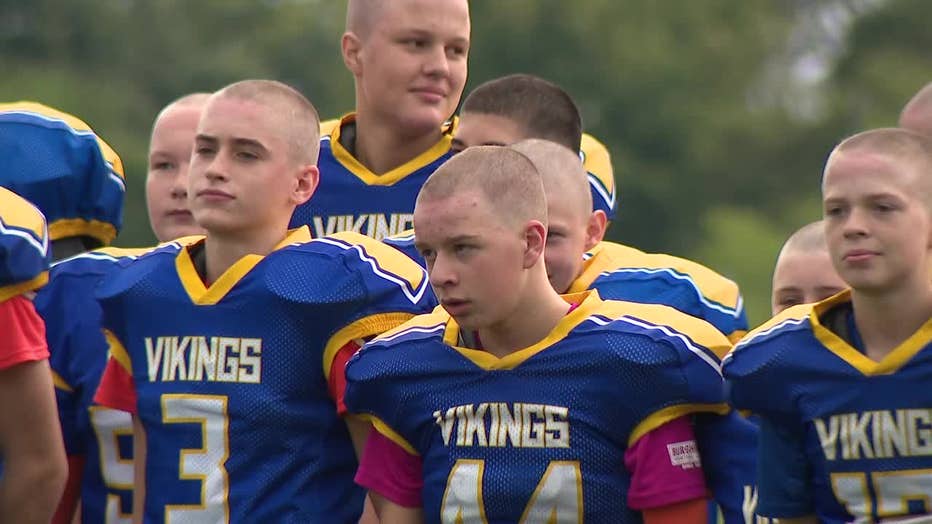 It was all a touching show of support that a girl and her family will not forget.

"We’re blessed to live in this community. There are no words," Watry said.