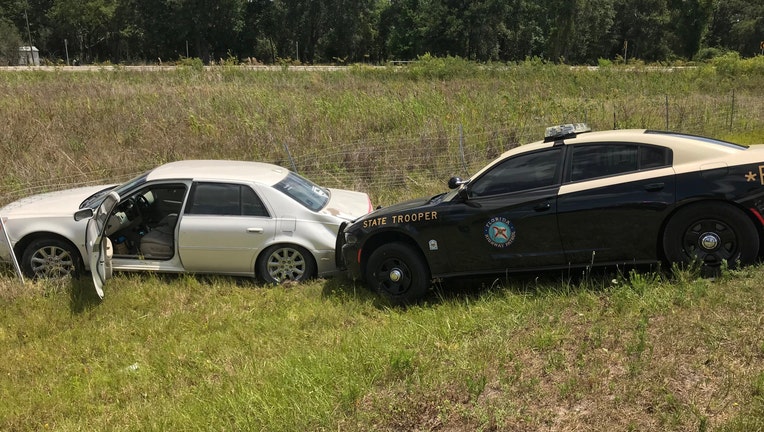 DADE CITY, Fla. - Rachel Lynn Stefancich, 24, of Plant City, was arrested Saturday after troopers say she drove a stolen vehicle at speeds of more than 110 miles per hour while eluding law enforcement along I-75.

According to the Florida Highway Patrol, the Gilchrist County Sheriff’s Office alerted law enforcement to be on the lookout for a stolen 2009 Cadillac sedan traveling southbound on I-75 in Sumter County around 10 a.m.

Troopers tried to stop the vehicle in Hernando County, but the driver fled and was clocked going more than 110 miles an hour while changing lanes and passing on the roadway shoulder.

The chase came to an end following a pit maneuver when the driver got off the interstate and exited onto westbound State Road 52 in Pasco County.

Troopers say Stefancich, who was almost naked, was taken arrested for grand theft auto, reckless driving, fleeing and eluding, possession of methamphetamine and driving with a suspended license.