MILWAUKEE -- There was an incredible show of support for a beloved bartender at the Milwaukee Brat House Monday night, Dec. 30 after James Hanson was struck by a vehicle and killed in a hit-and-run as she walked her dogs in the city's Bay View neighborhood on Christmas Eve, Tuesday evening, Dec. 24.

There was a party atmosphere at the Milwaukee Brat House, where Hanson worked, during the fundraiser, but also a somber mood as many friends and some complete strangers came together to raise money for her funeral and to support her family. 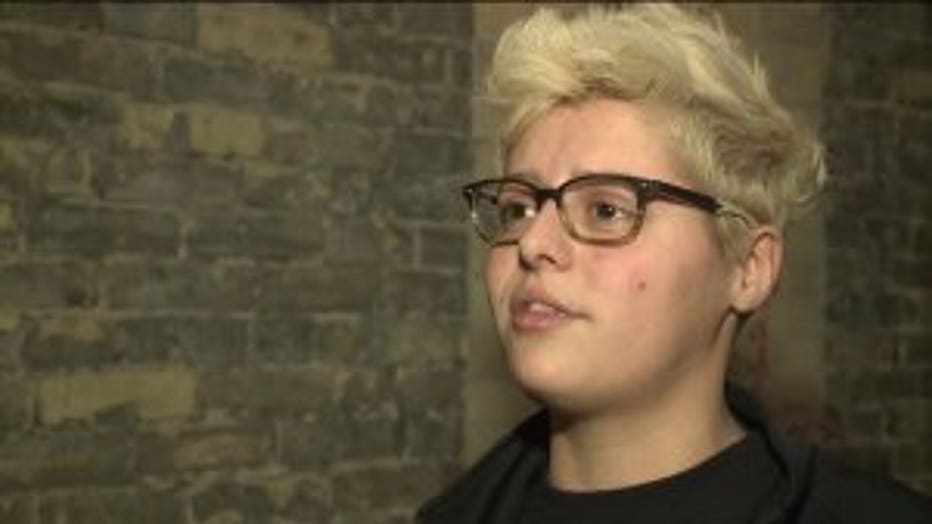 "She would hate it and love it at the same time," said Mo Crosby, Hanson's friend and co-worker.

"If she was here right now, she'd be running in a corner, not wanting any of this attention," said Gerit Verhagen, Hanson's friend. "One of my best friends, and worked with her for a number of years."

Hanson was the focus Monday night at the Milwaukee Brat House, where Crosby said just under 50 volunteer bartenders came in to host a dice tournament. Additionally, all shots were $3, and there was a silent auction with items including a Giannis Antetokounmpo signed jersey, a Pat Connaughton signed basketball, a Kenny Chesney guitar, and more.

"It's not surprising to any of us because we spent every day with her, but for the rest of the city to see how tight-knit our service industry is, it’s pretty awesome," said Crosby. "She would do the same for all of us -- anyone -- she would do the exact same thing." 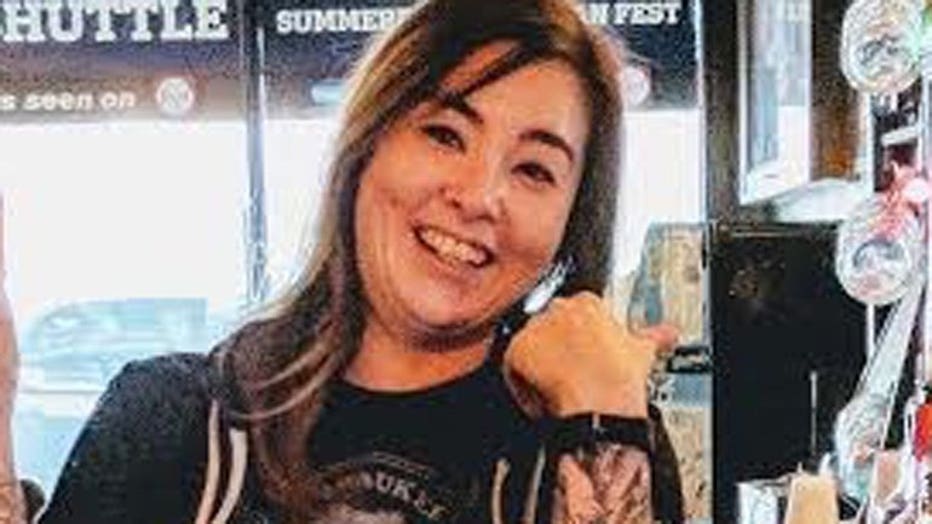 Police said Hanson was walking her dogs near Howell Avenue and Dover Street around 8:15 p.m. Tuesday, Dec. 24 when she was struck. Police said the vehicle was traveling at a high rate of speed -- and then fled the scene. The striking vehicle was last seen traveling south on S. Howell Avenue.

The vehicle was recovered Thursday, Dec. 27 after police received a call from a person who indicated it was parked near Forest Home Cemetery.

Reports released by the Milwaukee County Medical Examiner's Office state that the driver was described to "misjudge the curve in the road and drove up on the sidewalk." Witnesses said the vehicle fled southbound on Howell -- hitting a street sign and another vehicle on the west side of the street in the process.

As of Monday, the striking driver remained at large.

"I felt so sad, and I'm a dog lover," said Colleen Wenzel of Oak Creek. "I thought I'd come out to the benefit and contribute. I got here at 4:30 and the place was already packed, so I think that's great the community comes together to support this."

"I think it says a lot about James and what she stood for," said Meg Fox.

Hanson, a beloved Brat House bartender, has been called the cornerstone for many in Milwaukee's tight-knit service industry. 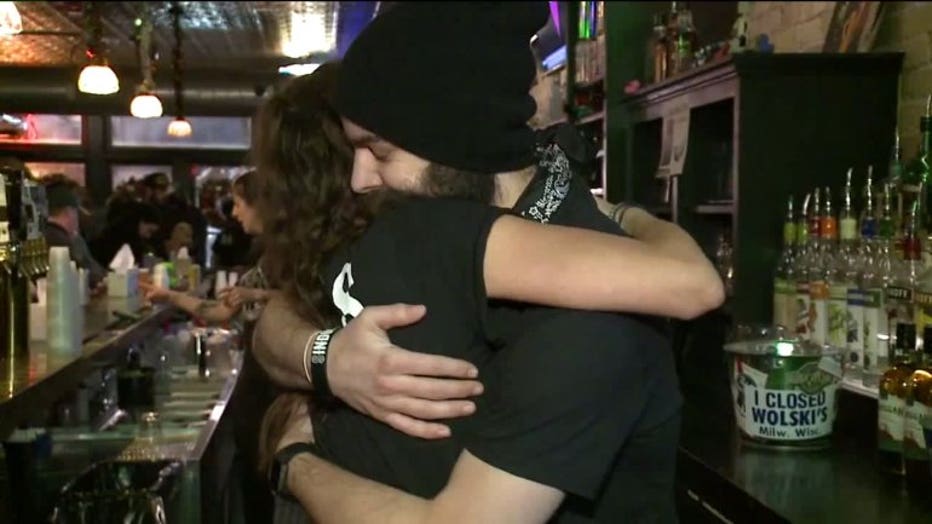 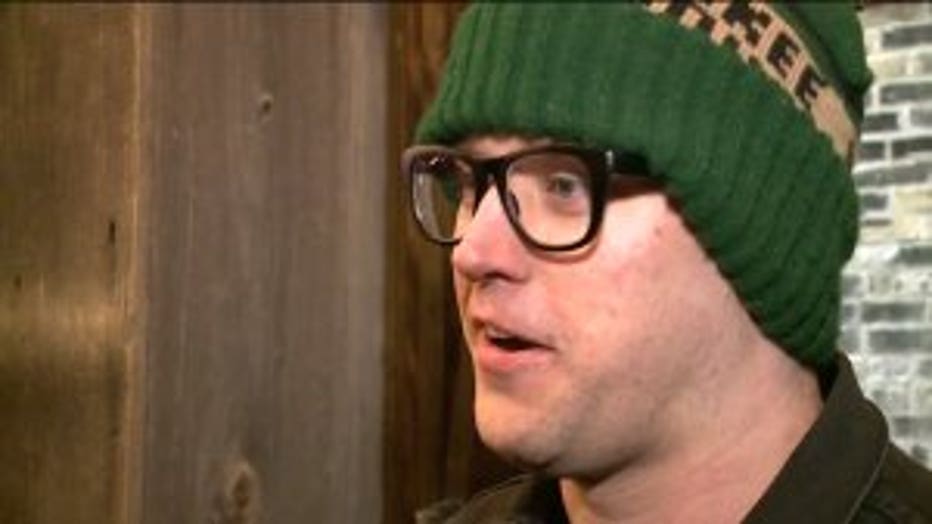 "She had been in the industry for so long, and you meet so many different people," said Verhagen. "People who, when she had been bartending as long as she did, they’ll be people that come to Milwaukee once or twice a year from out of state that will remember people, and James is one of those people."

"This is a good example of what happens with (the service industry) family," said Larry Fox. "They really love each other and are celebrating her life, and they're celebrating it with giving, and that's really good."

"Never met her personally, but everyone we know through the Brat House, and just the service industry, we could tell that she was very well-loved, and we just wanted to make sure we came down to support our Brat House friends and James," said Meg Fox. "Like I said, I didn’t meet her personally, but I know everybody talks about how she would come out for everybody. She was there. Whatever you needed, she was there. I just think it’s a wonderful tribute to her, to the Brat House family, and the service industry.” 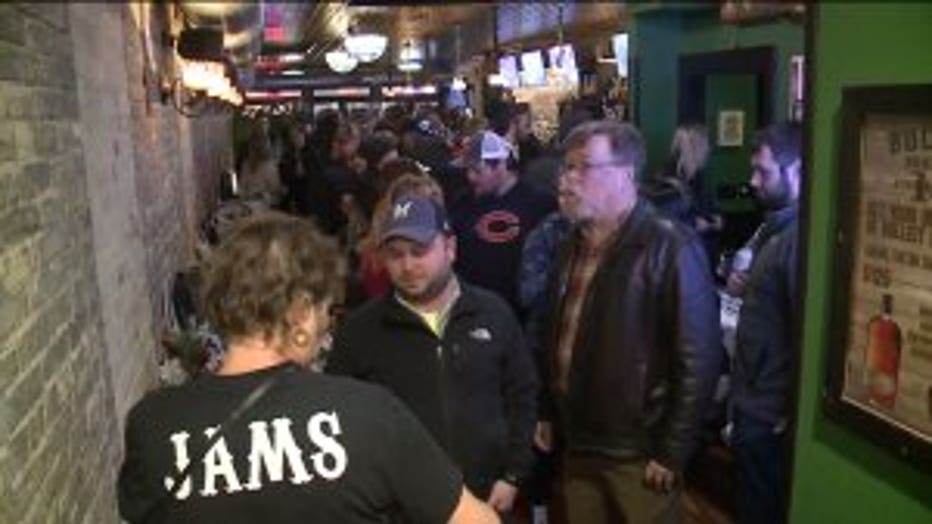 Milwaukee Alderman Scott Spiker in a statement Monday indicated Gingerz Sportz Pub and Grill was leading efforts by business owners on Milwaukee's south side to pledge money towards a reward for information leading to an arrest in the case. Spiker said Monday $10,000 had been raised.

"On Christmas Eve Milwaukee lost another life to a senseless reckless driving incident. 36-year-old James Hanson was walking her dogs when she was struck by a driver on the sidewalk. Just days later, more lives were lost to reckless driving on the city’s north side. My condolences go out to the families and friends of everyone involved in these incidents."

"Throughout these repeated tragedies, the Milwaukee community has proven resilient and supportive of one another. Local establishments on the south side, led by Gingerz Sportz Pub and Grill, are pledging money as a reward for anyone who comes forward with information about the driver in the hit and run of James Hanson. So far, nearly $10,000 has been raised. There will also be a fundraiser this evening at the Milwaukee Brat House on Old World Third Street in support of the Hanson family."

"The service industry coming together to show support for one of their own is truly inspiring, but the events of the last week underscore that Milwaukee can’t stand to lose any more lives at the hands of reckless drivers. I hope people take the time to slow down, think, and act responsibly while driving as we continue to work towards making our streets safer for drivers and pedestrians."

"The driver in the Hanson hit and run is still at large, and I encourage anyone with information to call the Milwaukee Police Department at 414-935-7360 or Milwaukee Crime Stoppers at 414-224-TIPS."

If you were unable to attend the fundraiser but would like to donate, a GoFundMe.com account was set up in James Hanson's honor.